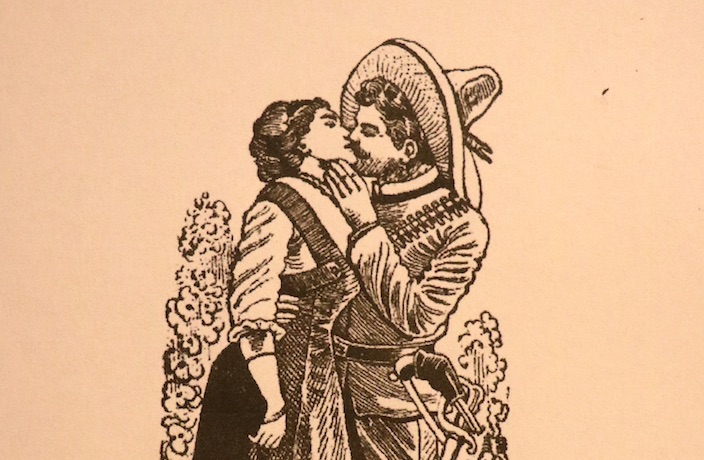 While we’re able to find tacos in just about every district these days, when it comes to authentic Mexican cuisine, the city is starving. Newly opened Bésame Mucho is rapidly making a name for itself by serving up the hidden flavors of Mexico. Gone are sizzling fajitas and other Tex-Mex staples. Instead, patrons are met with traditional tastes from all over the country.

We started our night in North Mexico with the tangy tuna ceviche (RMB38). Embodying the ethos of Bésame Mucho to do something different, this seafood dish is turned literally upside down with the tostada crowning the carrot, cucumber and spring onion mix. 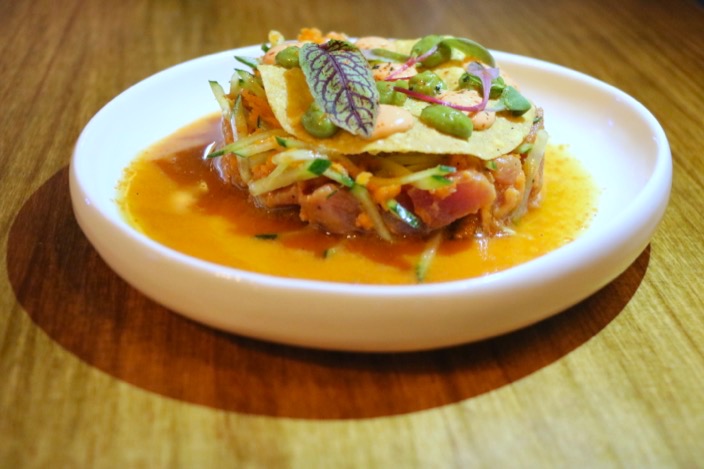 From the Mayans of the Yucatan Peninsula come pan de cazón (RMB88): four layered tortillas with a garlic, white bean and baby shark filling. This softly textured dish is served at room temperature yet still brings the heat thanks to the habanero-infused tomato sauce dressing. 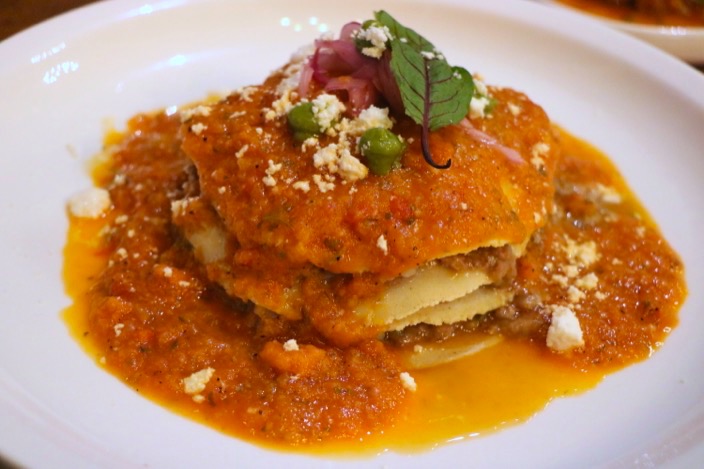 Continuing our gastronomic journey was the Oaxaca region’s tlayuda (RMB88). Familiar-looking yet unlike anything we’ve experienced from Latin cuisine, the team at Bésame Mucho have brought the classic street dish inside and turned it into a vegetarian culinary experience. Fresh onions, tomatoes and leafy greens top a homemade mole-covered roasted tortilla. While traditional, the crispiness may have been too sharp of a contrast from a meal that’s been gentle and delicate.

Our trip soon ended with a smoky mezcal (RMB58), which is to be sipped, not unlike a grappa or limoncello after an Italian feast. 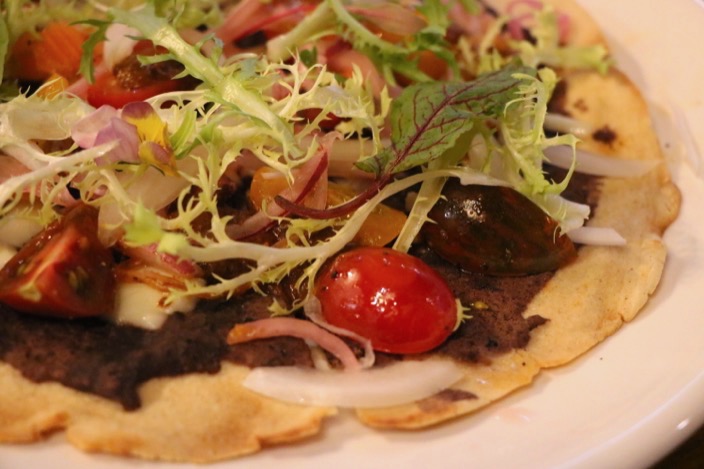 If traditional Mexican gatherings consist of family and festivities, then Bésame Mucho is well on the way to recreating that atmosphere on a nightly basis. From live music, Spanish classes, open mics, salsa nights and more, the team is cultivating a home-grown community from within the walls of a fine dining restaurant. It’s in this contrast that Bésame Mucho shines. Whether it’s favoring traditional meals, reimagining old favorites, or sipping – not shooting – liquor, the desire to be different is successfully serving something new to Shenzhen’s developing Mexican culinary community.