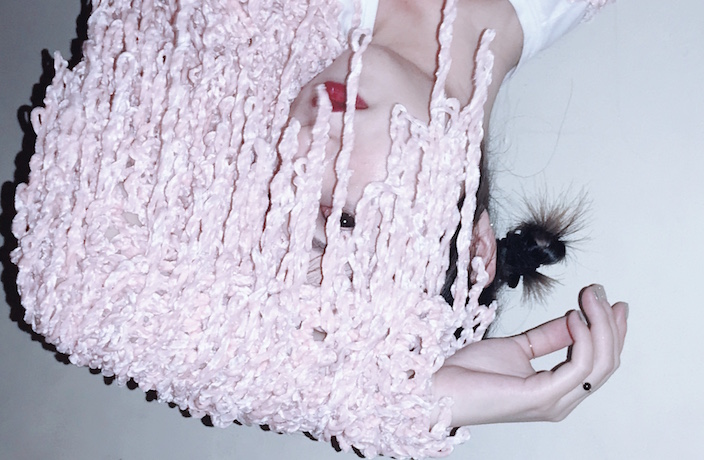 Luxixi is no stranger to the underground party scene in Beijing and has become one of the city’s most prominent producers. In addition to playing DJ sets and making her own tracks, she also runs a promotional company, THUVDR, and champions a space for female artists in the capital. Later this summer, she’ll be taking her show on the road, so we caught up with the mix-master herself to talk about expanding the scene and her future plans.

So you started off as a DJ – how did you make the transition into becoming a producer?
I have a friend who once said every DJ wants to become a producer, and I think he’s right. It’s true for me at least, but I’m only ever going to make the kinds of sounds that I like. The thought of becoming a producer really stuck with me. Then, when I realized that mixing different tracks up can give you an entirely new feeling, I made some mash ups. But once I got involved, I found that mash ups just weren’t enough for me.

How did THUVDR get its start?
Initially, it came about because we just felt terrible about living in Beijing. No one was booking artists we liked, and everyone we were into would book gigs in Shanghai instead. We started to play with the idea of running a party label in Beijing on our own, so we could help push music we liked while bringing through who we want.

What are you trying to do with THUVDR?
When we started in 2016, we just wanted to have fun and let more people know about club music that isn’t techno. Hard drum, reggaeton and music that doesn’t really fit into a genre still has a pretty small audience in China, but is big in some other places. We just want to do more for the club scene, beyond throwing parties in Beijing, and THUVDR will be a part of that platform.

Do you think it’s important to have a gender balance within the music scene?
I really want people to care less about gender and just focus on the music itself, but it’s impossible in the current landscape. We want there to be a balance, which is why we are encouraging women to do what they love, and that includes my own work. I think women are more sensitive with the music they play, with what they select, because they care more about the reaction of people on the dance floor.

How would you describe the music scene in Beijing? Is it difficult to break into or quite open and accessible?
It’s quite open actually, but we face one big problem – there just aren’t too many venues.

What do you have coming up that people can look forward to?
We are having tours in August and September with two outstanding record labels, N.A.A.F.I and Fractal Fantasy. It’s a great experience to feel each city’s club culture live, and we’ll be hitting Shanghai, Hangzhou, Shenzhen and Beijing in August. We’re still working out the details for September, but we want it to be bigger, to also include Chengdu, another city and a few countries outside of China like Indonesia.