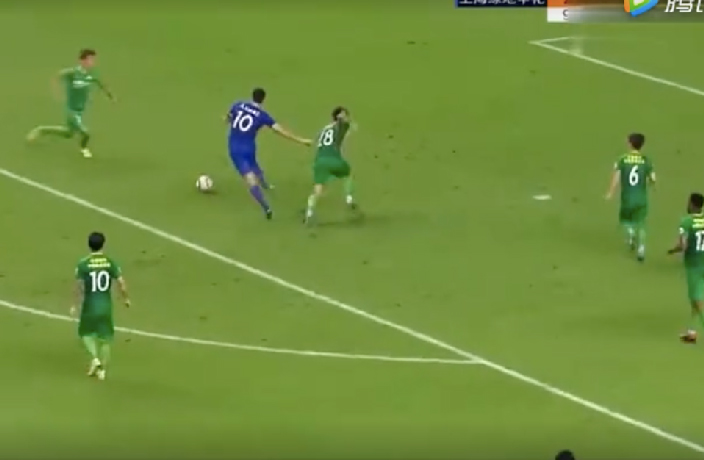 With just a minute to go, Beijing Guoan were leading arch rivals Shanghai Shenhua 2-1 at Hongkou Stadium on Saturday night, and heading for a win that would take them three points clear at the top of the Chinese Super League.

Enter the fray supersub Wei Shihao who, with his very first touch, inexplicably slammed the ball into the back his own net with an unstoppable thunderbolt of a strike, much to the delight (and amusement) of the home crowd.

The resulting 2-2 draw meant Beijing only went a point clear in the CSL table, and could lose the top spot to Shanghai SIPG or Shandong Luneng, who both play tomorrow night. And, given that this is the most hotly contested season in recent memory, who knows how costly those two dropped points might be come the end of the season?