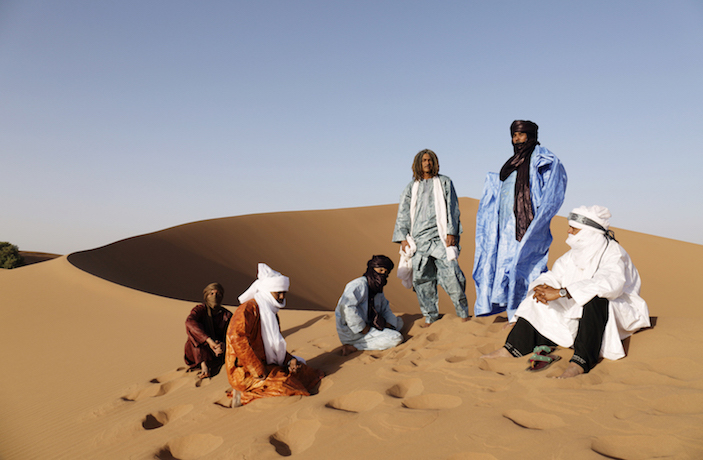 A band with an exceptional backstory can liven up a press release or fill a Spotify bio with a more energetic description, but for the musicians of Tinariwen, their origin is more meaningful than that: it is the reason they formed and what drives them to continue making music.

Established in 1979 in Algeria by a group of Tuareg musicians from Mali, Tinariwen began as local collective that performed at weddings and gatherings of friends while much of the Tuareg community was in exile or refugee camps due to the political climate in their home nation.

The community that they performed for during this early period named the band Kel Tinariwen, or ‘Desert Boys’ in the Taureg language Tamasheq. The band later shortened their name to just Tinariwen, or ‘Deserts.’ Their music, simultaneously low-key and folksy while also emotionally and politically charged, came to be described as ‘desert blues.’

In the 90s, as Mali experienced a more stable political climate, Tinariwen began focusing on music full-time, catching the attention first of the French world music community and then gradually the rest of the globe.

Tinariwen make a point to keep their culture central to their aesthetic, and perform wearing traditional Tuareg clothing, though some members have a penchant for leather jackets and jeans when not performing.  Though a few of their number have achieved notoriety individually – mainly Ibrahim Ag Alhabib for being the founder of the band – the group is a musical collective who regularly introduce new members and rotate their roster. The same group of musicians has never toured twice, which keeps an emphasis on the music above all. 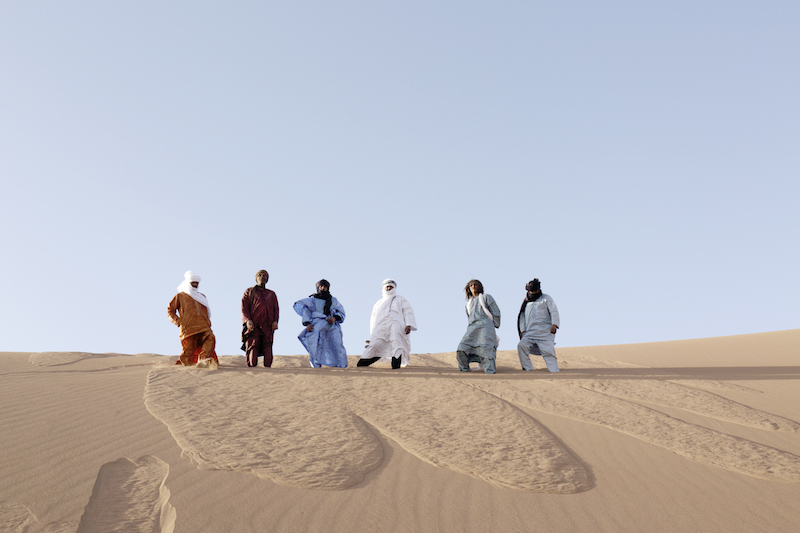 The ‘desert blues’ moniker is used to describe them most often to the outside world, but Tinariwen themselves describe their brand of melancholic, guitar-driven blues-rock as ‘assouf,’ a style of Tuareg music based in nostalgia.  Similar concepts exist in musical cultures around the world, according to Alhousseyni. “Assouf can be compared to Saudade in Brazilian or Fado in Portuguese,” he says. “It’s a feeling of nostalgia about the old days when the Tuaregs were the free people of the desert, without borders.”

The delicate melancholy of assouf that the band explores in each album evokes strong feelings in anyone that misses home or a bygone era, and it carries through to the listener despite the fact that the group sings primarily in Tamasheq, a language few can speak outside the Sahara region. This universality has played a major role in their moving from a group that performs locally for its community to releasing records internationally, winning a Grammy for their 2012 album Tassili, playing major festivals the world over and collaborating with everyone from TV on the Radio to Kurt Vile.

Even so, the band is largely categorized and oversimplified by Western music critics as ‘world music,’ an umbrella term applied to a vast swath of different genres, essentially any type of music that developed outside the Western world;the band won their Grammy award in the Best World Music Album category. “World music doesn’t really mean anything to us,” says Alhousseyni, with a bit of lighthearted disdain. “This is just some label music industry people put on non-Occidental pop music.”

It makes sense then, that the musicians of Tinariwen are looking forward to debuting in China, another place and culture that often get its own stereotypical framework placed on its artists and musicians by the Western world.

“It is a great honor for us,” says Alhousseyni about the chance to tour here. “We have never been to China before, and it is a culture we’re not familiar with, so we are looking forward to meeting people there.” If nothing else, it’s an opportunity to spread in a new place their music that honors the universal concepts of home, freedom and nostalgia.