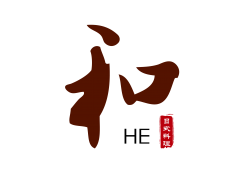 HE Japanese Restaurant, Wanda Reign on the Bund Description

Located on the fifth floor of Wanda Reign on the Bund and offering spectacular views of the Huangpu River, HE Japanese Restaurant is a gourmet retreat in the heart of the city. Featuring a serene and intimate atmosphere, the restaurant serves authentic Japanese cuisine prepared using only jet-fresh imported ingredients, sophisticated cooking methods and time-honoured craftsmanship by the chefs.

Designed by the Wanda Hotel Design Institute, the 40-seat restaurant is decorated with floral and botanical patterns such as cherry blossoms and pine leaves, representing the country’s fondness for the beauty of nature. Guests are greeted at the entrance with a multi-dimensional projection featuring the beauty of the four seasons, marking a transition from the bustling city to the start of a sensational culinary journey. Upon entering, they will be seated at the sushi bar where they can watch master chef Kikuchi Yoshiyuki at work.

With a deep knowledge of traditional Japanese cuisine, creative instincts and highly refined craftsmanship, Chef Yoshi is among Shanghai’s most acclaimed Japanese chefs. Inspired by his epicurean father, the Tokyo-born chef honed his celebrated culinary skills at the most prestigious culinary arts school in Japan, and has developed a simple yet refined culinary approach delicately balanced by a unique artistic touch. Chef Yoshiyuki is also admired for his warm and cheerful disposition, as he enjoys socialising with guests through his open kitchen while preparing food catered to their needs and preferences.

From a menu featuring traditional flavours served with courtesy and elegance, dishes are created around the finest ingredients freshly imported from Japan daily, the time-honoured craftsmanship of the culinary team led by Chef Yoshiyuki, complemented with custom-designed utensils and ceramics handmade by Japanese artisans to curate an ultimate, authentic Japanese fine-dining experience. Signature dishes include jet-fresh sashimi, sushi with a contemporary reinterpretation and sizzling teppanyaki, all created using seasonal ingredients and based on guest preferences. The restaurant also offers a selection of handmade sweets and snacks available for purchase, along with two house sake, “Reign” and “HE”, expertly brewed by sake specialists in Japan.

Map of HE Japanese Restaurant, Wanda Reign on the Bund