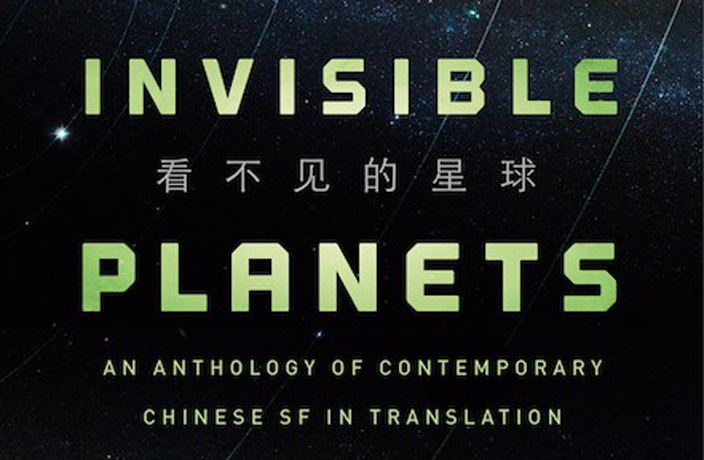 We’re big fans of Chinese literature in general, which is why we have mixed feelings about this collection of contemporary sci-fi yarns, rendered into English by translator and writer Ken Liu.

Its slick cover promises “Thirteen intriguing visions of the future from China,” and the stories in the anthology at least don’t lack imagination. From villages populated by eerily lifelike androids to metropolises that fold up like game boards, there’s a lot to be explored here.

But the occasional flaw in characterization or plotting can shatter the illusion of the world inside the book, and one of the stories suffers from a whole multitude of issues.

In the story, a neat gimmick – Beijing as a tripartite mechanized city, each section of which folds and unfolds according to a strict schedule – unveils hard-hitting truths. Citizens in ‘Third Space’ live in poverty and are only allowed out at night, while those in ‘First Space’ enjoy high-end accommodations and coveted daylight hours. In “Folding Beijing,” class division is literally made concrete, a pointed jab at modern-day inequalities.

Other stories are just as zany in conception, but work. Chen Qiufan’s “The Year of the Rat,” for instance, is set in a gloomy future where college grads are reduced to hunting down genetically-modified, anthropomorphic rats in order to get by. In “Taking Care of God,” Liu Cixin, best known for his award-winning Three-Body Problem trilogy, gives a wry answer to the question ‘What if God was one of us?’ using the device of alien invasion. 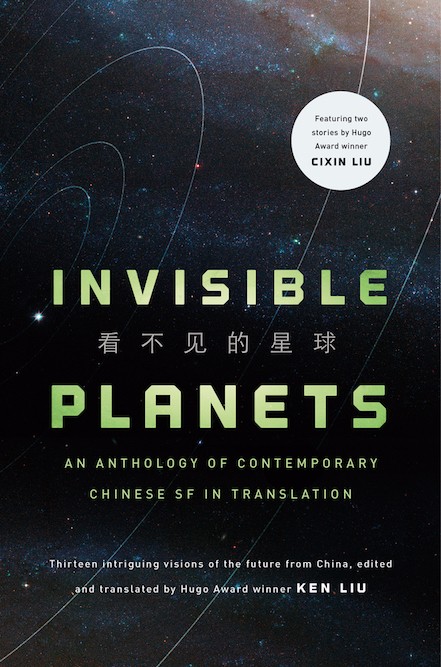 But as readers work their way through the book, certain tired tropes tend to show up repeatedly, distracting from the colorful yarns.

A lot of the tropes have to do with women. If a pale-skinned, doe-eyed girl appears in a story, she's sure to meet a tragic yet poignant end. Failing that, she’s an unattainable ideal that was inserted into the narrative to add unnecessary romantic tension. The one exception is “Call Girl” by Tang Fei, a cryptic tale that oddly sexualizes its school-age female protagonist.

But the weaknesses of the anthology are most embarrassingly apparent in the story “The City of Silence,” by Ma Boyong. Intended as an homage to 1984, it's instead a pale imitation. George Orwell’s classic catches the imagination with the insidious, all-seeing Thought Police who understand human nature all too well. The analogous ‘appropriate authorities’ in “The City of Silence,” on the other hand, don’t really get it.

Implausibly, they rapidly narrow down the choices on a “List of Healthy Words” that citizens can use while allowing no outlets for pent-up emotion, and yet the vast majority of people mutely obey. Exposition is lengthy and awkwardly placed, while attempts at compelling imagery fall flat: distilled water, the bland taste of which “nauseated” the protagonist, is repeatedly used as a metaphor for life under totalitarianism.

Predictably, the female love interest is just as beautiful as she is emotionally unavailable.

“The City of Silence” has a particularly bad case of the central problem plaguing the collection: unrealistic characterization. It’s distracting, and it makes it hard to take the anthology seriously.

Which is a shame, because despite the translator’s best intentions, some will inevitably see Invisible Planets as representative of Chinese science fiction, and maybe even Chinese literature, as a whole. The casual reader who picks up this tome could be turned off from further exploration and discovery of real literary gems.

Translator Ken Liu took a gamble with this unorthodox collection, which includes an introduction and three short essays that educate the reader about Chinese science fiction. Liu obviously intended for this background information to heighten readers’ interest in the stories. But while the checkered past of the genre is actually pretty “intriguing,” we can’t always say the same for the rest of the anthology.