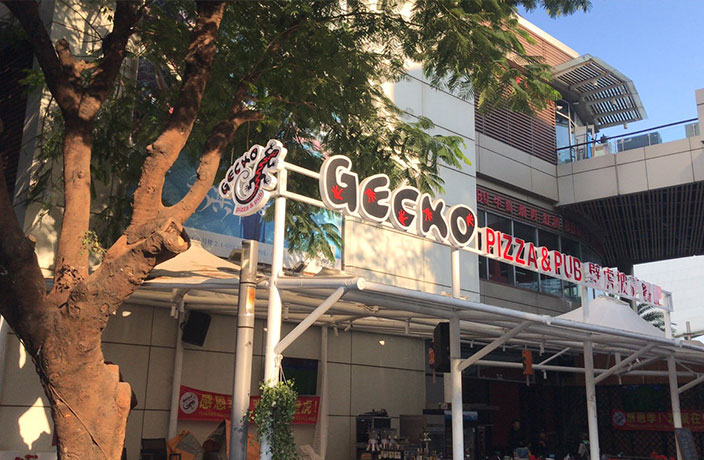 Lions and tigers and... geckos, oh my! Move over Geico, there’s a new Gecko in town. And it’s delicious. Sea World: a mainstream food metropolis, perfect for a night on the town, whether for food, drinks or just the outdoor ambience. With this expectation for a night out, competition in Sea World’s F&B scene is tough. But competition has never stopped a gecko before... we think? Anyways, this competition showed no match for the new(ish) bar and restaurant. First opened 15 years ago in Dongguan, a city just north of Shenzhen, Gecko has thrived off of being a family-run business which focuses on North American fare and homemade ingredients. Last year, the owners felt it was time to expand down to Shenzhen and now here they are.

When we first walked up to the venue, we were amazed by the amount of outdoor space. The open concept and amount of TVs inside and outside, really gives off a North American sports bar vibe. However, classifying this venue as a ‘sports bar’ places it into a small corner that it most obviously surpasses. Despite being under the final stages of setup, the Christmas tree was already up!

Gecko hosted a soft opening where we were able to taste test their most popular dishes. With both meat and vegetarian options available on the menu, we decided upon a half and half 10-inch pizza (RMB75); Gecko’s Quattro Formaggi and El Gecko (a fan favorite). Basically, half with a ton of cheese and half with spicy Mexican ingredients. The crust is what blew us away – it’s very hard to find that perfect mix of thin and fluffy in China but boy did Gecko deliver! What’s unique about their pizza that sets it apart from the competition is the dough. Gecko reuses a portion of the dough from each pizza for the next batch. So, essentially, there is 10 years worth of dough DNA in each individual pizza. 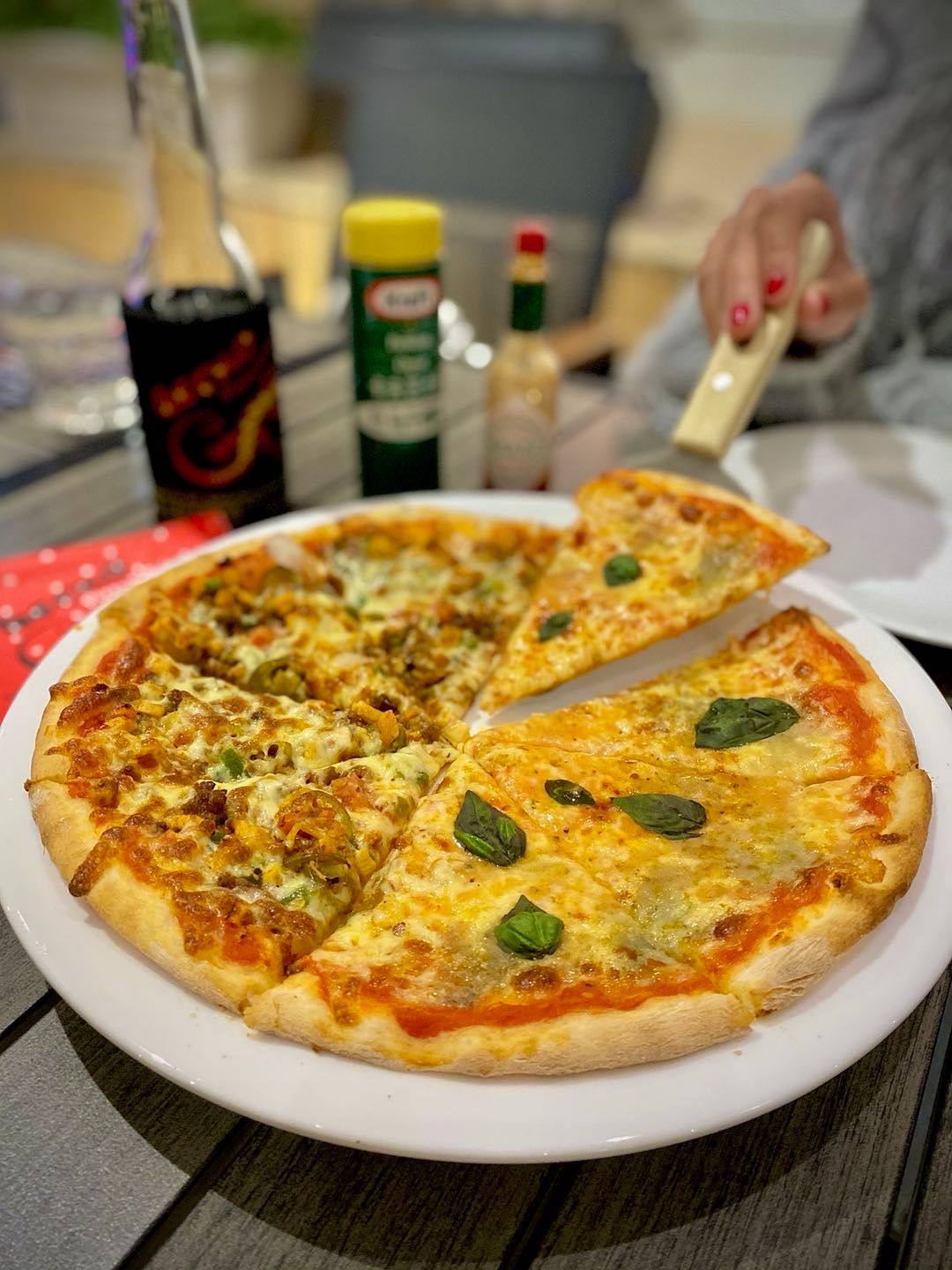 El Gecko on the left, Quattro Formaggi on the right 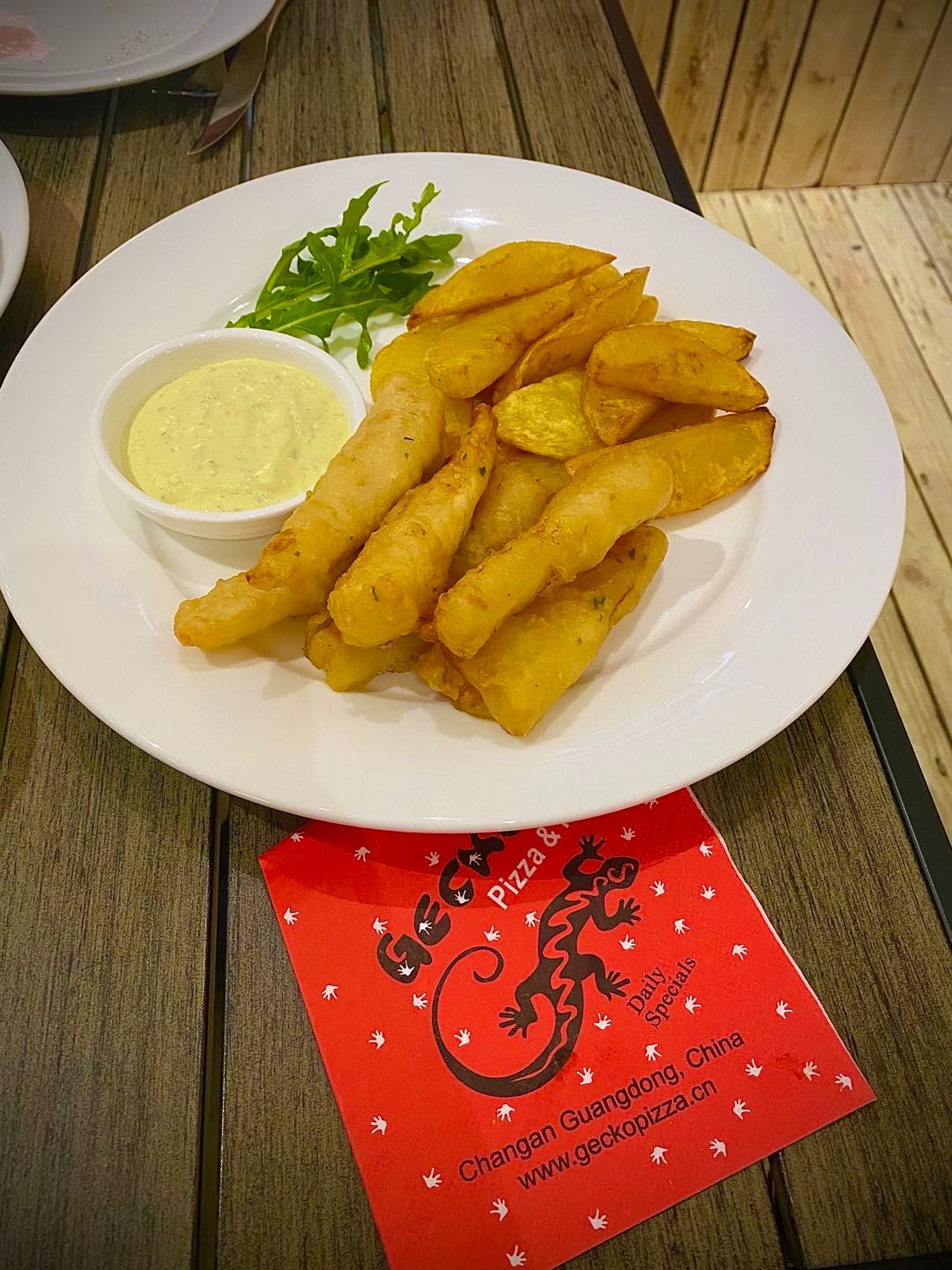 Which is which? Images via Rachel Waters

Next we sampled the fish and chips (RMB90). Gecko uses imported flounder from Canada, which are cut, fried and served with French fries. The fries are popular for being hand cut and never frozen.

“We want to remind people of when their moms used to make homemade fries in their kitchen. Nostalgia –that’s what we want to bring to the table,” explained Brad Greene, the chef at Gecko.

Next up for the night was the seafood soup (RMB55). I’m personally not a huge fan of seafood soup but this may have changed my mind. It’s just light enough to comfortably fill you up with a side of bread. And, yep you guessed it, the bread and stock are homemade as well.

Greene continues, “Bread is not a common commodity in Dongguan so we just fixed the problem ourselves and made our own. The same with our seafood stock. We make it every day or two out of our shrimp shells.” 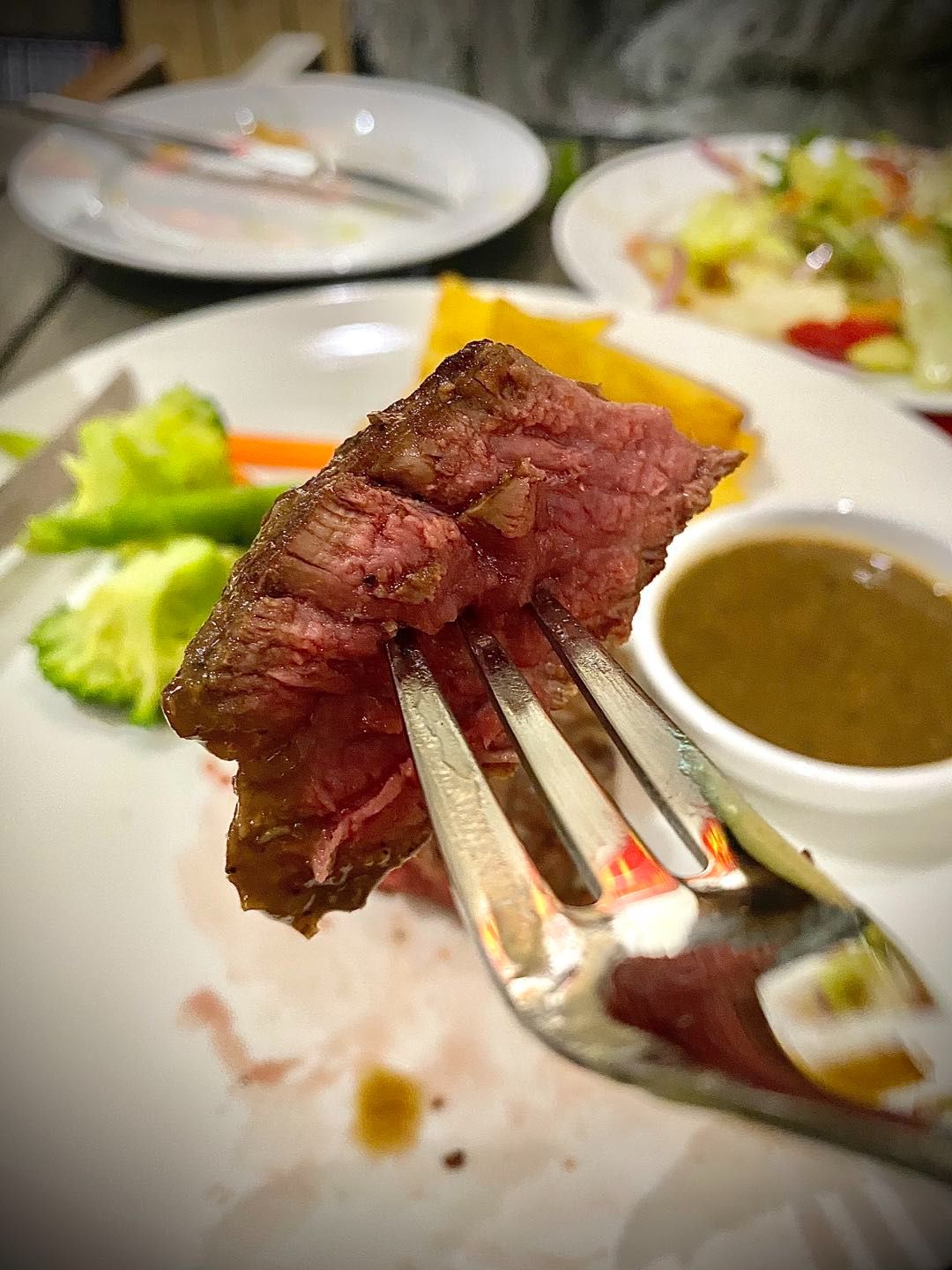 Finally, we sampled their steak dinner (medium rare). The steak (RMB165) was just what you would expect a steak to be; juicy, tender, and pink in the middle – with a side of pepper sauce for that extra pop of flavor. 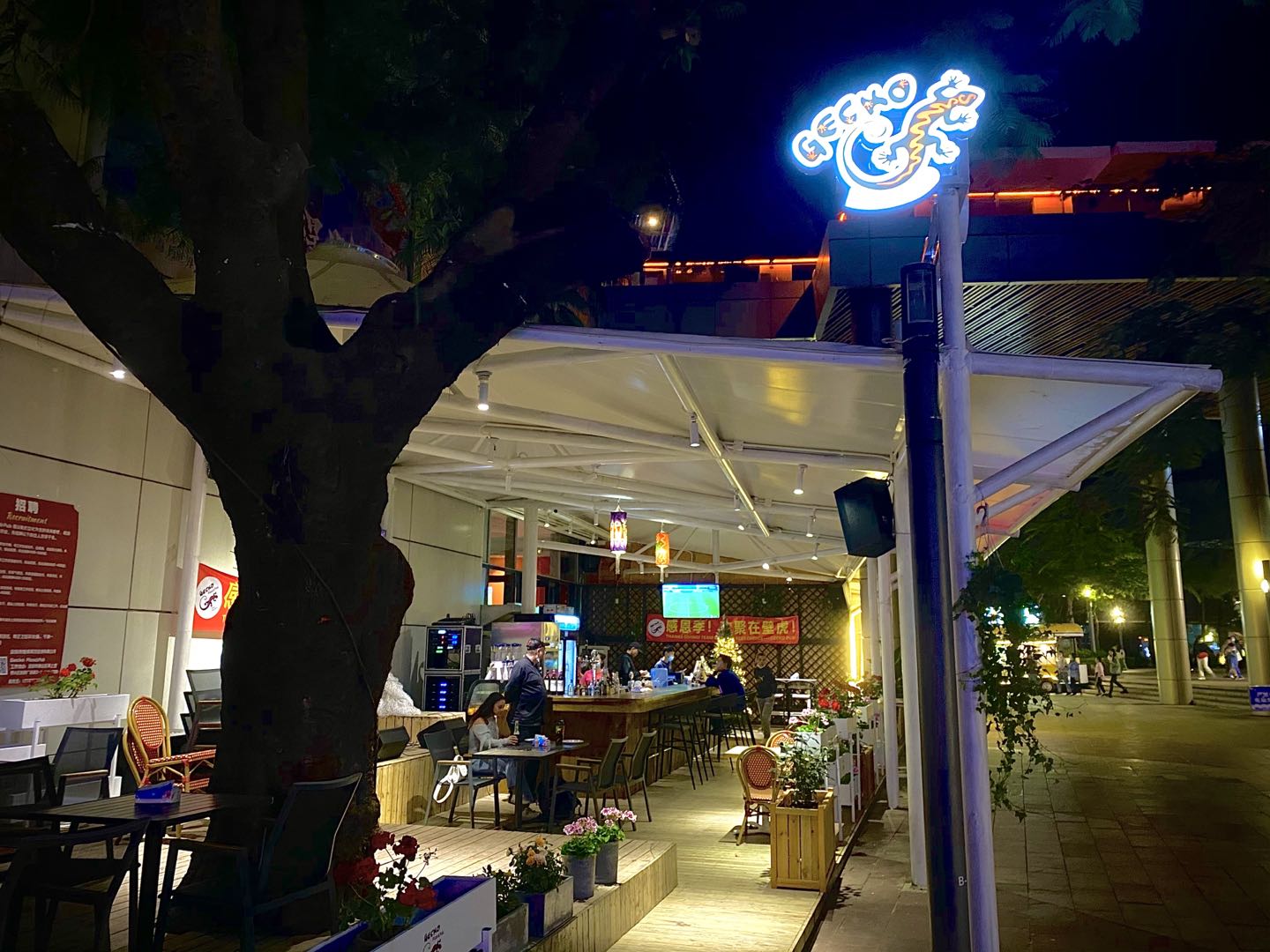 Although they’re still finalizing the opening, Gecko will soon be available for online deliveries (platforms TBD) and will also release a brunch menu in the near future.

This year has been a year of firsts for many, some positive, others negative. Why not add a positive first to that list and check out Gecko; a space welcoming to both bar guests and families! While happy hour is not available at the moment, they do proudly promote five hours of freeflow Tsingtao for RMB120 (now that’s a deal). So what are you waiting for? This family-run restaurant and bar awaits.