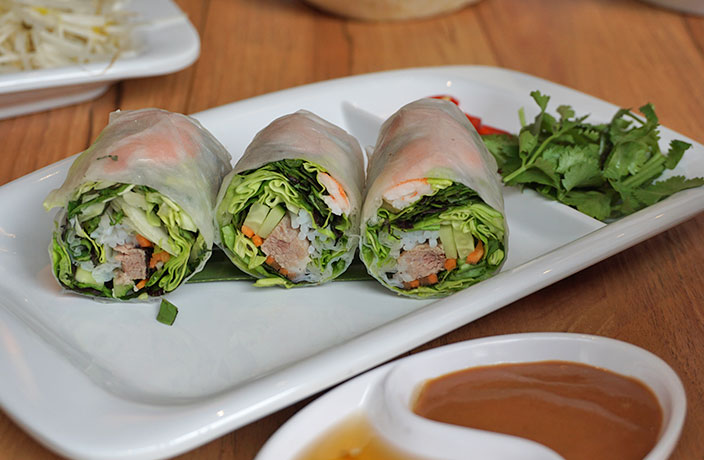 Intrigued by the name BC PHO, we decided to stop by the eatery in Nanshan for a lunchtime visit. Upon entering the 14-seat space, we were greeted by the booming voices of Jay-Z and Biggie and an unquestionable North American touch. Could the owner be from the same BC (British Columbia), Canada from which this writer hails? We later spoke to owner Calvin Su (also the proprietor of Shaughnessy Steakhouse) who affirmed the hunch. A proud Vancouverite, Su remarked that his goal was to create a simple shop that “serves awesome pho.” 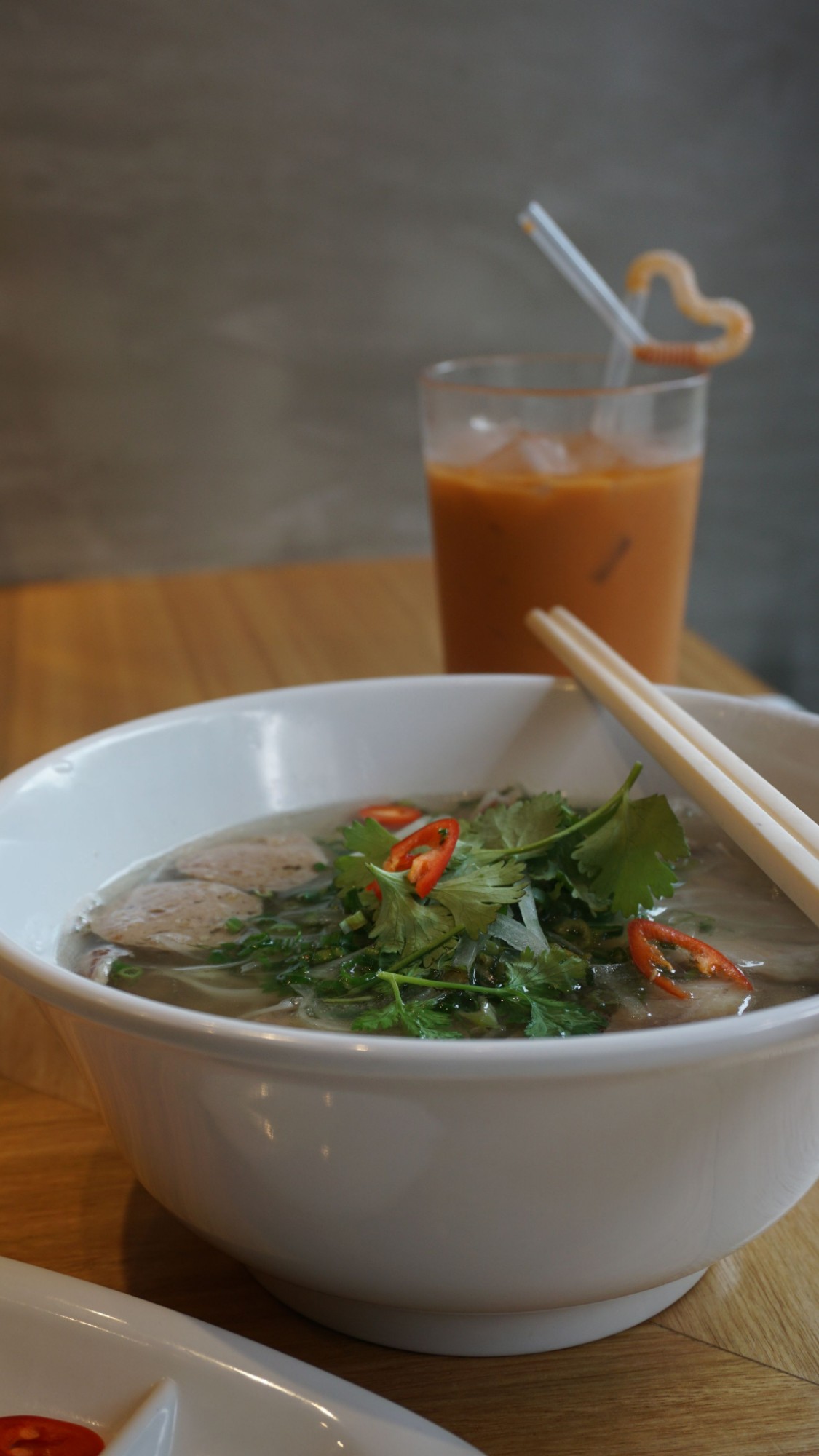 At the end of the day, it all boils down to the broth. Any pho shop worth its salt needs to deliver on that front, and BC PHO does just that. For the soup base, we opted for the clear beef soup.

The pho is prepared by Vietnamese chef Anthony Vu, who doesn’t utilize any synthetic MSG in his broth. Instead, he uses sa sung, a natural substitute for MSG. (Fun fact: sa sung are dried marine sea worms.)

Options for meat include sliced rare M3 wagyu rib eye (RMB42) or meatballs (RMB48). Su recommends not to throw the bean sprouts directly in the soup until you’ve finished the noodles as it may give the broth a slightly bitter taste. Instead, squirt some fresh lime all over the fragrant bowl of noodles and don’t be shy to try any of the accompanying sauces on the side. The balance of sweet, salty, sour and hot in the soup was just right. If you like your pho with a bit of kick, try the sour ‘n’ spicy soup base. 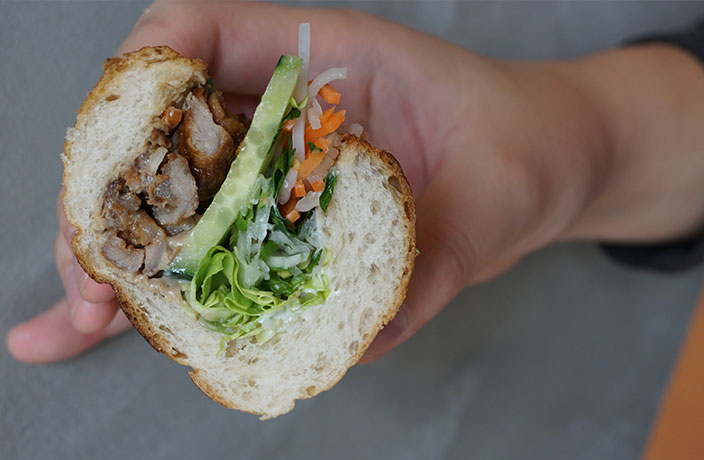 Apart from pho, the restaurant also serves delicious banh mi (RMB42) made with fresh buns courtesy of local bakery Chickadee. They’re stuffed to the brim with your choice of meat, fresh herbs and pickled veggies – a great on-the-go option for lunch or a quick dinner. There are also small plates like their summer rolls (highly recommended), crispy spring rolls and fried chicken wings, which all are priced at a modest RMB28. In true Vietnamese fashion we sipped on an iced coffee (RMB18) to round off the meal.

Su shows that he is a versatile restaurateur, with this modern hole-in-the-wall a stark contrast to his upscale steakhouse. BC PHO is casual, fun and the food is reasonably priced for quality and hearty fare. Not far from MixC mall, if you’re tired of the same pho haunts (ahem, Pho Nam) then this shop is definitely worth checking out.