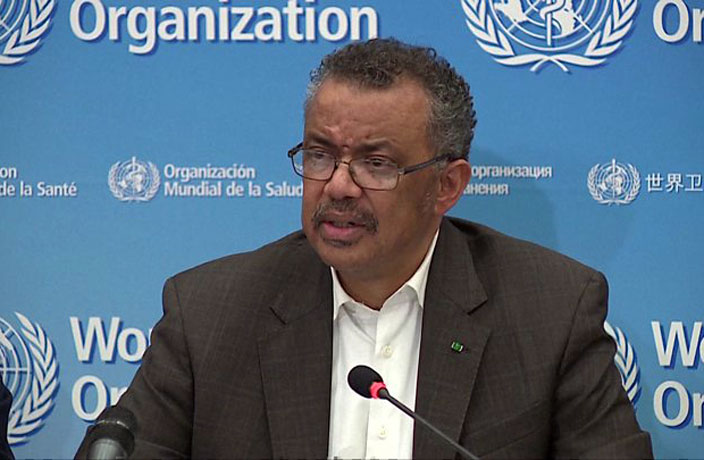 On Wednesday, the director-general of the World Health Organization (WHO), Dr. Tedros Adhanom Ghebreyesus, called on world leaders to stop politicizing the virus, and instead direct energy towards saving lives threatened by COVID-19. Dr. Tedros also defended the WHO’s handling of the global public health crisis.

Dr. Tedros’ comments came one day after US President Donald Trump aired his grievances about the multilateral organization. “The W.H.O. really blew it. For some reason, funded largely by the United States, yet very China centric. We will be giving that a good look,” Trump said in a tweet on Tuesday night. 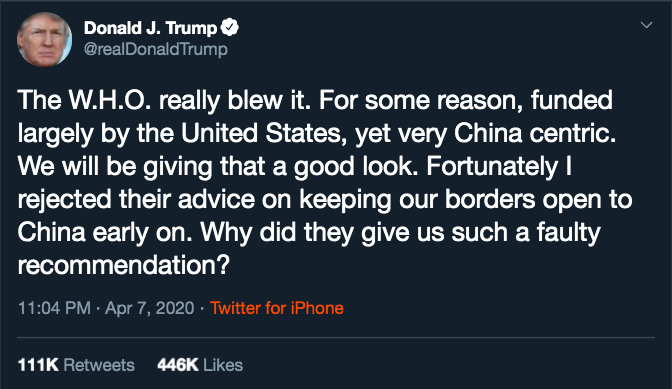 The US President blamed the organization for being slow to respond to the pandemic. When asked to elaborate on calling the WHO “China-centric,” he expressed skepticism that the agency didn’t report the full extent of what was happening in the country regarding the outbreak.

Leaders in Europe and Africa came to the support of the WHO following Trump’s comments. French President Emmanuel Macron expressed his support for Dr. Tedros and the agency in a call with the director on Wednesday, adding that he did not want to see it stuck in a conflict between China and the US, as cited by Reuters.

Moussa Faki Mahamat, the African Union Commission chairman, said he was surprised to learn about the US government’s claims against WHO leadership, and maintained that the African Union fully supports the organization and Dr. Tedros. On Twitter, he posted, “The focus should remain on collectively fighting #Covid19 as a united global community. The time for accountability will come.” 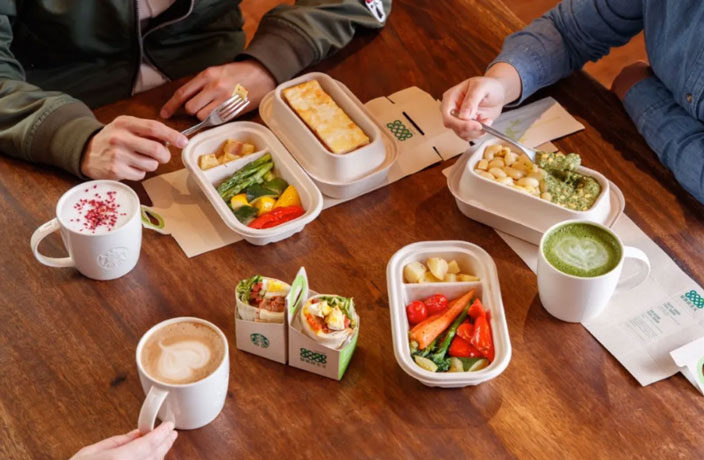 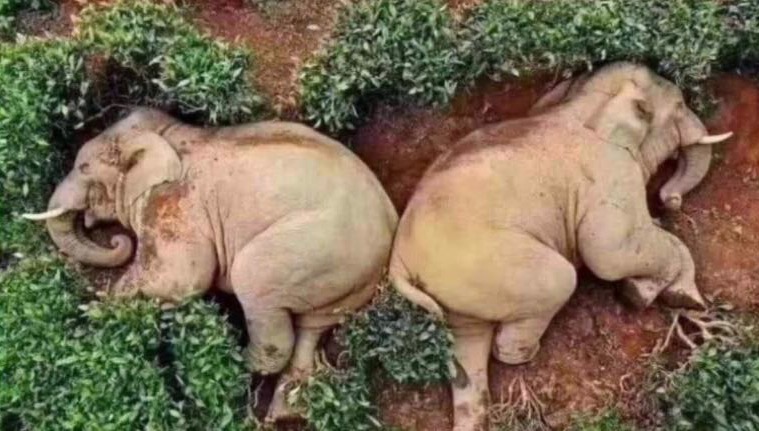