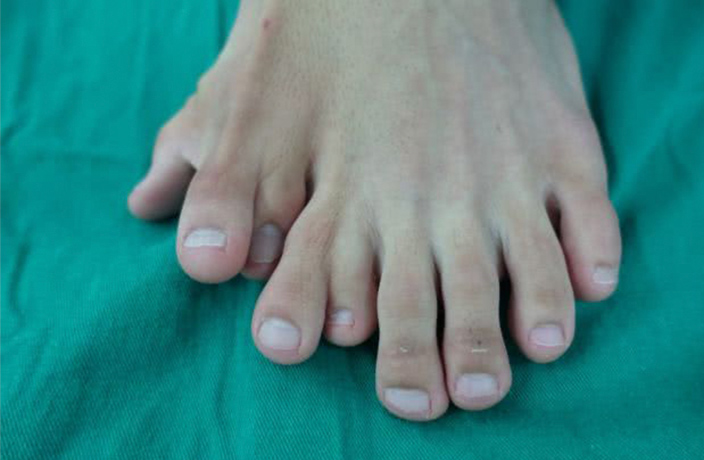 Living in South China, you can enjoy warm weather almost year-round, which means it’s basically always sandals season. Unfortunately for one man living in the county-level city of Lufeng in Guangdong province, sandals – and even social interaction – have not been an option since primary school. That’s because the 21-year-old, identified in media reports as Ajun, was born with polydactyly, a severe deformity that left him with nine toes on his left foot.

According to the Daily Mail, Ajun’s parents are superstitious and were told by a fortune teller that the extra digits were a “good omen.” As such, they did not support the removal of the extra toes – instead believing their son could cover them up with shoes.

Once Ajun reached adulthood, though, he defied his parents and decided to undergo life-changing surgery in Foshan to remove the extra toes. As seen in the photo above, Ajun lacks a big toe and instead has two smaller toes in its place. 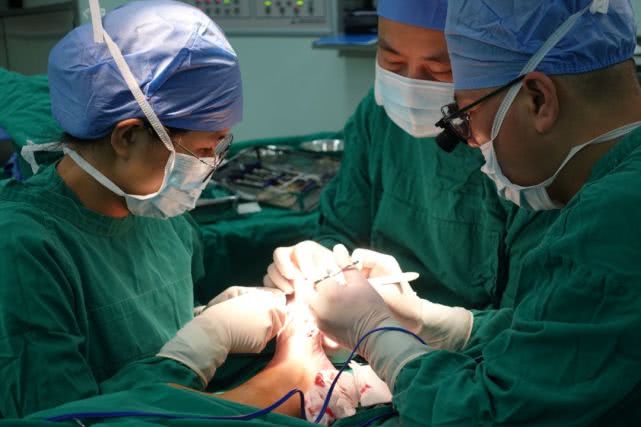 The medical team from Shunde Heping Surgical Hospital in Foshan spent nine meticulous hours operating on Ajun, creating a new big toe while removing the extra digits. Surgery on such a complicated, delicate body part like toes requires microsurgical techniques, as blood vessels, nerves and tendons must be cut through and around.

Dr. Wu commented on the procedure by saying, “Other hospitals would’ve just removed his outermost extra toes. That would’ve been the easiest solution, but it wouldn’t look the best. His most natural looking toe is on the outside, so we decided to migrate it inwards to its most ideal position, replacing his fifth digit and creating a new big toe.” 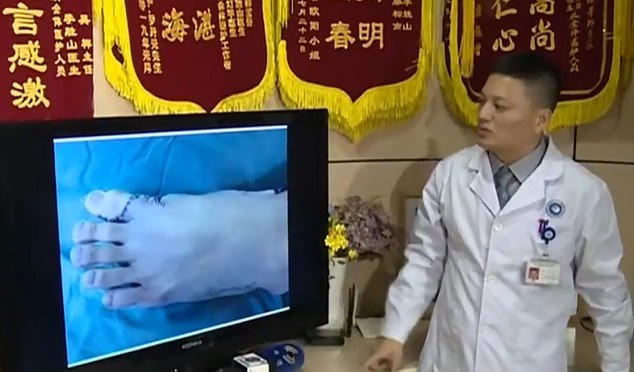 Dr. Wu shows the results from surgery. Screengrab from V.qq.com

Dr. Wu also remarked that it is rare to see such a serious deformity on a 21-year-old. He advises that children with deformities should be examined around three months after birth, and be operated on between 1 and 6 years of age. Operating at an earlier age – before the child starts school – is better for their psychological well-being in addition to better surgical results. 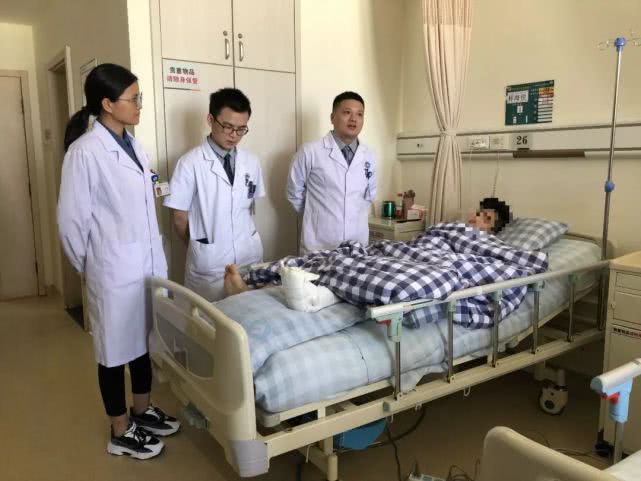 Ajun is happily recovering in the hospital now and will be discharged in the coming weeks. “Now I feel great. I’m very grateful to Dr Wu Xiang. I think my foot is perfect. He showed me pictures of my foot after surgery, and I’m very happy,” Ajun said. 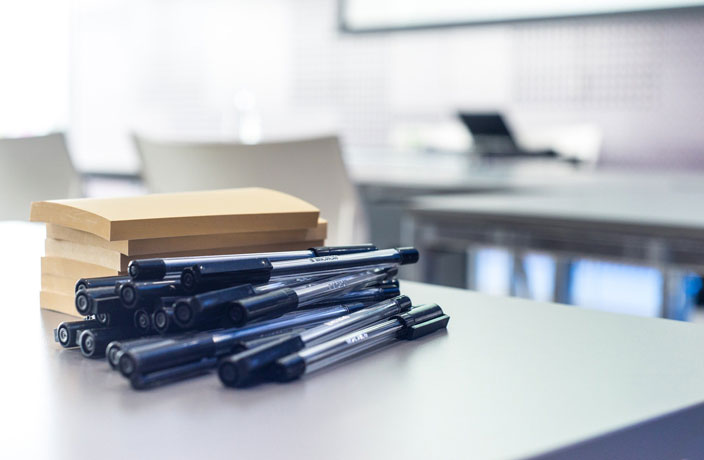 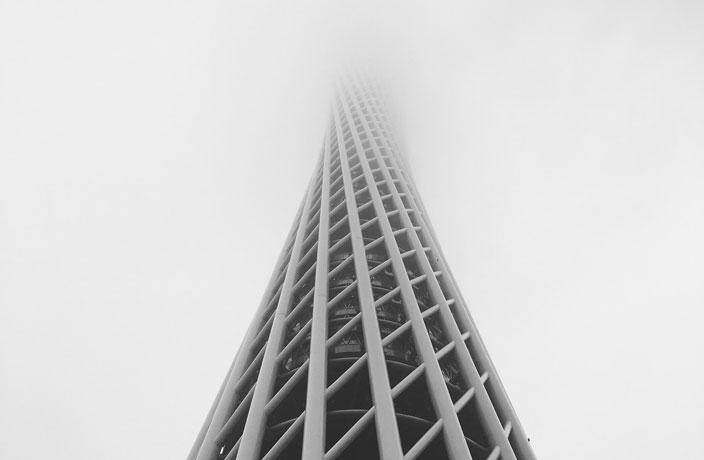 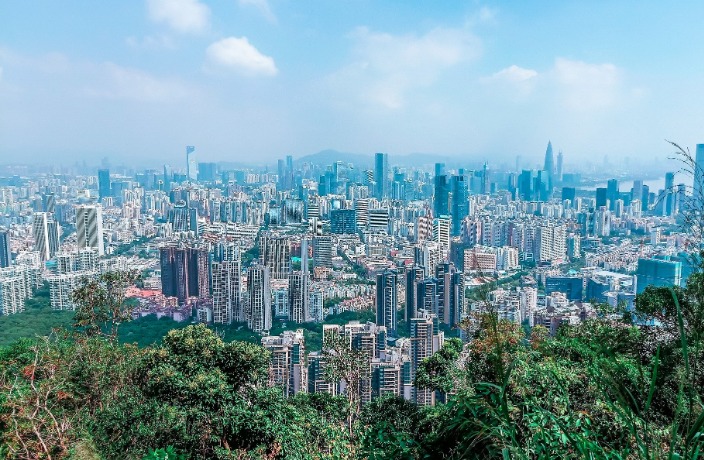