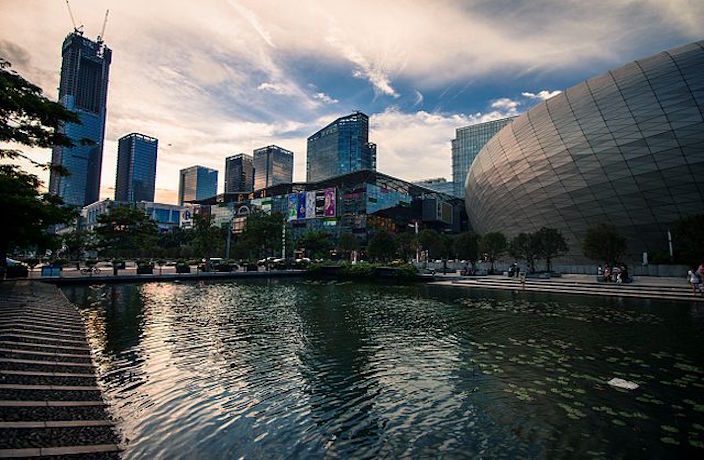 Shenzhen is staking a claim to be a leading light in the development of 5G technology in China. It was recently revealed by the Ministry of Industry and Information Technology that 1,955 commercial 5G base stations will be piloted within the city in the first six months of this year, bolstering the local tech industry.

This will have a knock-on effect on the city’s local industries, including virtual reality (VR), artificial intelligence (AI), cloud storage and big data industries throughout the city. The introduction of 5G is expected to drive innovation in a number of ways, with Shenzhen seeking to become a model city for the implementation of the new technology.

With Shenzhen firmly positioned as one of China’s leading tech cities, and with industries such as AI and VR growing rapidly down South, this move makes sense. According to figures quoted by The Paper, Shenzhen’s VR industry has rapidly expanded, with 60 percent of new VR enterprises in the country since 2015 located in Shenzhen.

The new base stations are also expected to serve 851,000 users in the city according to a release by the Shenzhen government. The new 5G services are said to be able to reach a speed of over 100mbps.

In addition, the city also aims to increase public wifi coverage and service quality for safe and convenient use.

In January, the first voice call using a 5G network, between ZTE and China Unicom, took place in Shenzhen, while in February, during the city’s Spring Festival Gala, organizers were able to realize the first 5G 4K transmission.