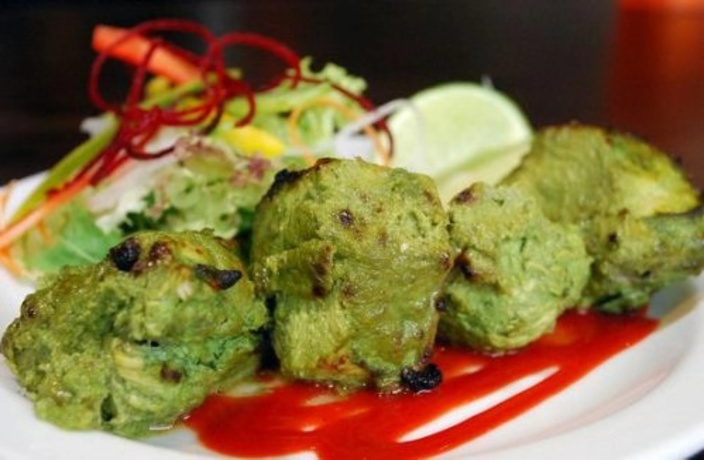 We absolutely love a good Indian feast here at That’s PRD and when we heard about the arrival of Indian Spice at Poly Cultural Square, we were beyond delighted. We dropped in on a Thursday evening and found the place to be a hive of activity. The proprietor, Vincent Fernandes, was buzzing about the room, carrying on two and three conversations at once. Formerly in the trading business, Vincent certainly retains an air of attentiveness and an eye for detail, something which is reflected in the food and the service at Indian Spice.

While he previously ran Indian Cottage, another restaurant based out of Poly Cultural Square, he took the risk of taking over Little India some months ago. Originally operating under that well-known moniker, the restaurant has been undergoing some flux of late, with new staff, a new name and an evolving menu. We wanted to see what all the hype was about.

Upon perusing the menu for the first time, we were delighted to catch sight of the immeasurably spicy and delicious chicken vindaloo (RMB60). Originating in Goa, this dish has burnt the taste buds off generations of folks from all over the world. 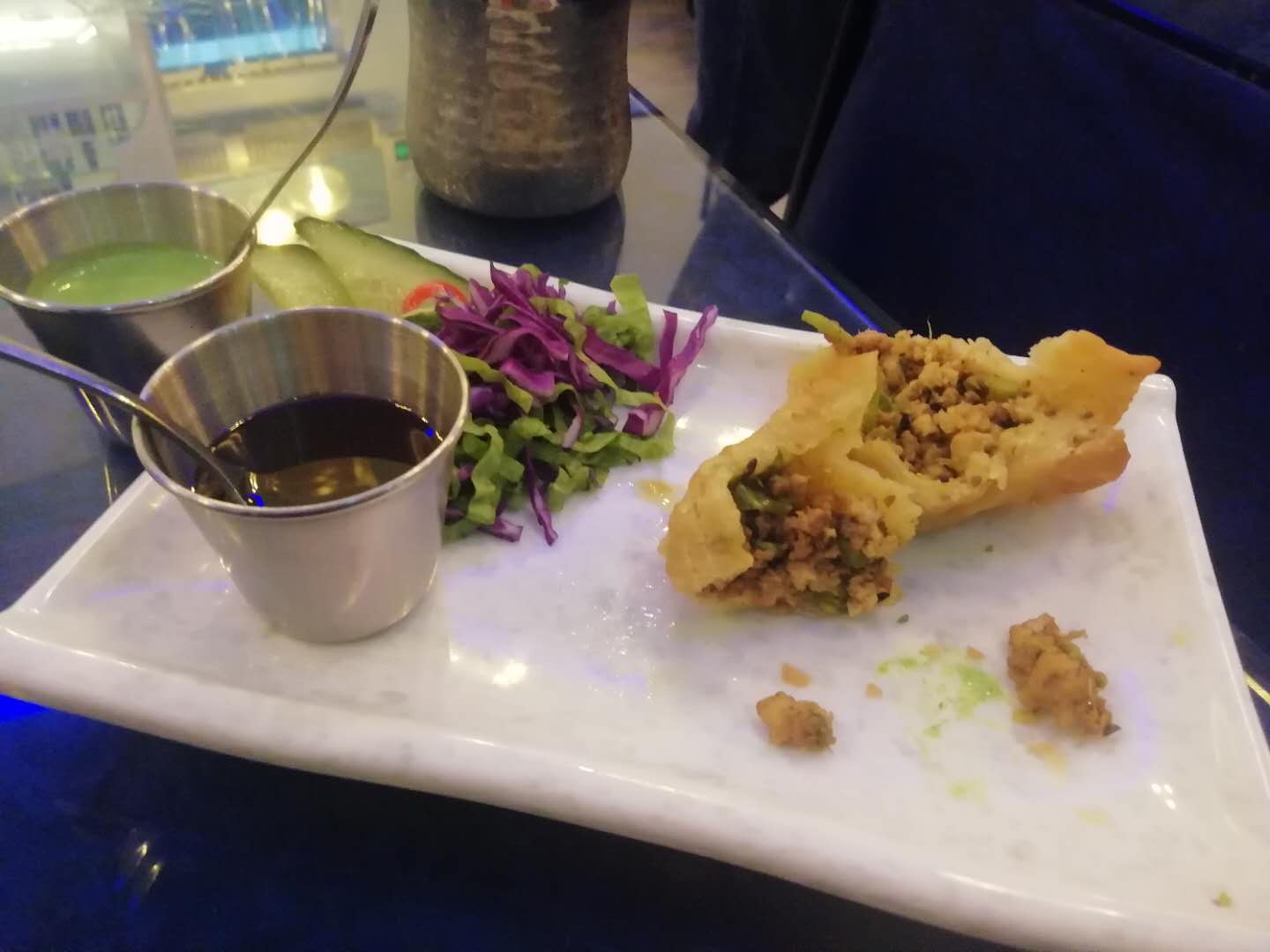 Before we dared attack the vindaloo, however, we asked for a plate of lamb samosas (RMB38) to whet our appetites.

The meat-filled pastries arrived with a thick shell, crisp and delicately salty, while the innards (lamb, peas and assorted spices) had a delicious, sour taste. We scoffed the two samosas down in little to no time. 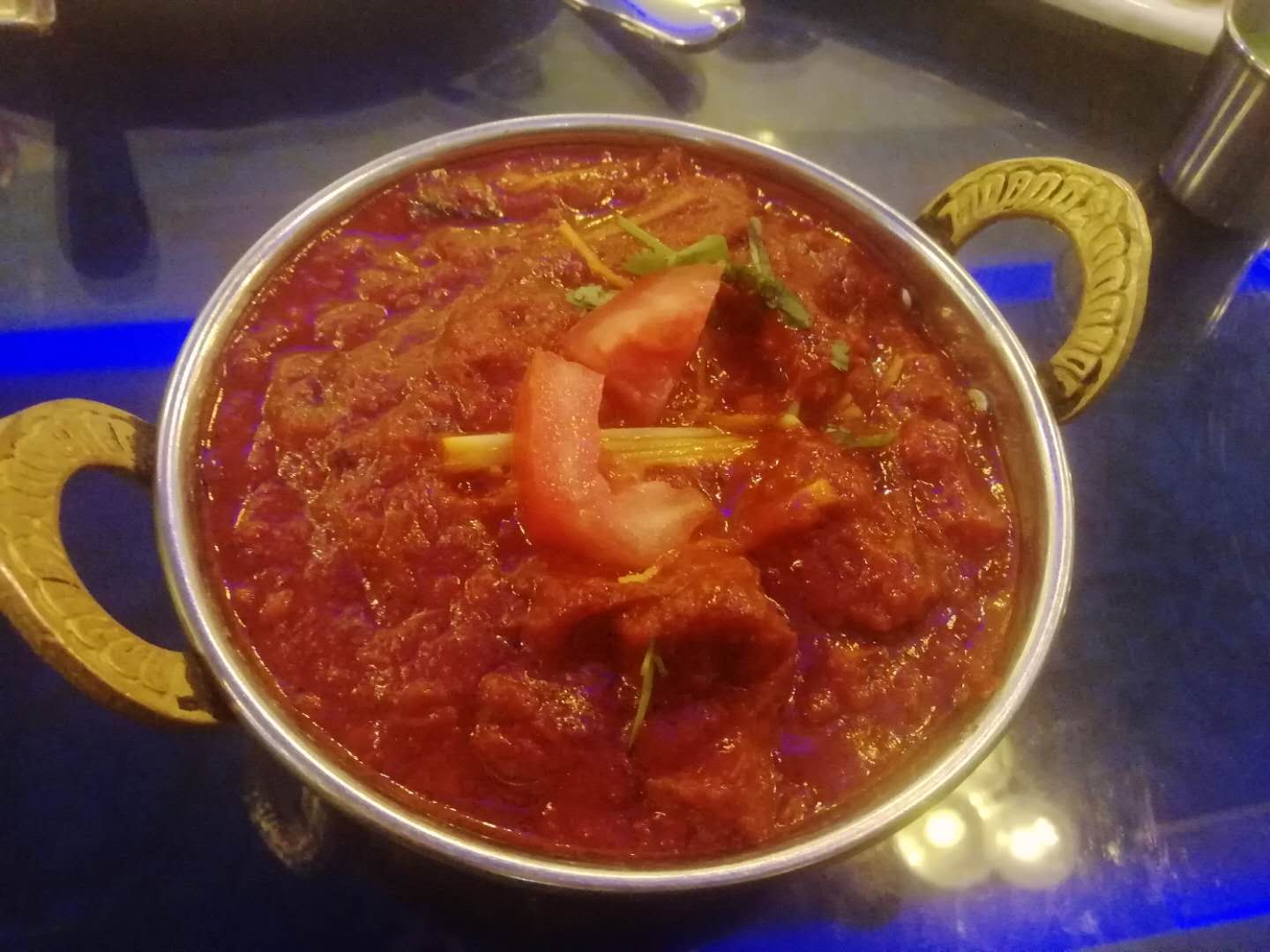 The chicken vindaloo arrived in a small, metal bowl. Despite its slight size, we decided it was best not to underestimate this gleaming, scarlet curry, and called for a plate of olive naan bread (RMB25) for dipping.

The fiery stew housed tender, cooked-to-perfection morsels of chicken and was simply too good for a quick chew and swallow: this is a curry made for savoring. 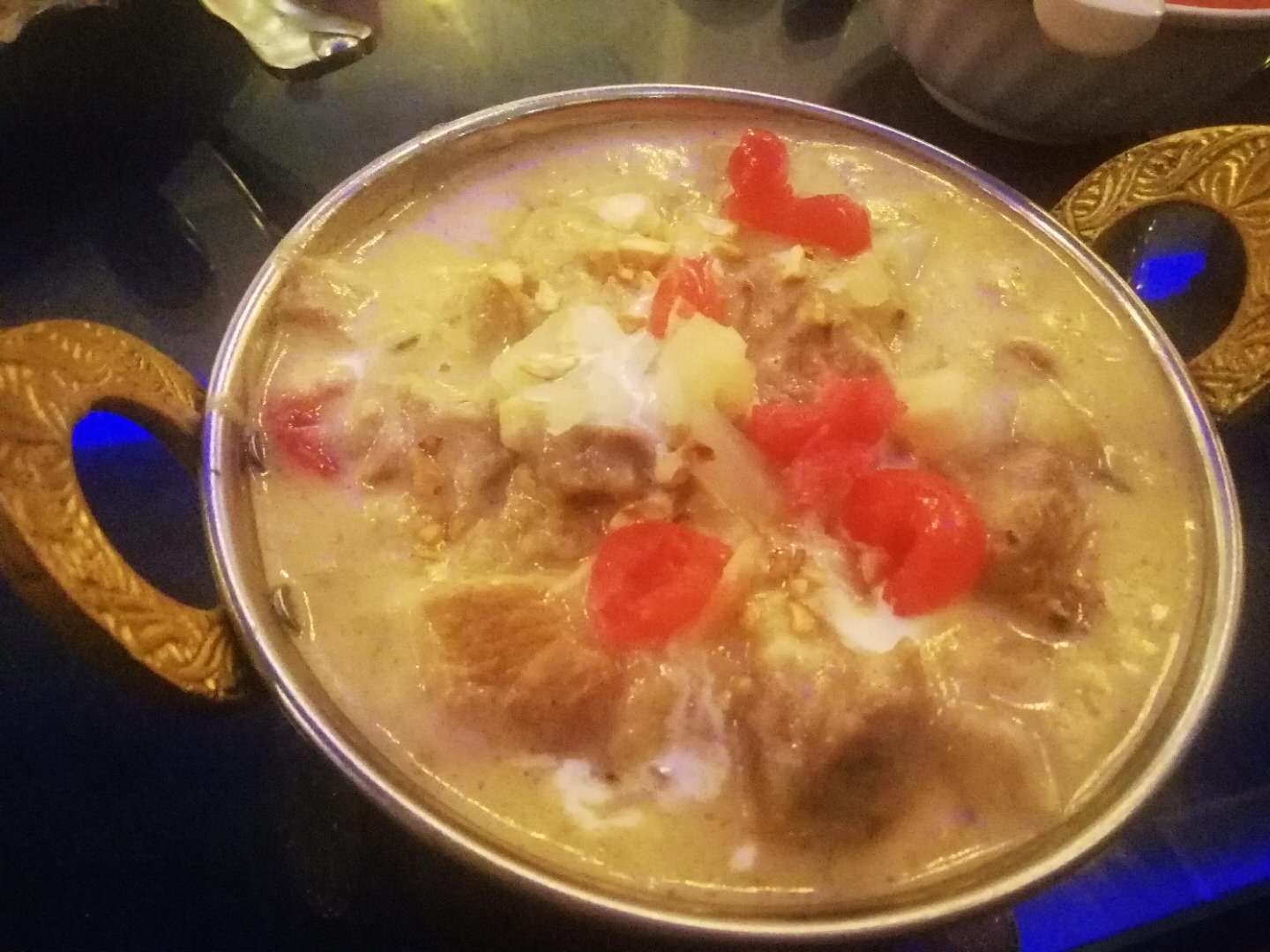 The lamb shahi korma (RMB72) arrived next and was the perfect compliment for the spicy vindaloo, allowing us to temper the burning sensation with the korma’s nutty, creamy flavors. The lamb, exactly like the chicken before it, was tender, having presumably been cooked in the korma’s thick sauce for just the right amount of time. 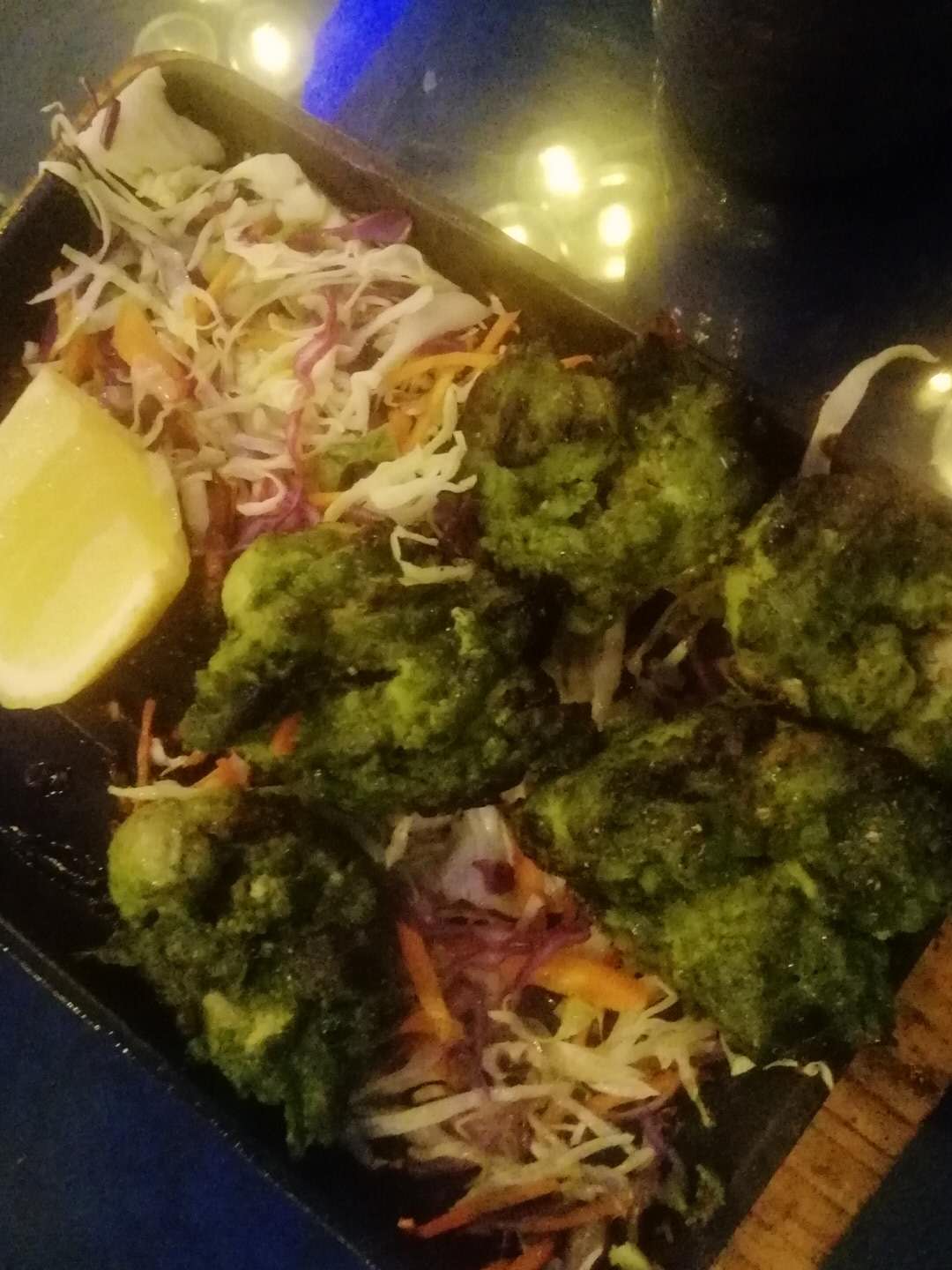 Our last dish of the evening was the hariyali chicken (RMB65), which presented a medley of flavors: sweet, sour and salty, with pickle-ish undertones.

A chorus of chitchat, clanking knives and forks and smacking lips (presumably gasping for air after a bite of vindaloo) give this space a casual vibe and welcoming atmosphere. 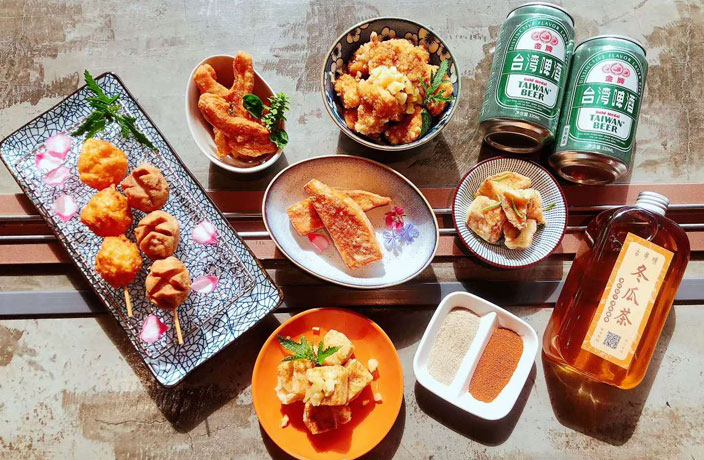