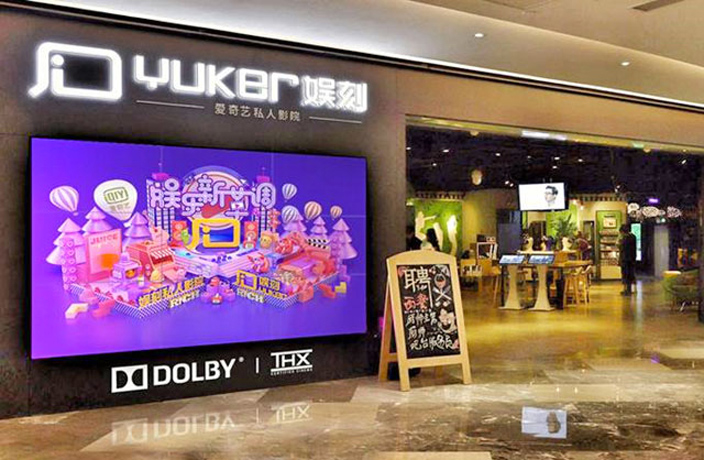 The Yuke movie theater is essentially a pairing of iQiyi’s on-demand video service with the high quality audio-visual experience of conventional cinemas.

The cinema is comprised of several mini-theaters, with two to 10 seats, which movie-goers can rent by the hour to watch content streamed from iQiyi's online service. Facility-wise, Yuke boasts top-of-the-line cinematic technology, including Dolby-approved audio and THX certification.

iQiyi’s offline move comes at a time when both video streaming and theater attendance in China are expanding rapidly. According to PR Newswire, iQiyi's active user base is quadruple that of Netflix, at 421.3 million compared to 117.58 million in the last quarter of 2017. As of March 2018, iQiyi had 61.3 million paid subscribers.

Meanwhile, while cinema popularity declines in North America, Chinese audiences are going out to see movies more than ever. According to Charles Rivkin, chairman of the Motion Picture Association of America (MPAA), China is now “building 25 screens a day.” iQiyi has certainly shown interest in a slice of the cake, and operating physical theaters will allow the platform to expand into retail services, merchandising and offline consumption.

iQiyi’s move echoes recent reports that Netflix is also considering buying theaters to screen its movies, though not solely for box office gains. Netflix was banned from competing at this year’s Cannes Film Festival due to refusal to release its films in theaters. Owning theatrical space would make it easier for Netflix to qualify for film festivals and other awards.