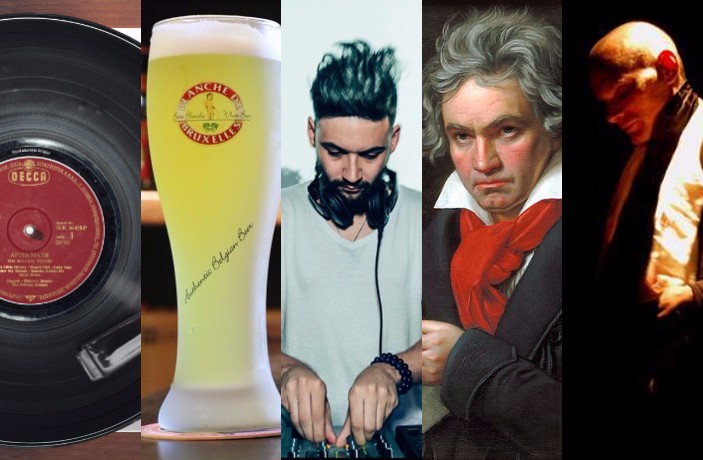 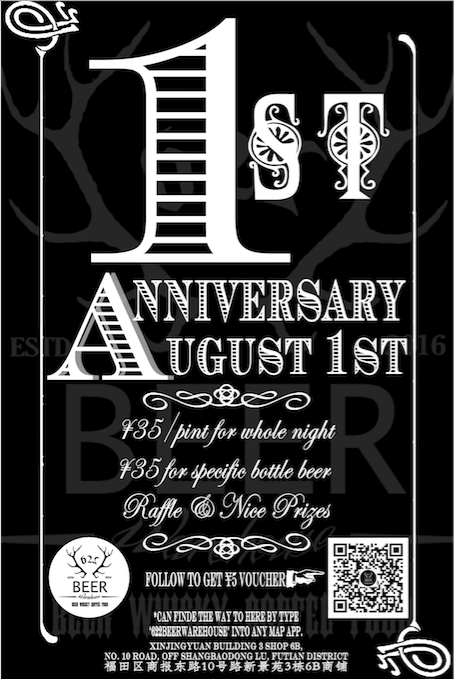 Kick off the beginning of the week with this 1st anniversary bash at 622 Beer Warehouse (see our review here). All draft beers and some bottles will be going for RMB35, while a raffle will land four lucky winners with a set of special beer glasses, a bottle of wine, a RMB200 voucher and two 750 mililiter bottles of beer. 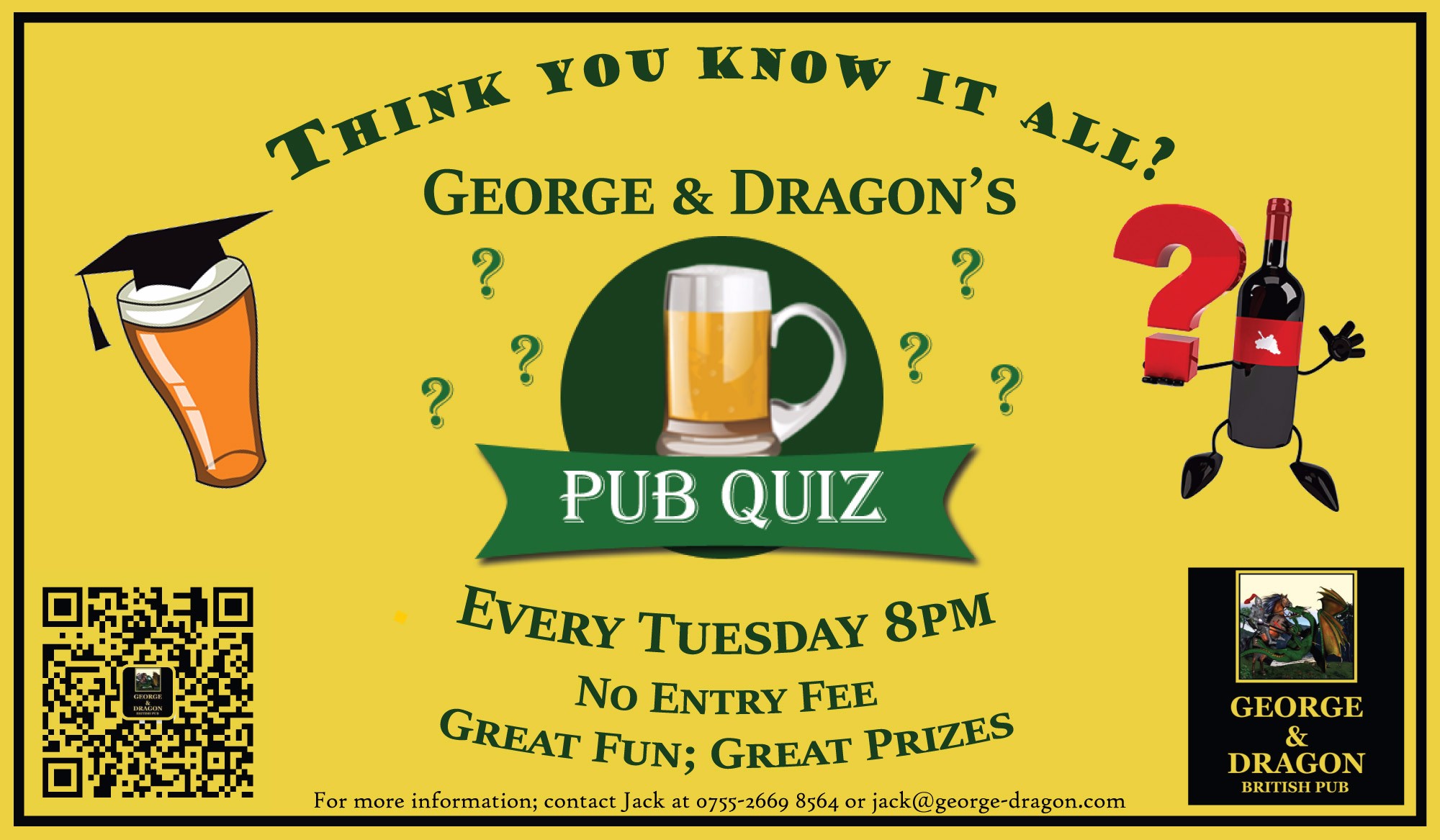 Every Tuesday until late October, George & Dragon will be hosting trivia nights where the winning team will walk away with a bottle of Jameson. First and second runners-up will get a bottle of wine/round of craft beer and a round of beer/shots, respectively. 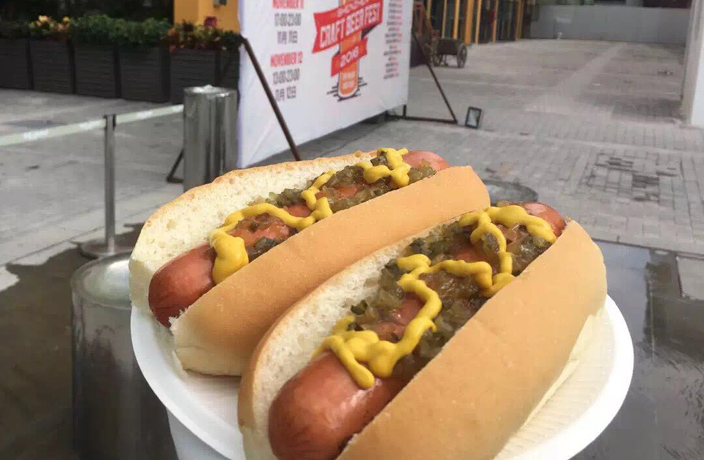 Every Wednesday, buy one and get one item of equal or lesser value free at Chill’s. That means you eat cheap – a great deal with this friendly bar's fabled burritos, hot wings and quesadillas. Not valid for deliveries. 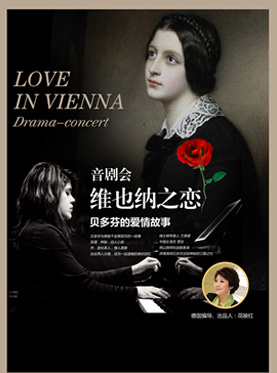 Move fast if you want to attend this performance dramatizing Beethoven's love life, as tickets are nearly sold out. Chinese actress Jia Jia (贾加) will play noblewoman Therese Malfatti, to whom some suspect 'Für Elise' was dedicated. The musical program includes works by Mozart, Schubert, Brahms and of course, Beethoven. 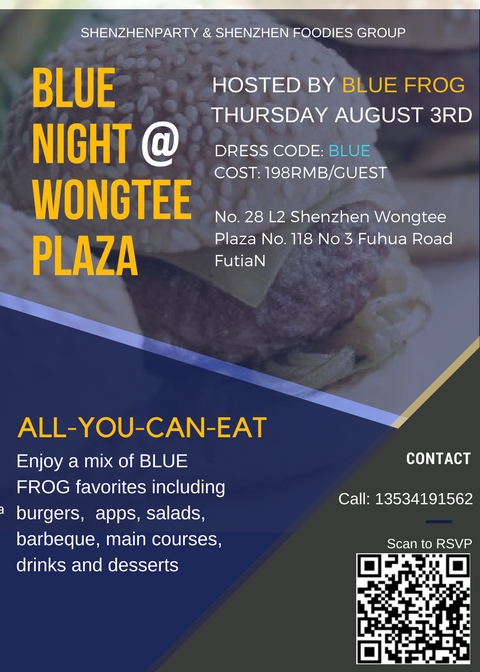 Curious about Blue Frog, the Western food joint that hopped down south from Shanghai this past spring? Now's your chance to try out a menu of burgers, salads, BBQ and more for yourself at this all-you-can-eat event. Call or scan the QR code in the flyer above to RSVP, and don't forget to wear blue on the special night. 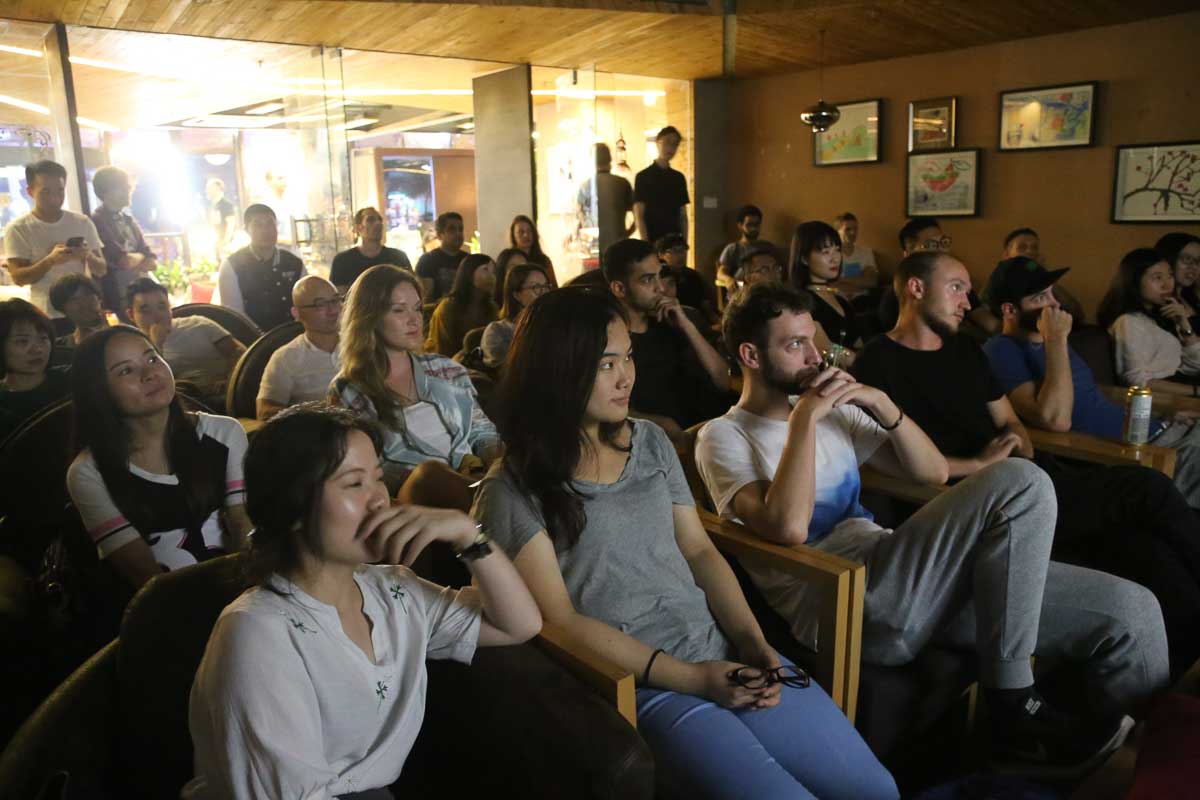 Like short, indie films by local filmmakers? Like house and techno music on vinyl? Then this event is for you. The evening begins with a showing of video-based local projects before the DJs hit the decks for this ‘house party’ edition. Free face painting and tea. To show your film contact WeChat ID 'Amybb0310.' Winning film gets a Rode Videomic Pro. 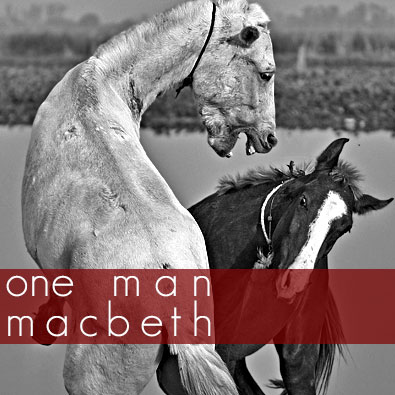 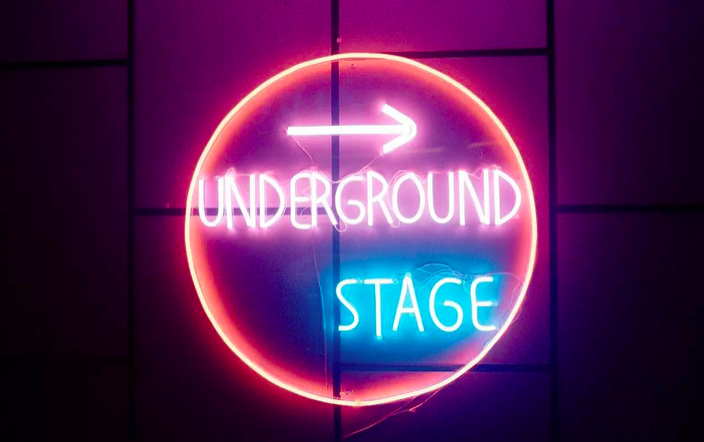 The Canton Bass Session is coming to Shenzhen at Sector Underground. Expect thumping bass music by Bass Panda, Nora, Daniel Power, along with the Shenzhen debut of Spyfi. 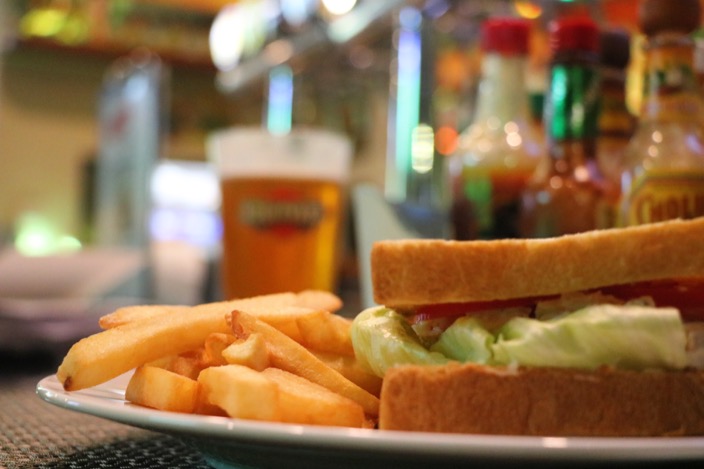 The ‘oldie but goodie’ Brew Magic Pub is bringing in a late night food menu on Fridays and Saturdays during August. Their in-house bread is made with Australian flour and eats start at RMB30. Pickups welcomed. 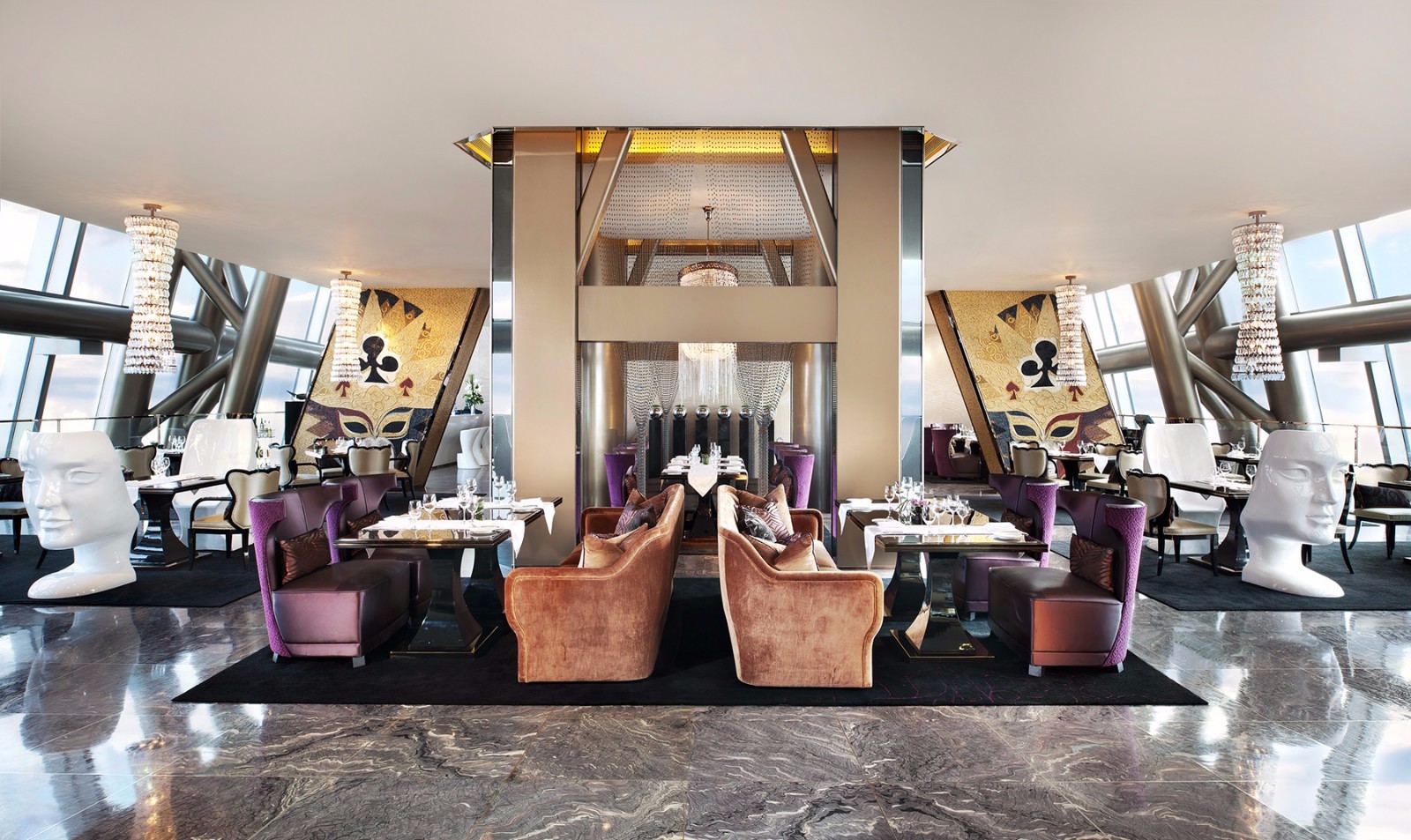 Guest chef Stefano Merlo is hosting a two-week Italian food fest at Elba, on the 99th floor of The St. Regis Shenzhen. Outside of a special 'business lunch set menu' (RMB230), guests can also enjoy a cooking class with the chef (RMB288) on August 5 and a six-course dinner with selected wines (RMB988) on the 11th. Additional service charges and taxes apply to all prices.