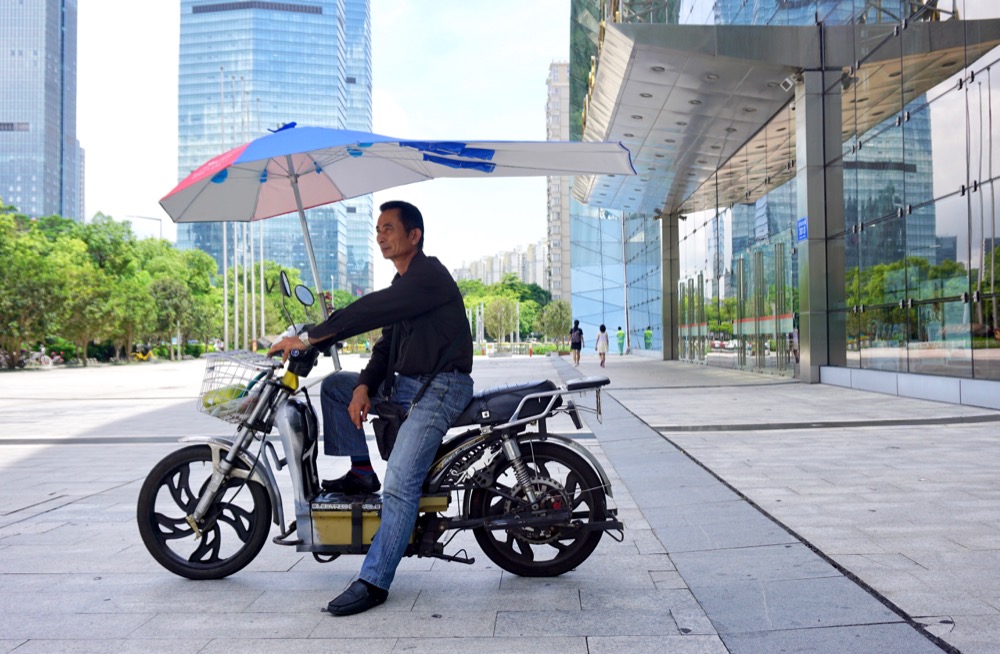 The e-bike taxi drivers don’t want to be interviewed. They’d rather not be photographed. And they definitely don’t want to talk about their work.

He’s sitting astride a bike with an umbrella attached, outside a popular subway station in Shenzhen where four metro lines intersect. It’s turning out to be a blustery day, full of sudden summer showers – not weather you’d want to walk through – but after 30 minutes of waiting, the four men don’t pick up a single fare.

“The state of laobaixing [‘the common people’] is really terrible,” the same driver comments.

“You can’t even make a living.”

That’s at least in part because their trade is illegal. Citing safety reasons, authorities banned e-bikes from many parts of Shenzhen and Guangzhou (also Beijing, Shanghai and Xiamen). Every day, e-bike taxi drivers in areas like this one run the risk of being caught.

A driver named Wang Dana tells us that last year, police raided the places where e-bike taxis gather to wait for passengers daily. If caught, a driver could lose his vehicle. In the past, you could also get detained for riding an e-bike unless you were lucky enough to get picked up by a “good policeman.”

This year, according to Wang, the raids are less frequent. But that’s only because e-bike taxi drivers have had to contend with an even greater foe: shared bicycles. 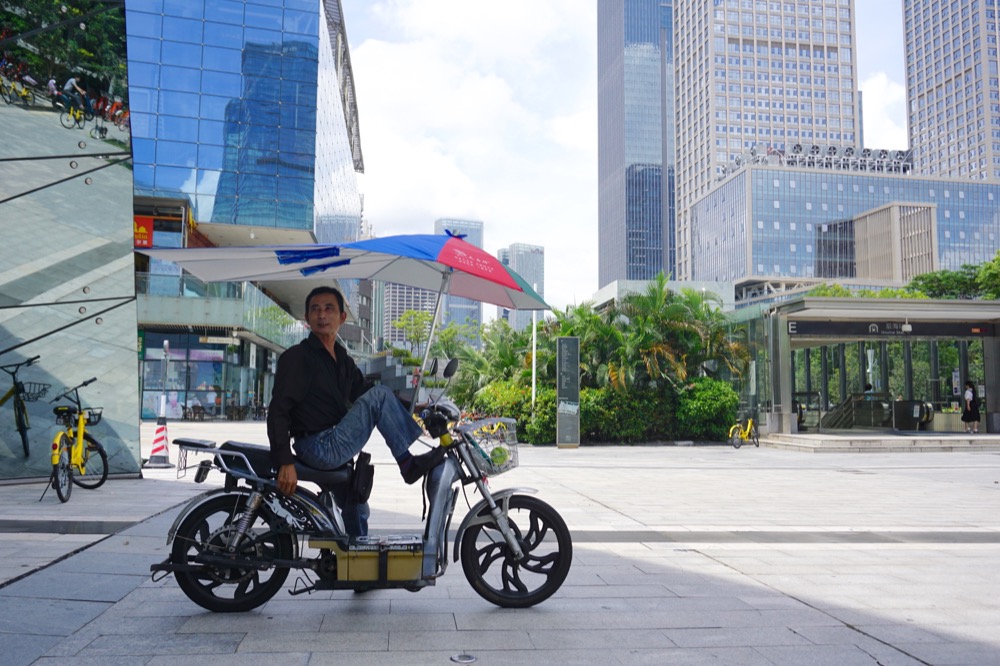 With the plethora of colorful bikes parked outside subway station exits in Chinese cities, the e-bike taxi trade has been hit hard. Fewer drivers means there’s less reason for local police to raid so often, but it’s a mixed blessing.

Wang, a Shandong native, tells us that he’s been ferrying passengers on his bike for five years now. He estimates that he earns a total of RMB100 per diem from this job. After subtracting the cost of necessities, that’s about RMB15 of savings each day.

It’s not enough. As Wang waits outside the subway station, he’s still dressed in the red-and-black shirt from his second job as a restaurant delivery guy.

Wang is relatively friendly. But like the others, he refuses to be photographed when we ask. It’d be too much risk, apparently, in a position that’s already plenty precarious.

A timely update on the state of street food in Shenzhen.