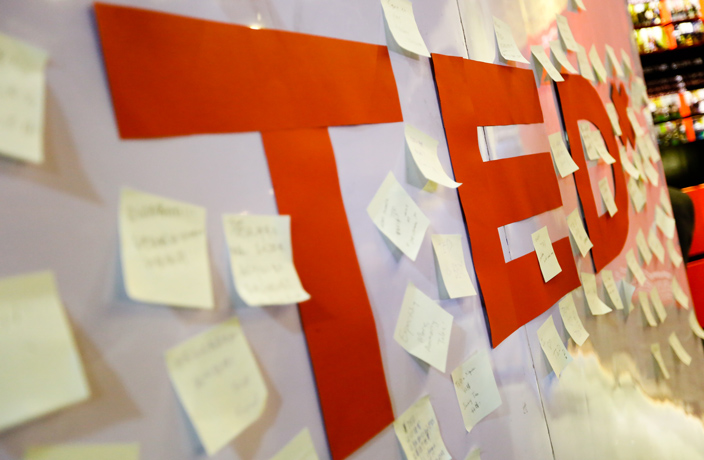 Since TED (technology, entertainment, design) was conceived in 1984, it has been acclaimed for its expert talks on myriad subjects, including the nature of the universe, body language and orgasms. officially licensed, independent offshoots have sprung up all over the world under the banner of TEDx – in fact, there are several right here in Guangzhou. This month, TEDxXiguan will be holding its very own conference based around the theme ‘constructive disruption,’ featuring talks from a broad spectrum of people, from environmental activists to architects. Ahead of the event on August 13, we chatted with two of the scheduled speakers who are emblematic of the diverse lineup. 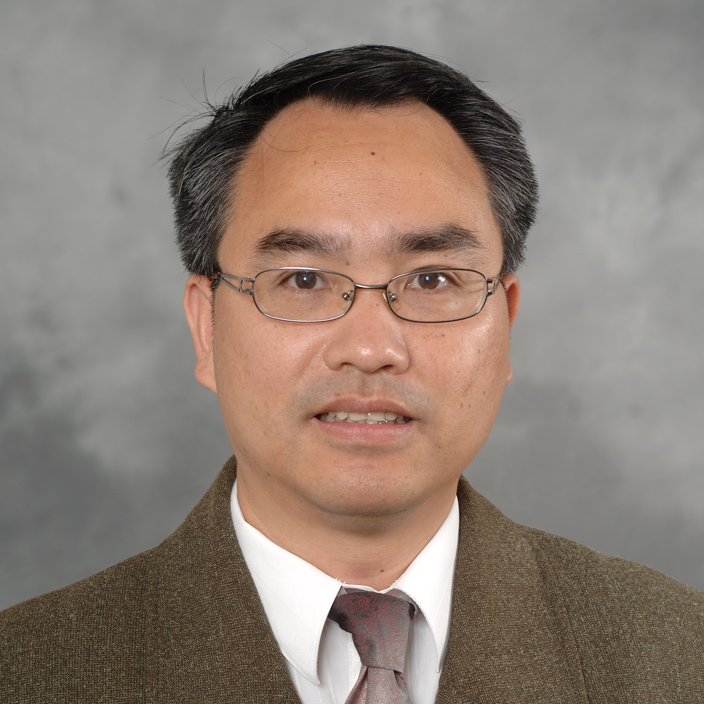 Meet Xi Zhiyong, the scientist leading the fight against Zika. His groundbreaking technology – which will soon be implemented in Brazil – was developed right under our noses, at the world’s largest mosquito factory near Shazai Island in Nansha, Guangdong.

Xi’s scheme works by implanting a naturally occurring bacteria, called Wolbachia, into the male mosquitoes of a species he is attempting to control or eliminate. Wolbachia bacteria both inhibit viruses like dengue and Zika and disrupt reproduction, so that when Xi releases the altered male mosquitoes back into the wild to mate, none of the resulting eggs hatch. So far, the project has seen incredible results: in May, Xi’s team suppressed 99 percent of the mosquito population on Shazai.

This past February, you presented your technology in front of more than 50 countries at a five-day conference in Brazil. How was the general reaction?
After our presentation in Brazil, the government there confirmed that they would use our Wolbachia technology to address the  problem of Zika. I’ve already given my mosquitoes to Brazil; they have everything they need to get started. Singapore will begin to use my technology at the end of this year.

You’ve said in the past that it may be two to three more years before we see this technology in use. Is that still the case?
Right now it looks like it may be quicker than two or three years. Following the successes of this year, we’re starting to move from these experiments to more projects in actual cities. The next step is to select a few hotspots for dengue fever, which is serious here in Guangzhou, and implement our technology there.

Do you think we’ll have a problem with the Zika virus and microcephaly here in South China?
The countries that most fear Zika are still Brazil, Columbia and Honduras, which have all had problems with microcephaly. While I was in Mexico, I learned that the Zika virus is widespread, but they didn’t seem to have a problem with microcephaly. Some theorize that the reason microcephaly is so prevalent in those few countries [like Brazil and Columbia] is, because dengue fever is so serious there, the people have developed a strong resistance to the dengue virus, and that resistance actually augments the effects of the Zika virus. Two different experimental labs have reported such results, from their tests on animals.

Some scientists say the world would be fine – better even – if we were to eliminate all mosquitoes. Others say it would severely affect ecosystems. What is your opinion?
This is a false proposition. There are so many species of mosquitoes, including those that don’t bite humans, and we are only concerned with a very small portion that spread viruses – like the Aedes Albopictus species. So if we only eliminate that species, it wouldn’t affect animals that use mosquitoes as a food source. The second thing is that we are only concerned with using this technology in areas to protect humans. If someone is out in the wild, we won’t be of any influence. Our goal is to prevent harm caused to people, not necessarily to eliminate mosquitoes.

It seems viruses like dengue and Zika have intensified over the past decade. Is this primarily due to climate change or is there another factor at work?
It is definitely related to climate change. First, mosquitoes thrive in warmer temperatures. Second, as temperatures rise, mosquitoes are able to transmit viruses more swiftly. Normally, in temperatures of around 25 degrees Celsius, it takes seven to 10 days before a mosquito can transmit a virus to another human. But if temperatures are around 30 degrees Celsius, it may only take two days for a mosquito to transmit the virus. This is important because a female mosquito’s lifespan is only around one month. If it takes 10 days for a mosquito to transmit a virus, many will die before they have the opportunity. If that time decreases to two days, however, it’s suddenly much more likely that the virus will be transferred.

What do you plan to talk about at the upcoming TEDxXiguan conference?
I’ll present a more detailed introduction to our project, so that everyone can better understand and, hopefully, accept this new technology. 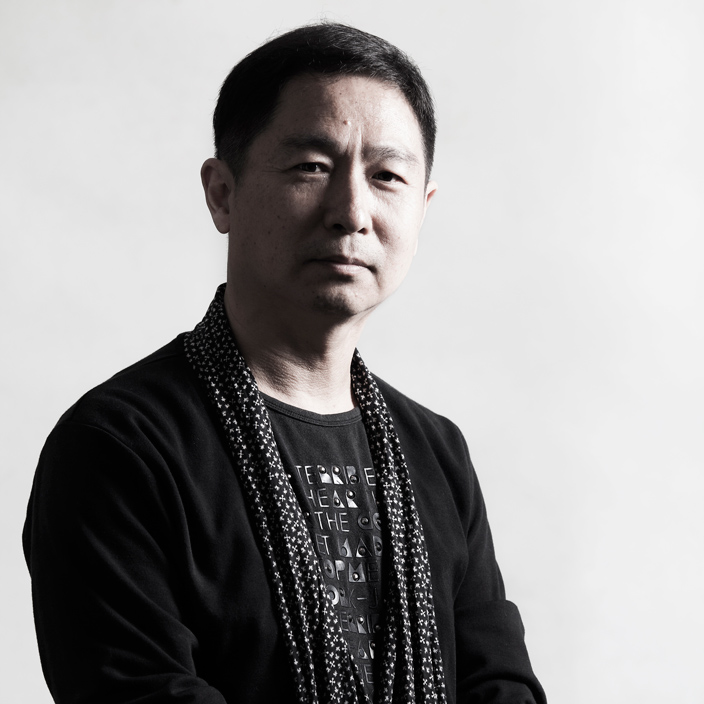 Someone glancing cursorily at Lu Jun’s work could easily mistake it for traditional Chinese landscape painting. Black ink swirls across a white background, forming elegant, impressionistic trees and mountains. Yet look a little closer and it becomes apparent that the forms have a more surreal, abstract appearance than the classic model. Tendrils of ebony coalesce into clouds and vague figures – and sometimes even skyscrapers. The result is often dreamier than the original artworks that inspired Lu to create what he terms ‘digital ink and wash.’

“Traditionally, xuan paper serves as the media for ink wash painting. But my method is to photograph the effect of ink merging in water,” he explains. “The photos will then be reprocessed in a computer.”

It’s the evolution of a centuries-old skill for the 21st century, and it all springs from the origin of all life on Earth: water. Water which disperses and distorts the ink, unthinkingly sculpting shapes out of the blackness that are then made crisper through digital enhancement. Evolution is being captured right before our eyes.

“In contrast to a two-dimensional surface, the transformation of ink taking place in water is presented,” says Lu. “Its visuals are richer and more natural. And it’s not just three-dimensional. Technically, this is a four-dimensional art form, if you count the changing visual effect I capture over a period of time. So the possibility of re-creation, the imagination and space of digital ink wash, is fairly large.”

Lu’s photography had already brought him several accolades before he turned to digital ink and wash, the idea for which came to him in a dream. “Amazingly, I remembered when I woke up and wrote down the idea,” he recalls. “I have been practicing it ever since.”

Though born in Hubei Province, Lu has been embraced by the south: his pieces appear in the collections of the Shenzhen Art Museum, Zhuhai Museum and the Art Museum of Macao. In fact, one of his series was inspired by Zhuhai’s real-estate boom in the early 90s.

Lu has exhibited in China and in Europe, and is therefore in a position to examine the differences between the way the two regions approach art. One facet he has noticed is that the West tends to be more open to new media and methods of artistic creation.

“Relatively speaking, most Chinese artists, ink wash painters in particular, devote themselves to inheritance and conduct creative practices less. Westerners are in a state where can easily accept brand-new methods and concepts, as if they are ready. “As for modernists in China, sometimes we would like to look back on our own culture, base our artworks on a traditional artistic element or background before searching for a medium, whereas in the Western world they base their works on futuristic ideas.”

Lu’s digital ink and wash illustrates his point: a style of painting that has a long, illustrious history in the Middle Kingdom is given a striking new articulation through modern technology.

Simultaneous translation will be provided at each talk and lunch is included with all tickets. For a full list of speakers and updated information, visit www.tedxxiguan.com or add the official WeChat: tedxxiguan. Sat Aug 13, 8.30am-6pm; RMB280 standard entrance fee, RMB200 for NGO/NPO employees, RMB180 for students. Garden Hotel Guangzhou. See event listing. Click here to purchase tickets in English, here for Chinese. 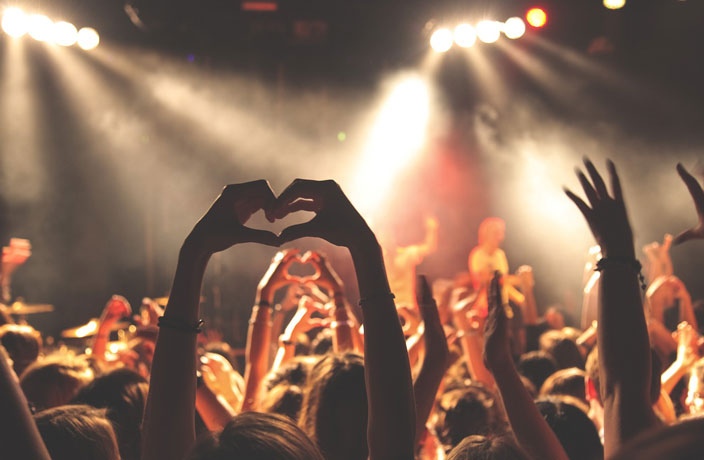 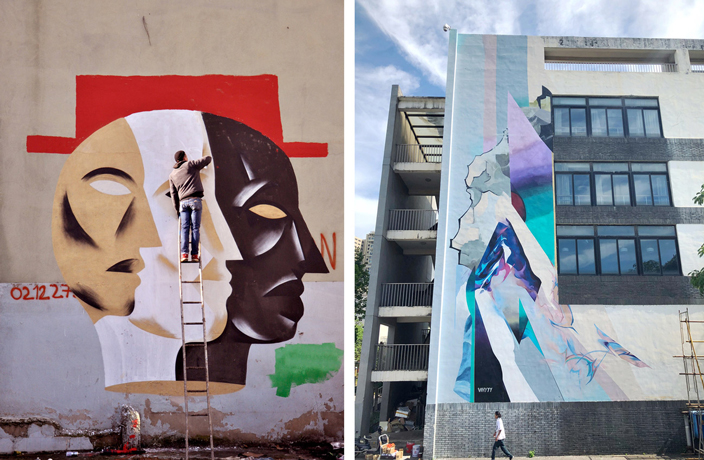 This White-Hot EDM Party in Guangzhou is Selling Fast. Snag Your Tickets Now!

What do you get when you mix the red-hot, EDM-fueled island of Ibiza with White Valentine’s Day? You get the Electric Wonderland – White Ibiza party.