So a little while back my friend got a call asking him if he would like to be paid RMB500 just to enjoy a three hour VIP luxury river cruise filled with women, free food and free champagne. He was told to wear a suit, be clean shaven and that he might have to do a catwalk at some point. That was pretty much it. Naturally, I decided to tag along, crash the party, and see how weird this would really get. 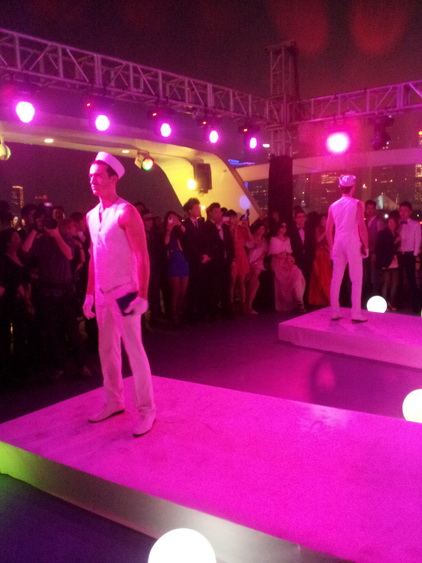 When we arrived at the boat my buddy and 14 other white guys were immediately told to change into white suits. They were then told to line up across from each other on either side of a red carpet on the dock as about 300 wealthy looking Chinese people piled onboard.

Once everyone was on the boat, they told my buddy and the other white boys to go upstairs to rehearse some sort of performance. I decided to stay downstairs and crush the free flow champagne and gourmet buffet, because the spread was incredible. 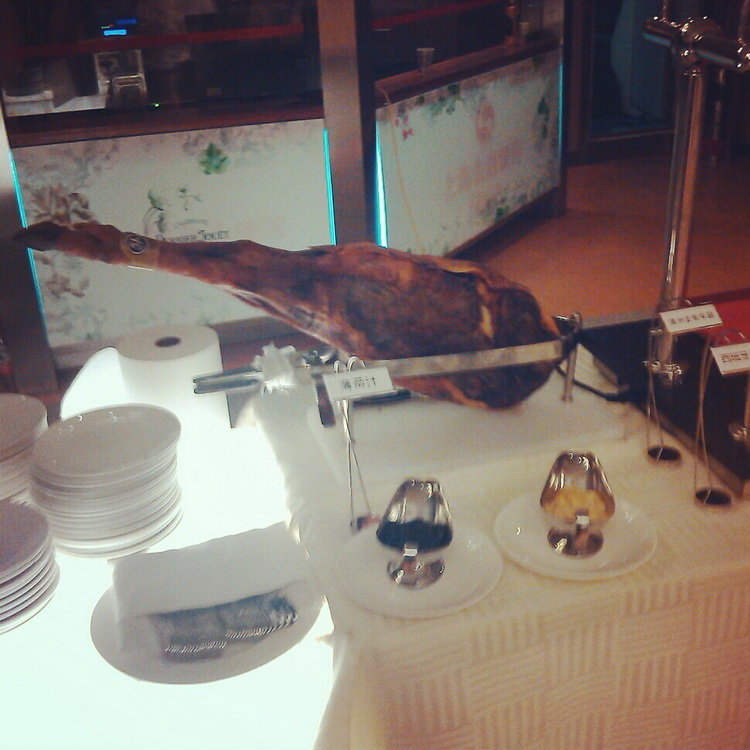 I’m talking sushi, clams, prawns, smoked salmon, sweet and sour pork, chocolate fondue fountain... you name it. I think my favorite item was the cured cow’s leg they were serving. This was some Game of Thrones shit.

I was the only white dude downstairs amongst 300 Chinese VIPs, just shoveling food into my mouth, spilling cocktail sauce on my RMB200 suit, and slurping down dozens of champagne flutes. I was having the time of my life. They even had a Chinese guy with a saxophone come out and start playing the solo from George Michael’s ‘Careless Whisper.’ 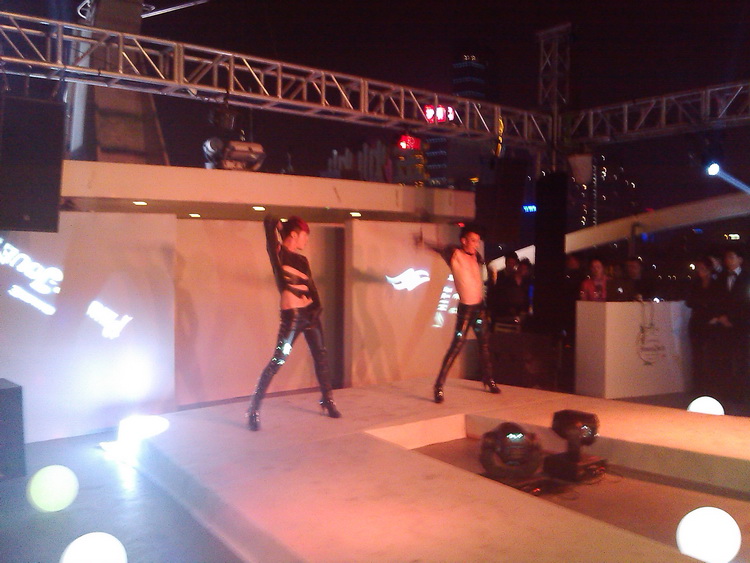 After we ate, all the guests were told to head to the roof of the boat for the rest of the show. This is when shit started getting weird. The MC announced that we would now see an ‘Ukranian dance.’ In China an ‘Ukranian dance’ apparently means two small Chinese dudes dressed in skimpy leather sadomasochistic gear having epileptic seizures to trashy European techno music (because that’s exactly what happened next). 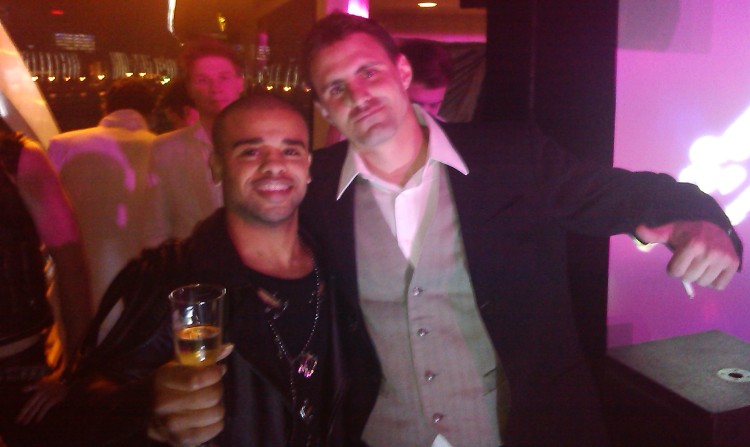 After that ‘performance’  – and as if things couldn’t get anymore random  – Raz-B from American RnB group B2K comes out lip-syncing and busting dance moves straight outta the movie You Got Served. He then starts bringing women up on stage and singing to their... special lady parts (check him out in action down there).

And now for the grand finale: my friend and all the other white dudes come out dressed in sailor suits looking like the Village People and start strutting their stuff on catwalk like its Fashion Week in Paris.

Here’s the kicker, my friend later tells me that all the foreign dudes on the boat were pretty much glorified gigolos – or as they’re known in China, ‘ducks’– who were working for the karaoke club sponsoring the event. 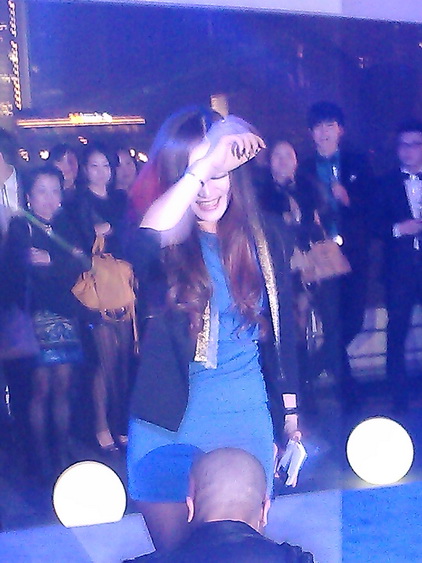 If any of them managed to bring one of the women from the boat to the Karaoke club afterwards they would be paid an extra RMB800 and could expect a tip between RMB1,000-3,000 from the woman themselves for making them feel ‘special.’

That’s right folks, here in Shanghai tall white boys can make decent cash just hanging out with wealthy Chinese women. The way I see it, most of these women probably see hiring foreign ‘ducks’ as revenge for their husbands ignoring them and fooling around with other women.

Would I do it? Yeah, probably –if the price was right and I could get drunk beforehand. It sure as hell pays better than working as Donald Duck at Happy Valley amusement park. 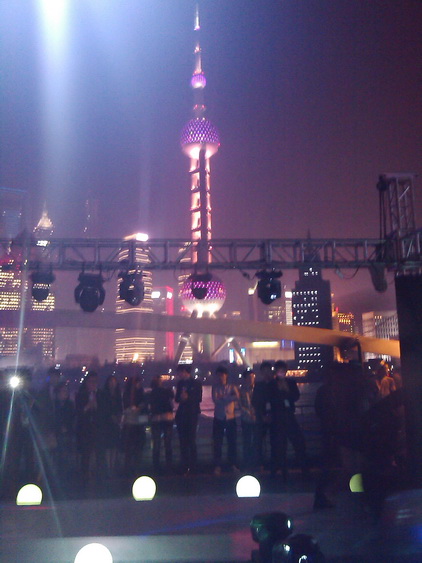 All in all, a wicked and weird night. I got to drink free champagne to my heart’s content, crush an unbelievably delicious spread, meet a G-list celebrity and learn about the underground world of gigolos. No regrets.

// Zach Etkind is the man behind web series Donnie Does, and The Monkey Kingz pranks. He’ll be sharing more of his strange experiences not caught on tape at thatsmags.com.

Donnie, the world's premier Roger Federer impersonator and goose rapper, is currently staying with his ayi in rural China.

WATCH: Donnie try to sneak into the Rolling Stones' gig

Our favourite dumb Bostonian, Donnie, was, like everyone else, keen to see the greatest rock and roll band ever during their recent trip to Shanghai.

WATCH: Donnie Does... The Shark Knight

After receiving a lifetime ban from attending Shanghai Sharks games, Donnie must take extreme measures to remain a loyal fan

Why grow old in America when you can whip cans in China?

Donnie Does: The Shark Knight Rises

Donnie Does: Everything is illuminated (with Baijiu)