Previous to this, the city had proved the exception to Zionist leader, and future first president of Israel, Chaim Weizmann’s 1936 observation that, “The world seemed to be divided into two parts — those places where the Jews could not live, and those where they could not enter.”

Shanghai was the only port in the world that would accept Jews fleeing persecution without an entry visa.

The first German Jewish refugees had arrived in Shanghai as early as November 1933, the Nazis having consolidated power in Germany at the beginning of that year. During the height of the refugee flight to Shanghai between November 1938 and June 1941, the total number of arrivals by sea and land has been estimated around 20,000. 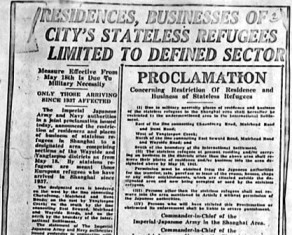 While the Japanese ignored the German wish to hand over the Jews of Shanghai, under pressure from their ally, they were moved into a restricted Ghetto about one square mile in size in Hongkou, where hunger and infectious diseases became rife. 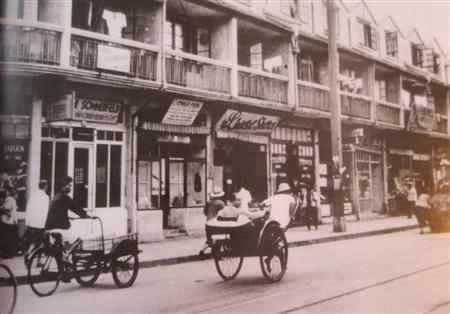 The Ghetto was officially liberated on September 3, 1945. With the establishment of the State of Israel in 1948, and the fall of Chiang Kai-shek and the KMT in 1949, almost all the Shanghai Ghetto Jews left. Only 100 were said to be remaining by 1957.

For more on the history of Jews in Shanghai, including fascinating walking tours from Dvir Bar-Gal, visit www.shanghai-jews.com.