China has its fair share of fake goods. The global trade for fake goods is a USD465 billion-dollar industry, and the Chinese mainland and Hong Kong make up a staggering 85% of the market. To add a little perspective, the fake goods market is a bigger contributor to the global economy than the illegal drug trade.

We’re not just talking Louis Vuitton handbags, Armani suits and Yeezy boots. We’ve seen fake products ranging from Legos to frying pans and kitchen knives to cars and condoms. And recently, there have been reports of fake medicine and even food being snatched up by the authorities.

The range of quality of fake goods in China varies wildly, we’ve all seen the guy on the metro wearing a ‘Linkin Park, minutes to midnight’ t-shirt that reads ‘knickin pank, midnight to minutes,’ or the ayi head to toe in the finest Gukki.

Despite contributing a significant share of the fake goods industry, big brands don’t do as much as you might think to police these blatantly obvious rip-offs. Small fish, big pond. It’s the products that require experts, with years of training to spot the real from the fake, that really worry the major players in the luxury brands market.

Fake brands of the highest quality aren’t cheap. The best fake Hermes bag from Beijing’s infamous Silk Road Market will set you back several thousand yuan. Still, this is nothing in comparison to the several tens of thousands of US dollars that the real thing would cost.

We spoke with CG to learn about the industry and understand exactly how fake goods are made in China.

“Many years ago, Nike’s factories were in China. Later, the wages of Chinese labor increased, so Nike moved [some of] its factories to different countries in Southeast Asia. But the manufacturing technology remained in China, so we can continue to produce,” CG says via WeChat. Although he types in near-perfect English, he’s apprehensive about speaking over the phone.

Despite selling just about anything, CG’s main outlet is shoes, followed closely by clothes, bags and accessories. Like many of these sellers, their products differ in terms of quality. 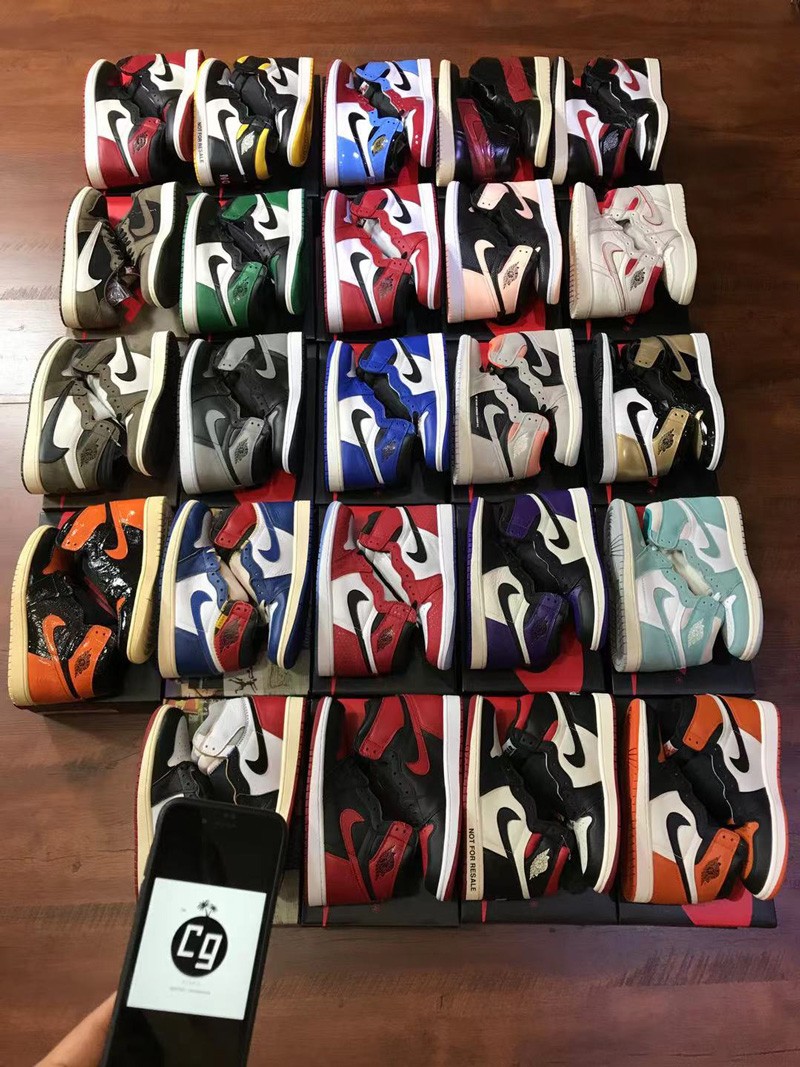 “There will be many different versions of the same product – they come from different factories and are sold to different groups of people,” he writes, with a pause between messages to handle customer inquiries. “For example, students have less money and usually buy lower quality versions. People with jobs will choose the higher version or even the best. Different versions, different prices.”

We’ve seen CG’s products and to the untrained eye, it’s almost impossible to distinguish between real and fake. Even upon close examination of the stitching, materials and embroidery, it’s hard to find faults. Most impressive of all is the quality of the luxury brands, which always come with a replica certificate of authentication, just like the real thing.

These high-quality imitations are made using machines like the ones Nike left behind all those years ago. “We will buy the genuine products as soon as possible, dissect it and copy it. First buy genuine products – you only need one, then you can make countless copies.” 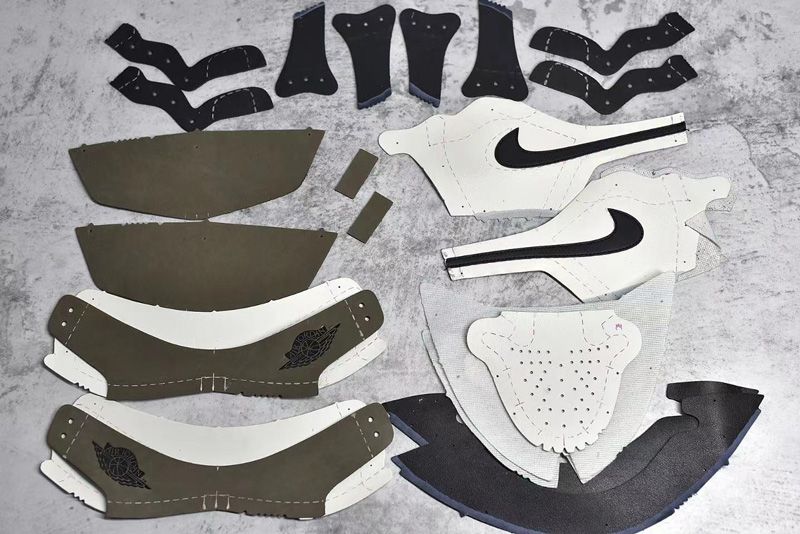 With a business model like that, it’s justifiable to spend thousands of yuan on the real product.

Once CG has the genuine product, he has a special team that is in charge of taking the product apart and seeing exactly how it is put together and what materials are used. After that, it’s simply telling a machine what to do.

“We have no official authorization, this is very sensitive, so we sell through very special channels. We have to be very careful”

CG is the boss of his operation in Longjiang, Fujian province, and oversees the whole operation. On a typical day, CG officially goes online at 2pm and starts replying to customer inquiries.

He does the majority of his business via WeChat, so there’s a lot of messages. He’ll take orders until around 6pm, and then it’s time to start processing orders.

“We have employees who specialize in picking up goods [from factories and warehouses]. After the goods are brought back, we need to do a careful inspection, repairs and packing. Then the courier will come over and take them out. This lasts until about 2am, because our pick-ups must be completed late at night, around midnight.” 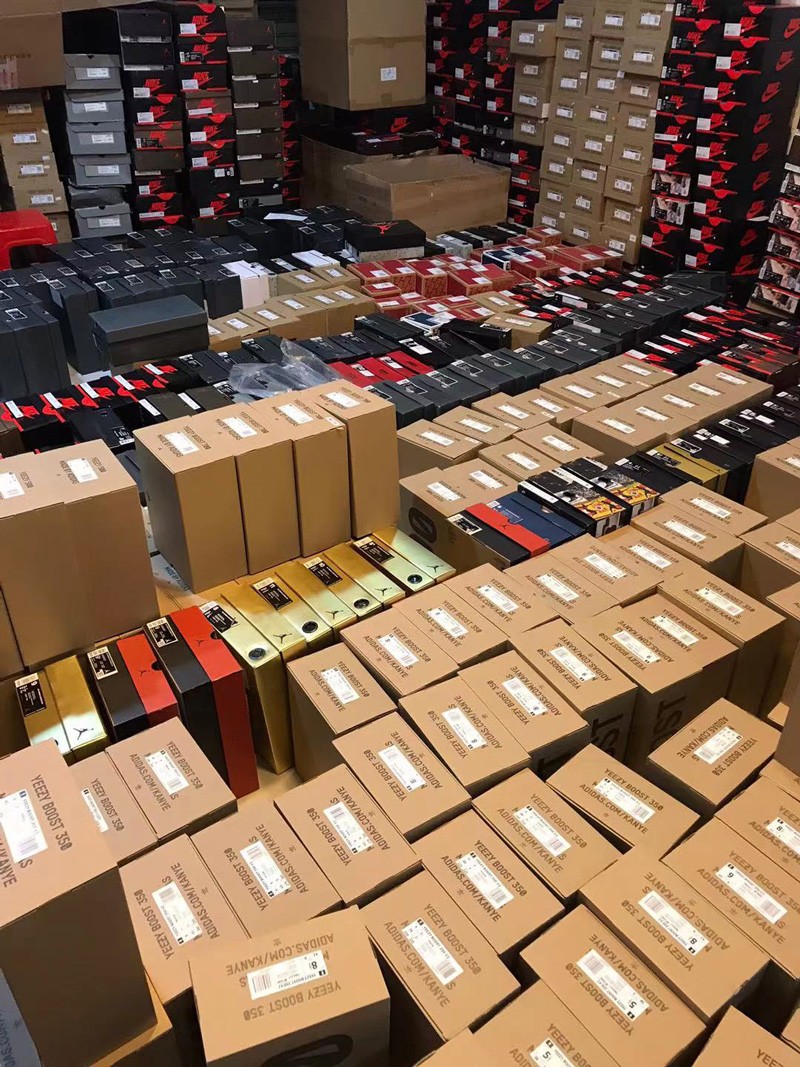 During our text conversation, the break between messages becomes a little longer now and I start to get the feeling that he doesn’t want to say too much. “We have no official authorization, this is very sensitive, so we sell through very special channels. We have to be very careful.”

Every morning, ever since we’ve known CG, he has uploaded pictures of all his latest products in the middle of the night like clockwork. On a typical day, hundreds of the newest shoes and clothes will be pumped into our Moments. When Chinese New Year, Christmas, or any public holiday rolls around, we’ll see toys, furniture, electrical goods – you name it.

“We work with many factories each producing different goods, and I also have my own factory. My factory produces high-quality items, mainly clothes. The watches and jewelry are made at my friends’ factories, we work closely together. We also have warehouses in Shanghai, Jiangsu, Guangdong and Shandong.”

“When studying in Sanya, I met some foreigners who introduced me to their relatives and friends, so I’ve been able to get more and more foreign customers. I often send goods to England, America and Vietnam”

CG has many different connections across China because he has been in the trade ever since he was a kid. “When I was a child, my cousin had a shoe factory. In high school, I started to help sell shoes and used to publish pictures on the internet and send express deliveries. Almost like it is now, but at that time I was only responsible for taking orders.”

After working with his cousin throughout high school, CG went to Sanya University to study business management. With the experience of working on the factory floor and then studying management, CG has been able to set up a business that is now selling internationally.

“When studying in Sanya, I met some foreigners who introduced me to their relatives and friends, so I’ve been able to get more and more foreign customers. I often send goods to England, America and Vietnam,” he tells us.

Fake products in the West are nowhere near the quality of fakes that are released in China, hence the significant global market domination, and the ability for someone like CG to sell internationally. When we ask CG what’s the difference between his products and the real deal, he frankly replied: “The price.”

Of course, we wouldn’t expect him to say anything else, he does have a business to run after all.

One of our big takeaways is that CG’s products aren’t the top of the line – some fakes in the market go for tens of thousands of yuan, which goes to show how high the quality can be.

How sure can you even be that what you’re wearing is the real deal?