“They actually wanted me to marry this woman. They were really taking it seriously.”

This is just one of the hundreds of situations that Spanish filmmaker Luis Castro reflects on during his time documenting Chinese people and culture.

China is a country with a rich history, comprising people from many different walks of life and share a plethora of customs, conventions and cultural norms.

Castro set out on a mission to capture the lesser observed parts of China through the lens. Filming in a Chinese barbershop

For his first project, he shot and edited one-minute videos every day for a year. These short clips would eventually become 354, a feature-length documentary-style film that shows Chinese culture in a raw form.

Spending a full year away from his home in Beijing to travel every corner of the Middle Kingdom, Castro not only touched upon little-known communities in China but also began a journey to produce two more films that highlight ancient Chinese cultures and customs. 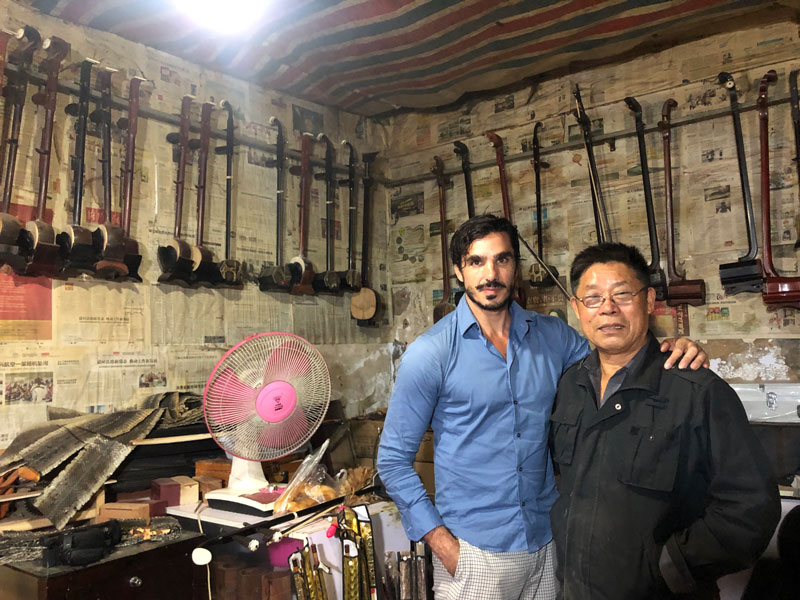 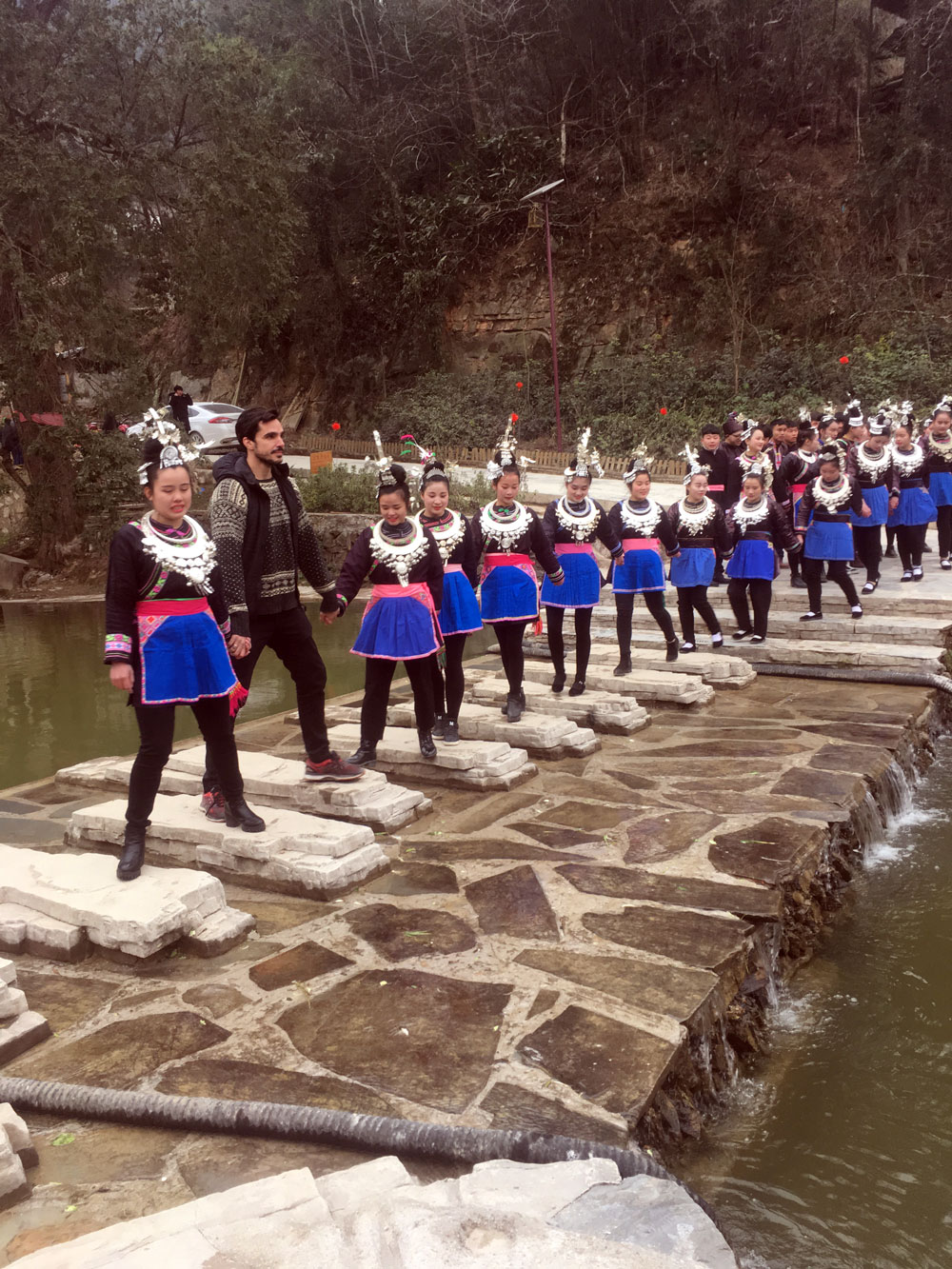 A few days before he left the capital city again to explore ancient villages in Guizhou for his new film King Bull, we talked with Castro about the sights he witnessed on his journey for 354.

Castro started making 354 on the first day of the 2019 Lunar Calendar.

It took him from the social conflicts in Hong Kong to horse riders in Inner Mongolia to the COVID-19 outbreak in Wuhan.

The sights witnessed during the creation of 354 even sparked the embers for two more movies.

“I was always influenced by Asian culture; my father was an expert in Eastern art and when I was in the West, I felt Japan was the place to be. But actually, I didn’t like living in Japan so for no particular reason I came to China,” Castro tells us over the phone from Beijing.

Now 48 years old, he arrived in the PRC seven years ago after living in Japan for three years. During his early years in China, he quickly fell in love with the people, and he felt that there were stories to be told. Quality chat with a new friend

“When I came to China, I started a business with my friend, helping Spanish businesses establish themselves in China. I was traveling a lot but not really shooting anything. However, I could see the potential.”

Castro worked with his friend for five years establishing a successful business but the desire to share his stories of China with the world eventually led him down a new path.

He got the idea to make a video every day from American Youtuber Casey Neistat, who uploaded a daily video blog about his life for more than a year. Castro dedicated time each day to create a one-minute video highlighting Chinese culture for an entire year.

“The movie is about Chinese people, but it's also the year before the world changed forever”

“I started filming in February 2019 on the first day of the Chinese New Year. The 354 days of shooting along with the Lunar Year makes it more unique. By the last day of filming, I was in Wuhan the day before it went into lockdown. It made the film even stronger,” he tells us. “The movie is about Chinese people, but it’s also the year before the world changed forever.”

354 is a two-hour movie divided into eight sections: ‘Welcome to My Home,’ ‘We Are Young,’ ‘Chinese Marriage Story,’ ‘Modern Craftsman,’ ’Urban and Rural Paradise,’ ‘Finding Faith,’ ‘I am Chinese’ and ‘State of the Nation.’

Each of the eight sections is made up of the hundreds of one-minute movies that Castro created. “Every one-minute film is a story - with a beginning, a conflict and a resolution.” 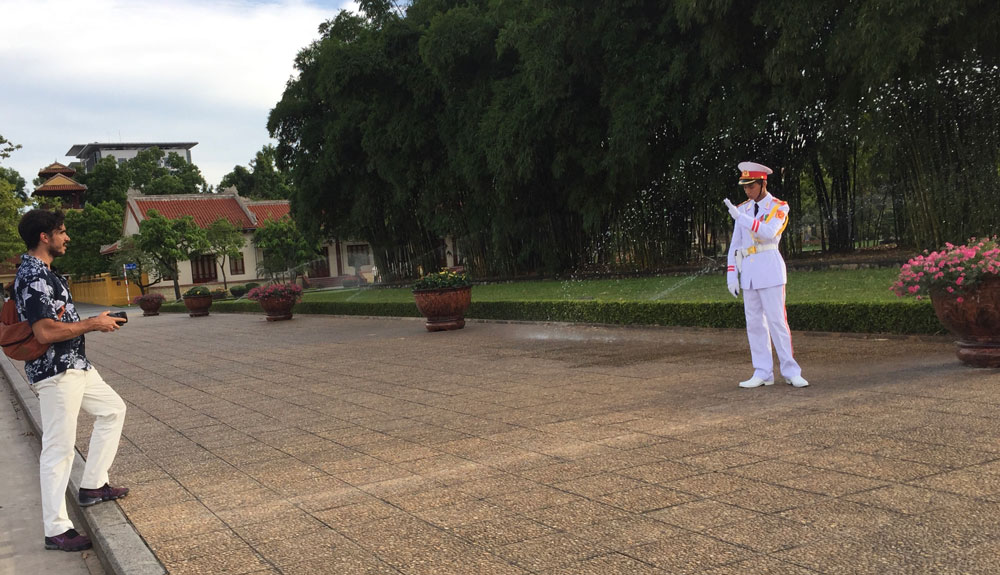 In terms of content, he was influenced by Italian director Michaelangelo Antonioni, who came to China in the 1970s. The government granted Antonioni permission to come to China and film. While in China, Antonioni made La Chine, a cinema verite-style documentary film. It’s this style of filmmaking where the film focuses on real subjects in real situations that Castro looks to when making his movies.

“One section I removed because [the] film had become too long. [It] was called ‘Private and Public Spaces.’ There is a very thin line between public and private space in China – even your personal space. That’s part of the reason I could enter many houses without any issue because they often don’t distinguish between public and private. Also, they are curious about foreigners and their views on China. They are curious people, it's part of their culture,” says Castro.

354 still encapsulates the essence of private and public spaces that he begrudgingly omitted from the film. Throughout the movie, he approaches people from various backgrounds in China and engages with them in a natural setting.

“I never had any confrontation when filming. I think it may be because of the mentality of people in China – everything is public”

What we find striking about the movie is how much people are willing to open up to him.

‘Welcome to My Home’ shows all the times that Castro, with his wavy black hair and bushy beard, was invited into the homes of strangers he met on the street – some of whom actually live on the street.

The people Castro meets throughout 354 are happy to share with him, whether over beers and barbeque in Inner Mongolia or on the streets of Beijing. He’s documented pictures and family stories of everyday people that stretch back generations. “I don’t have a favorite video; I like most of them. But actually, this movie and these videos are an experience. I never had any confrontation when filming. I think it may be because of the mentality of people in China – everything is public. But also, I’ve always been taking photos and videos. If you’re afraid of doing it, people will confront you, but if you look confident, then no one will say anything,” he notes. 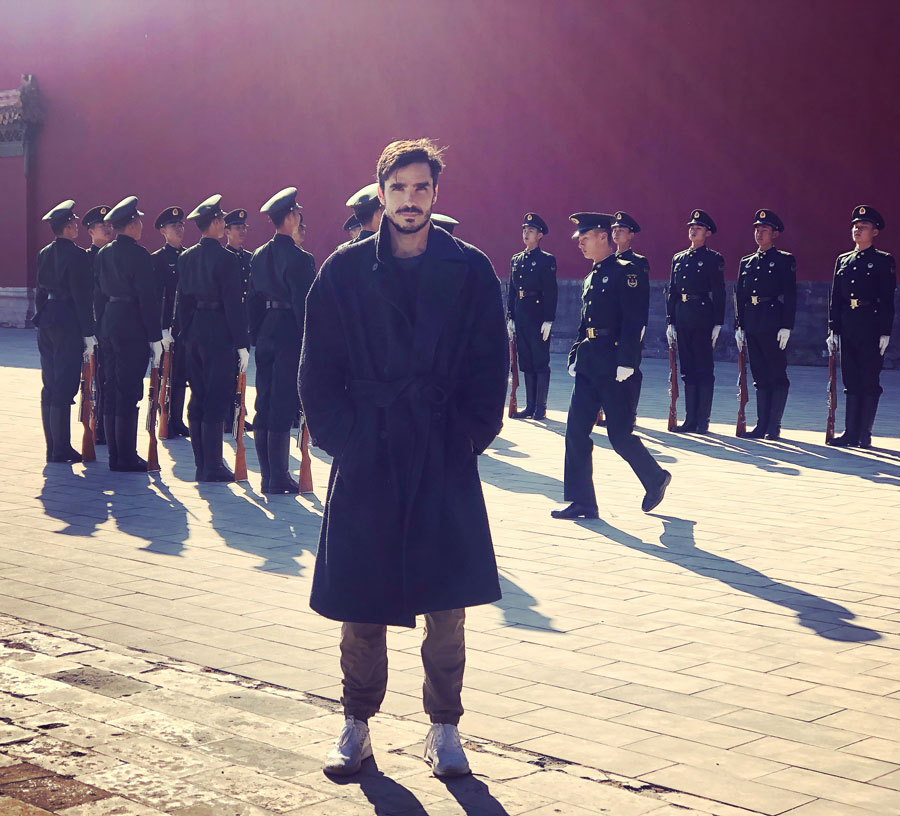 A snapshot with guards in Beijing

It’s this boldness and confidence when filming that led Castro to Baixi, or White Joy, his second film about Chinese people and their culture.

“I was hiking in the mountains in Guizhou on the anniversary of my father’s death. I was by myself, and I came across this village. The film starts with all these women crying around the coffin, and that’s how I found them. So, I started shooting, and I got closer and closer and then the men in the village started carrying the coffin up the hill,” Castro recalls of the catalyst behind White Joy.

He had inadvertently stumbled across an ancient village in Guizhou where the moving of a coffin to its final burial site is the final day of a three-day funeral procession.

“The reason the funeral is called Baixi, or White Joy, is because after an elderly person passes away naturally, it’s a celebration and a sacrifice, the full cycle”

“You know, the person has to be buried in a very specific place, and they had to carry the coffin up a mountain. So, I just went with them, and they stopped for a rest and they started smoking cigarettes, and then they were giving cigarettes to me. So, I knew they didn’t mind, and that I could film. I just followed them for the rest of the procession, but eventually, I had to go back to Beijing.”

Having only witnessed the final day of the ancient ceremony, Castro felt the need to return to Guizhou to experience the full ritual. “The reason the funeral is called Baixi, or White Joy, is because after an elderly person passes away naturally, it’s a celebration and a sacrifice, the full cycle. It becomes a celebration because the person who passed had a full life. I have very strong feelings about this place, because every time I've been there, I’ve had this life and death experience.”

White Joy is a 20-minute movie that shows the funeral procession in its entirety – the slaughtering of the sacrificial animals, the mourning, the making of the coffin and the Fengshui master finding the most suitable burial site. Throughout the movie, death, sadness and sacrifice are juxtaposed with life, youth and happiness, fully capturing the ethos of Baixi. “I’ve been there five or six times now, and my girlfriend is helping the women in the villages to create a textile business, so they don’t have to rely on men.” His next project, however, would take a drastic shift from funerals to bullfighting.

Usually synonymous with Spanish culture, Castro was shocked to find that many small towns and villages around Guizhou have their own form of bullfighting, something even unknown to many Chinese people.

The day we spoke to Castro, he was preparing to return to Guizhou to begin his research and filming for Da Niu Wang, or King Bull. The first time he saw a bullfight was also by accident while in Guizhou filming 354.

“I was really shocked when I saw it. In Guizhou, a bullfight is a symbol of strength and courage. Bullfighting started as a conflict between villages because all these small communities have a bull, and they would solve a conflict with a bullfight. The fight only lasts for three minutes, and both bulls can [technically] win. The only way [a village] can lose is if a bull runs away,” he tells us. This time Castro’s trip to Guizhou has a clear goal. “I’d like to find a character that can tell the story of the film, they call the bull Niu Wang, so it would be good to find a famous bull. But when I go, it’ll be the last bullfight of the season, so I will need to make several trips there. I think I'll be shooting this movie for a year.”

Castro’s 354 will be screened at several film festivals in China and Europe this year.

Both movies are shot with an artistic quality balanced with pure naturalism, which leaves the viewer feeling like they witnessed it with their own eyes.

We expect nothing less from King Bull, which will hit screens in 2022.

To learn more about Castro’s projects, check out @354films on Instagram.