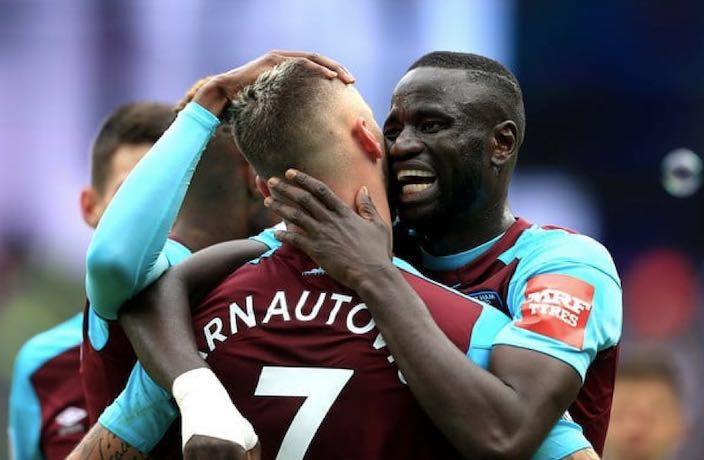 The move to the Shanghai Stadium for the Austrian forward comes after the Hammers rejected an initial GBP19.7 million bid on Tuesday for the 30-year-old (they also turned down a GBP35 million bid from Shanggang in January, which we presume they are regretting).

Arnautovic handed in a transfer request to force through the move, and West Ham have described the bid “terrible” but, given the player’s off-field antics, the club are desperate to offload of a player whose manager and teammates are at wits ends with.

West Ham’s 2017/18 Player of the Year signed an improved contract in January following the failed move to China that saw his wages rise to GBP120,000 per week. A release clause of GBP40 million had been in place, however this expired on June 14, with SIPG now snapping up the forward at less than half the price.

The move comes as SIPG forward Elkeson is set to re-join Guangzhou Evergrande, who were keen to meet his new wage demands. We reported then that SIPG would likely be the team in for Arnautovic, and now the deal looks to have come to fruition.

“He's not a cow or a horse which you bring to market. He's a highly talented footballer who is simply being used by West Ham. He's just a number to them. West Ham were trying to get rid of Marko right up until the last minute of the January transfer window and they are still trying to sell him right now. To them he's just a commodity.”

The deal is the first time the reigning Chinese Super League champions have splashed the big bucks since they captured the trio of Hulk, Oscar and Odil Akhmedov for a combined total of RMB110m in the summer of 2016.

Undeniably a sensational talent on the pitch, the mercurial forward’s off-field antics, toiled with recurring foot and muscle injuries, has made him a very divisive character amongst fans back in Europe.

The Austrian’s former manager José Mourinho, for whom the forward had a brief spell at Inter Milan, commented that he’s a “fantastic guy but has the attitude of a child.”

The deal sees his former club recuperate the GBP20 million fee they paid to Stoke City for him, with a sell on clause meaning the Potters will receive 20% of the SIPG fee.

Incidentally, West Ham United will be traveling to Shanghai later this month for the Premier League Asia Trophy, you can get your tickets here.