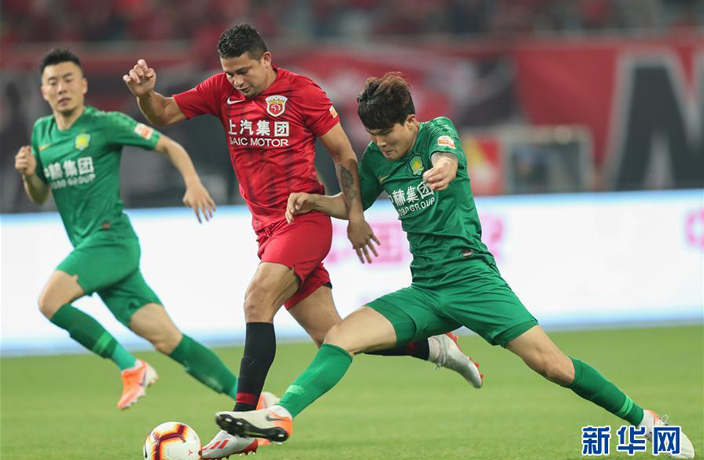 Beijing Guo'an's 100% start to the Chinese Super League season ended at the 11th hurdle as they went down 2-1 at champions Shanghai SIPG.

Brazilian Oscar opened the scoring with his fourth goal in two games – after his midweek hatrick took SIPG into the AFC Champions League knockout rounds – being slipped in by samba-style lollipopping compatriot Hulk.

Guoan, who made headlines at the beginning of the season after signing naturalized players Nico Yennaris (Li Ke) and John Hou Saeter (Hou Yongyong), who were born in England and Norway respectively, leveled shortly before the hour when Yu Dabao glanced in a header.

Chinese international Cai Huikang then restored SIPG's advantage with 12 minutes to go, heading in from Oscar's pinpoint free-kick, and clung on despite Guo'an hitting the post in the second minute of injury time.

The result blows the title race wide open, cutting Guo'an's lead to just two points on 30, with SIPG on 28 and Guangzhou Evergrande third on 25.