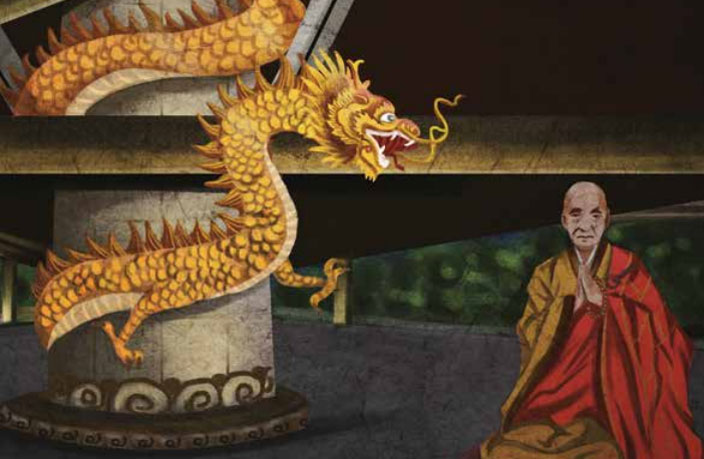 Millions of people drive past Yan’an Elevated Road (or Yan’an Gaojia) on a daily basis. Getting stuck in traffic on this 15-kilometer-long expressway running from the Bund to the Hongqiao Airport is a daily routine for many Shanghai residents.

Ever since Yan’an Gaojia was open to the public in the mid-1990s, a certain ‘legend’ focusing on just one specific part of the expressway – the ‘dragon pillar’ – has been circulating among locals. Located at the cross-section with Nanbei Gaojia near People’s Square, the ‘dragon pillar’ – unlike all the other regular concrete pillars along the expressway – isn’t just larger and thicker; it’s also decorated with a metallic finishing, as well as nine large bronze dragons and several smaller ones on its surface. 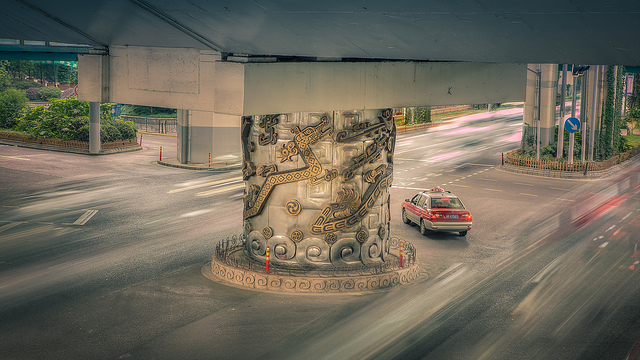 As the story goes, to avoid further delays, government officials and the construction company invited several fengshui masters to take a look at the site, but they all refused to prescribe a solution. In the end, a monk from Jade Buddha Temple (some say Longhua Temple) agreed to perform a religious ceremony. Before he left, the monk also asked for the pillar to be covered with nine dragons because this very spot happens to be the resting place of the city’s guardian dragon. After the ceremony was finished, workers were finally able to install not just one, but seven pilings at the spot.

While the construction resumed without any major hitches, the monk who performed the ceremony was said to have died of unknown causes a few days after. Many believed his death was a punishment for ‘spilling the secrets’ on the dragon’s home. While officials have repeatedly dismissed this as pure fiction, when it comes to urban myths in Shanghai, this is one every local has heard of.