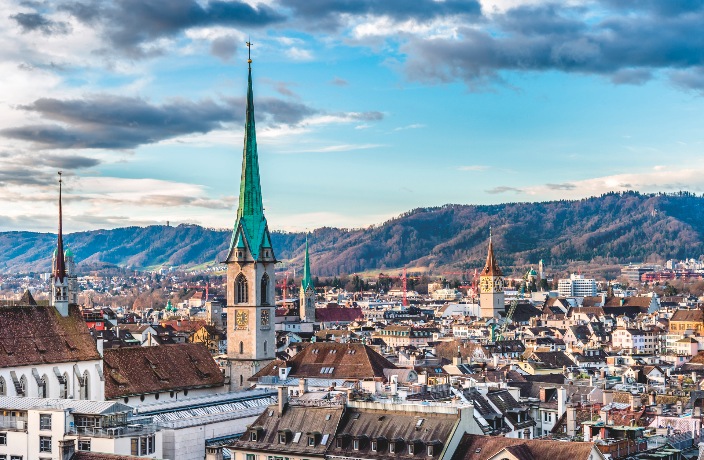 'Quality’ is the first word that comes to mind to describe Switzerland. Besides producing some of the world’s best cheeses, chocolates and watches, it’s also long been a frequent guest on the top spots of the UN’s ‘World Happiness Report,’ while its largest city, Zurich, is featured as one of the world’s most livable cities on lists such as Monocle’s annual Quality of Life Survey. 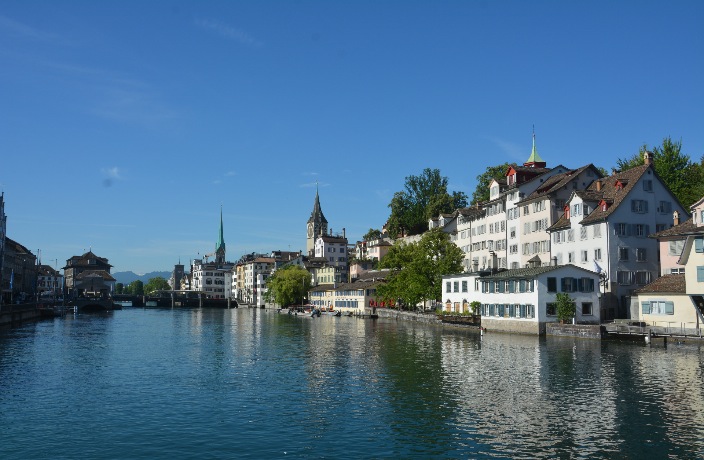 From enjoying one of the highest per capita incomes and lowest unemployment rates in the world, to having long-term economic and political stability, the Swiss aren’t just an exporter of quality products, they’re also a living and breathing example of how to lead a quality life. On a recent trip to Zurich, we heard from a few locals about how their city and country’s attractive infrastructures inspire their creativity, as well as how important it is for them to maintain quality standards in their age-old traditions and craftsmanship.

Hopping on the 6.14am tram from our apartment near the Central Station, it takes exactly 10 minutes to get to Lake Zurich. Just like its public transport system, everything in Zurich runs in an orderly and timely manner – a nice change of pace from the constantly chaotic traffic on the streets of Shanghai. 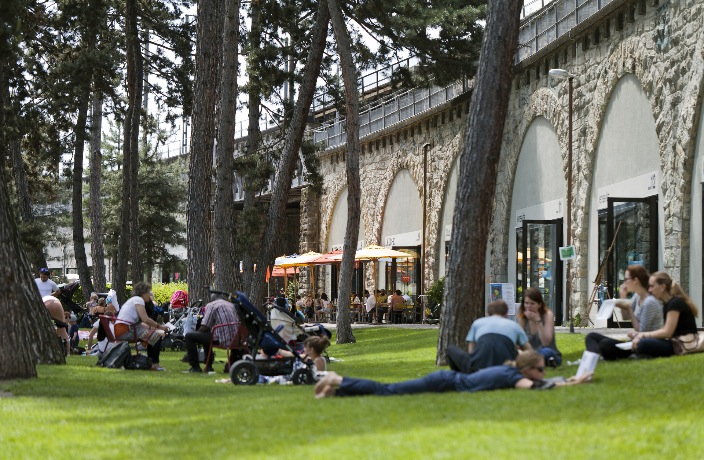 Hanging out at Im Viadukt

Running next to the lake and around the Old Town was part of my morning ritual on a week-long trip to Zurich in July. In a city nestled between rivers, lakes and mountains, a good number of joggers in their colorful running gear are already speeding along the tree-lined waterfront boulevard by 7am, brushing past well-dressed men and women riding fixies on their way to work and armed with a gym bag over their shoulders.

“Sports is a big part of Swiss culture; people love outdoor adventures. If you ask me who our biggest competitor is, I’d say it’s nature, because people don’t really need a gym to exercise in Zurich,” says Paco Savio, the cofounder and creative director of independent fitness brand, Balboa, which offers equipment-free classes ranging from yoga to high-intensity multifunctional training and martial arts. 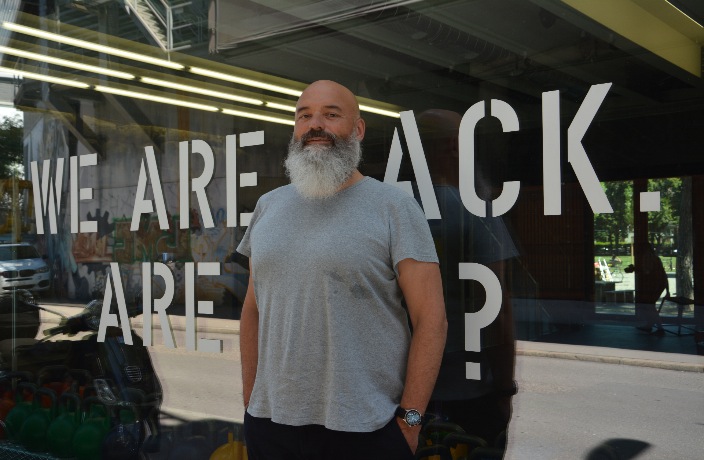 Since opening in 2014, the Buenos Aires native and his business partners have expanded Balboa to having three locations, 2,000 active members, and 40 instructors and employees across Zurich. We’re sitting just outside their newest branch at Im Viadukt – a popular cultural and lifestyle complex built under the arches of a railway bridge on the city’s west side.

A photo shoot for the latest yoga apparel collaboration between Balboa and lululemon is taking place inside the studio. Behind us, a couple of kindergarten teachers are setting up for a picnic for their class on a lush field of grass. The city appears to be always camera ready; there are simply no bad angles to it. “It’s a very typical scene here; everything is always very harmonious,” Savio comments. “Zurich has that small village feel, but it’s also a global metropolis at the same time.”

A few doors down from Balboa is BrankoB, a multi-brand menswear boutique that carries the works of Swiss designers like Adrian Reber. Originally from the Swiss capital, Bern, the former Hugo Boss designer initially started his eponymous label right after graduating from Paris’ Atelier Chardon Savard in the early 2000s. After a seven-year stint as the head of design of knitwear for the Hugo collection, Reber decided to head home and re-launch the brand in 2014.

Adrian Reber at his studio

Reber’s career trajectory is a common one for Swiss-born designers. Due to the small size of their country, they generally choose to look beyond its borders and kick off their careers in fashion capitals like Milan, Paris or London. Most of them, however, will eventually return home after they’ve established a name for themselves in the industry.

“I came back for the quality of life,” Reber tells me. “My apartment here is much bigger than the one I had in Paris. It’s a five-minute walk away from a forest... Switzerland is quite a good place to be creative because it’s less stressful here.”

It’s not only native Swiss designers who recognize Zurich’s appeal. Back in March, French clothing label Vetements made headlines with a surprising decision to relocate its headquarters and the entire design team from Paris to Zurich. In an interview, Vetements CEO Guram Gvasalia describes the move as a “clean slate” from the French capital, stating that its “destructive ‘bling bling’ environment” and “superficial glamor” has become a hindrance to the brand’s creativity and growth.

Though Switzerland is a small player in fashion compared to their Italian or French neighbors, Reber makes it a point to brand his collection of men’s modern basics and handmade couture pieces as ‘made in Switzerland.’ “We’re losing more and more of the manufacturing [to places like Eastern Europe] because the labor cost is too high,” says the designer. “However, I still like to work with some of the eco-friendly production plants here and support them; it’s part of my brand’s DNA.”

For watchmakers, a profession in which the Swiss have been a market leader for centuries, ‘made in Switzerland’ is a symbol for top quality for both buyers and industry insiders alike. Besides your Rolex, Omega, Longines and Tissot, independent boutique brands are also commonly found on the streets of major Swiss cities. One example of which is Maurice de Mauriac, a self-proclaimed ‘made by Zurich’ label that started in 1997. Its atelier is located in a posh commercial neighborhood, a block away from Park Hyatt Zurich and the offices of several prominent Swiss banks. 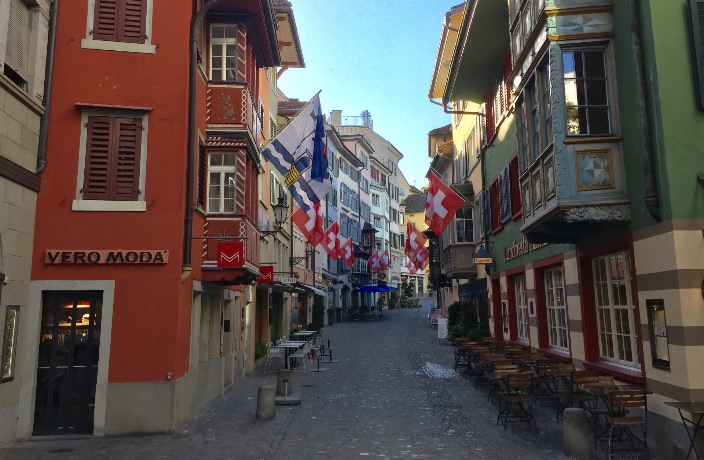 “Our customers include many bankers and diplomats, and they usually don’t come in just to buy a watch – they are looking for stories to tell with their watch. Over the years, we’ve built a relationship and trust with them,” says founder Daniel Dreifuss, a 30-year veteran of the watchmaking industry.

Maurice de Mauriac is a family business in the truest sense: Dreifuss’ sons – Massimo (24) and Leonard (22) – have been helping out at their father’s shop since they were in elementary school. After years of greeting customers and serving coffee, Massimo is now helping his father with sales while Leonard just launched a new website and created other branding collaterals for Maurice de Mauriac. 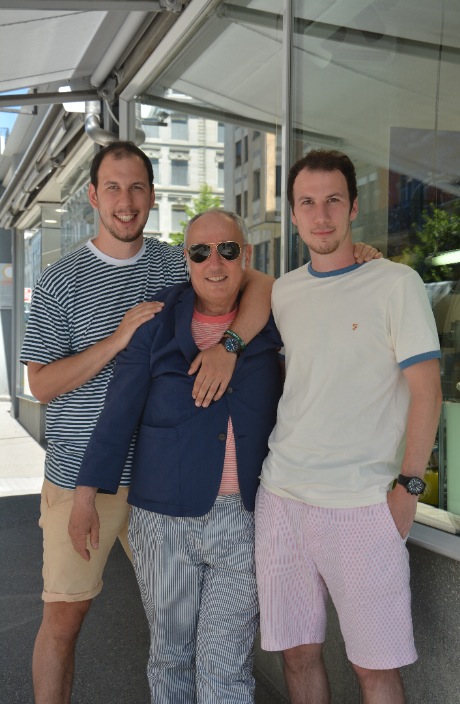 “Many Swiss families pass down watches from generation to generation,” says Daniel of how much timepieces are ingrained in Swiss traditions. “Some kids get their first Rolex when they turn 13!” When asked whether he’d want his sons to take over the business when he retires, Daniel replies, “That would be nice, but what I want is for them to be happy… Hopefully they can make a decision in the next few years.”

Across town in the atelier of Werenbach, founder Patrick Hohmann tells me about the concept of making watches from the remnants of space rockets that have fallen back on Earth in a restricted military zone in Kazakhstan. “We either cut the dial of the watch directly from the spacecraft materials or melt them and make the case of the watches with them; it has to be very precise,” Hohmann explains. 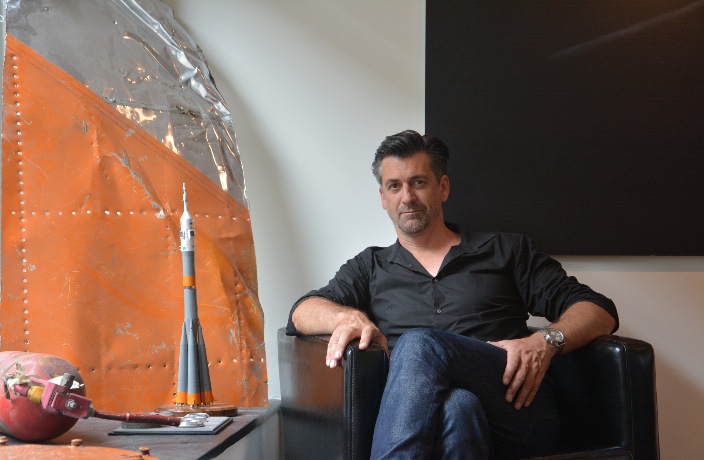 Precision is something that the Swiss are known for, and the success of their watchmaking industry is an evident example of such a trait. In the case of Werenbach, for instance, the aluminum dials, cut directly from salvaged rocket material, must be trimmed to a certain size and thickness by the label’s in-house watchmaker. Hohmann adds, “What makes Swiss watches unique is the fact that we’re very detail-oriented and we don’t compromise on quality, and to produce a watch is all about these things. Coupled with the fact that Swiss-made movements are the best is why we make the best watches in the world.”

Back at Lake Zurich, Tom Boerema is standing in front of one of the park benches with the Opernhaus Zurich on one side and with the lake as his background, singing and playing his acoustic guitar while tourists and after-work drinkers hang out by the lake and sunbathers soak in the last beams of today’s sunlight. 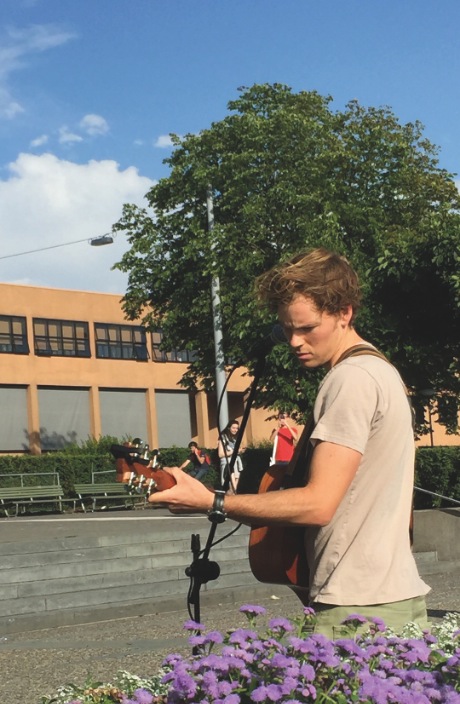 After a few songs, a small crowd gathers, and some of them are placing CHF10 notes (about RMB70) in his guitar case in exchange for his self-produced album. “I like busking here because it’s a great way to meet people. The lake brings everyone together, and it’s pretty good money, too. It’s interesting to see what songs catch people’s attention… it can be brutal and honest and I like that,” says the 27-year-old Australian musician, who spends about six months of the year in Zurich to be with his Swiss girlfriend. During this time, he usually focuses on writing music and drawing inspiration from the history and culture of his surroundings.

He adds, “Zurich is a nice place to live, but it’s very money-oriented. People that I meet here find it difficult to understand why I play music for a living by choice. It’s not stable and I don’t earn a lot of money, but what I do have in return is freedom and a feeling you can’t get anywhere else when you create something that you’re proud of.”

The pristine water of Lake Zurich behind Boerema is filled with swimmers seeking temporary refuge from the heat. Despite being one of the most expensive cities to live in, this is one of the rare forms of luxury that Zurichers and visitors can enjoy for free. 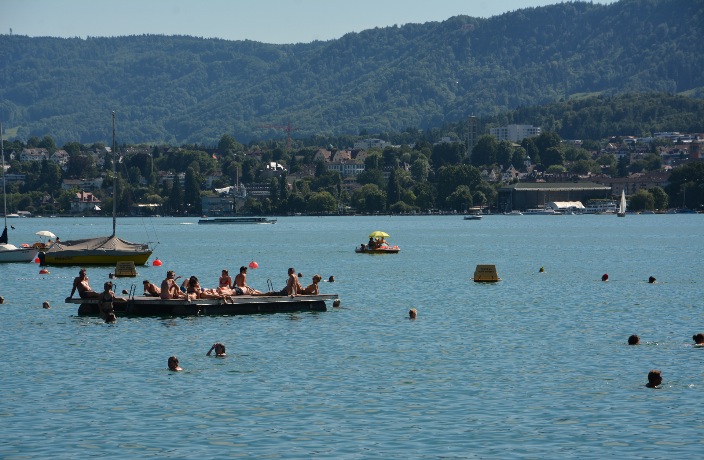 Taking a dip in the lake