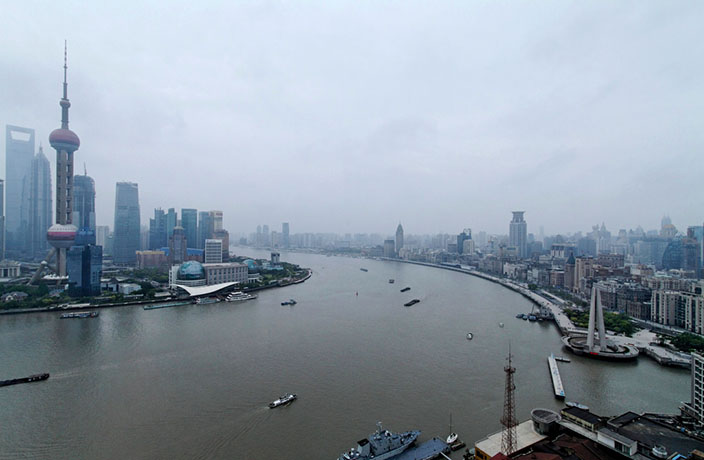 For a city that has some of the best transportation options in the world, it is rather suprising that we still don't have a pedestrian bridge across the Huangpu River that connects Puxi and Pudong.

While it appears the pedestrian bridges will not connect the two regions, it is definitely a step in the right direction.

The sightseeing bridges will be located in both areas, with 12 in Pudong and six in Puxi. The bridges, which are are already under construction, will span creeks and waterways running off the Huangpu. Some will also skirt around facilities along riverbanks that interrupt paths.

This is extremely exciting news for both residents and tourists, considering pedestrian safety is always a concern in a city where motor vehicles and bicycles seem to rarely abide by traffic rules. 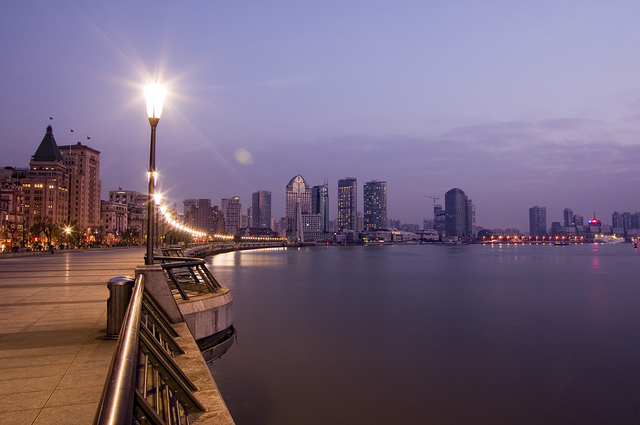 The current pedestrian walkways along the Bund.

They are being called "park bridges" due to the fact that they will be built similarly to pedestrian bridges found in other parks around the city (i.e. Xuhui Park). The bridges will be around 100 meters long and are predicted to be durable for approximately 50 years, according to Dai Wei, a senior engineer with the institute.

“The steel structures will be manufactured in factories and assembled on site to reduce the environmental impact and shorten the construction schedule," says Dai.

That's not all. More riverside paths will also begin opening up to the public this year as part of Shanghai's efforts to build 45-kilometer walkways along both sides of the river.

A 2.5-kilometer-long section in Hongkou district is set to open up this Saturday. Pedestrians, joggers and cyclists will be able to travel along the river all the way from Waibaidu Bridge to Qinhuangdao Lu. 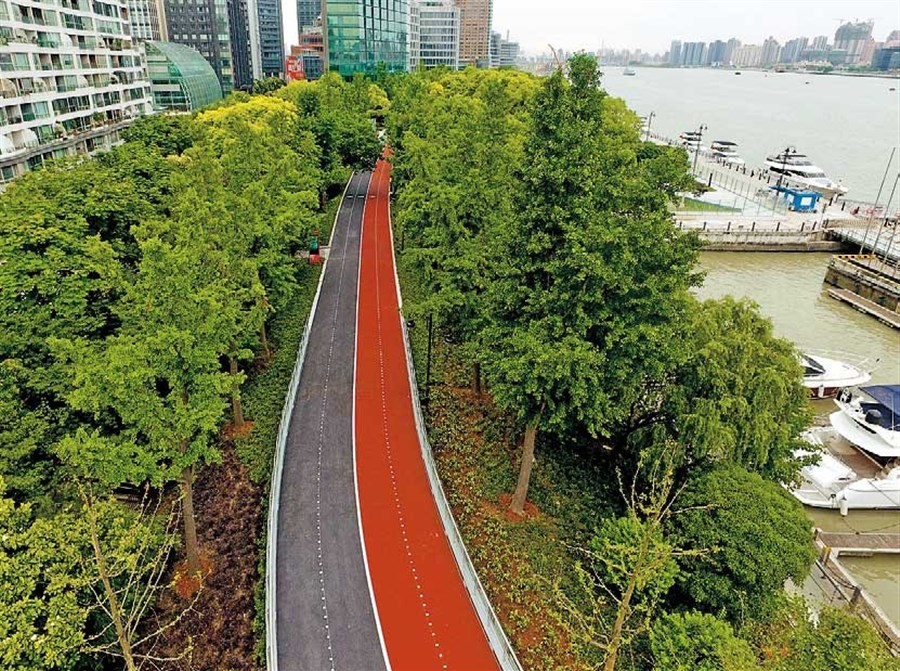 Up to 310,000 square meters of waterfront areas with 6.3 kilometers of new paths are set to open up in Hongkou.

But wait, there's even more!

Several new waterfront features will begin opening up in Hongkou over the coming months. That includes skywalks and sightseeing platforms.

According to Shanghai Daily:

"A skywalk and sightseeing platforms have been built to connect the three major bottlenecks — an outdoor restaurant, a ferry port and a cruise terminal — along the waterfront path...

"A 150-meter-long sightseeing platform has been built in front of the state-owned Seagull on the Bund hotel near Waibaidu Bridge.

"A pedestrian skywalk has been constructed to connect two pieces of greenery of the Shanghai Port International Cruise Terminal.

"A rooftop garden has been built on the Gongping Road Ferry Port to be part of the sightseeing platforms along the river. A bridge that can be raised has been placed in front of a yacht port to allow both the pedestrians and yachts access to the riverside area."

Sports facilities, outdoor theaters and basketball courts will also be added to the waterfront areas soon. But unfortunately, pets and dancing grannies will be banned from the area.

[Images via Kimon Berlin and Leniners on Flickr, Shanghai Daily] 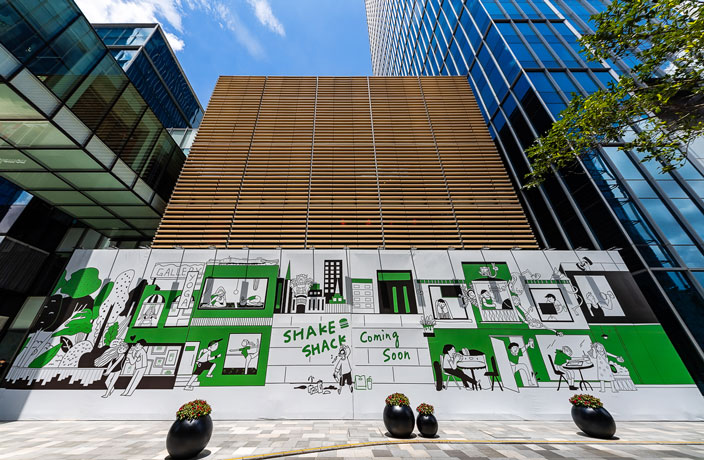 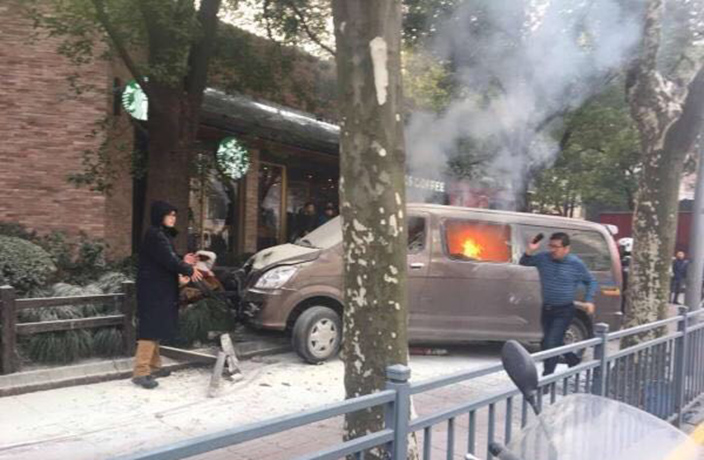 At least 18 people have been hospitalized, three with serious injuries, after a van crashed in Shanghai's People's Square earlier this morning. 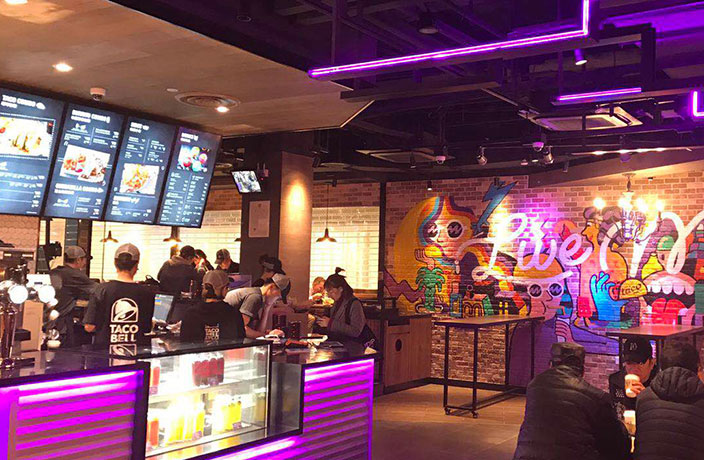 Taco Bell Opens Not One, But Two New Branches in Puxi

Taco Bell Opening Location #2, and it's in Puxi

The fast food chain will finally make its way across Shanghai's Huangpu River. Find out where the new branch is opening!

Drivers Who Ignore Pedestrians Now Getting Fined in Shanghai

Shanghai police have begun fining drivers who don't give way to pedestrians, in an effort to improve traffic safety.

Shanghai's Metro gets an additional line and it will hit some key areas.

WATCH: Man Arrested for Throwing Mobikes into Huangpu River from the Bund

'Mo' way he's getting out of this one.

Another Shanghai Tunnel Opening to Connect Pudong and Puxi

One more route to cross the river.