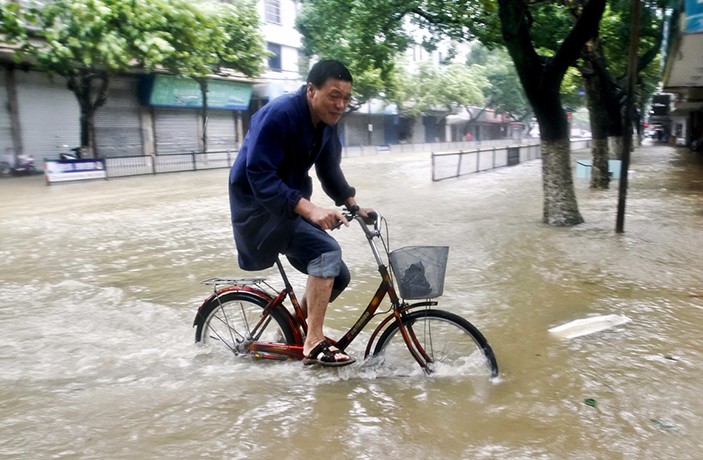 Not one, not two, but three typhoons are predicted to hit Shanghai this summer, officials reported today. The typhoons are expected to be stronger than those experienced in previous years.

It won't just be a wet, windy summer either. To intensify the season even more, there will be hotter, steamier days as well.

Aside from the turbulent typhoons, the city will endure days with temperatures over 35 degrees Celsius for as long as four weeks. The Shanghai Meteorological Bureau said the extreme temperatures will climb as high as 40 degrees.

Director of Water Authority Bai Tinghui stated that Shanghai is at high risk of “disastrous weather like typhoons and strong rainstorms during the flood season.”

More bad news by the weather bureau, as they predict that it is “very likely” for rainstorms to pummel Taihu Lake stream, which is upstream of the Huangpu River. This prediction flares warning signs for flooding in Shanghai.

On a more encouraging note, the Shanghai Flood Control Headquarters is working hard to prevent any damage to Shanghai. Thus far there have been two complete inspections of local levees as well as the mapping of 97 areas across the city that are at high risk of flooding in the coming months.

However, “there are still 135 kilometers of levees that are leaked or damaged,” Bai said. “The flood prevention capability of the west part of the city remains weak.” According to Bai, this means that personal responsibility should be placed upon officials if damage or casualties should ensue due to flooding.

[Images via NPR and Giphy]