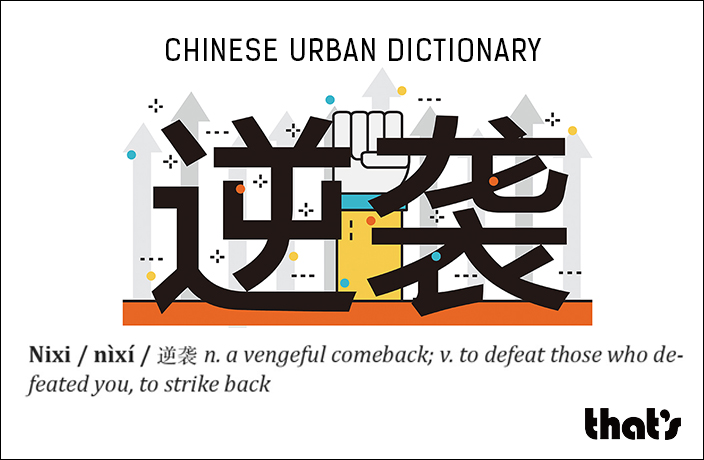 Nixi / nìxí / 逆袭 n. a vengeful comeback; v. to defeat those who defeated you, to strike back.

A. Why does that bureau official look so familiar?

B. He went to high school with us!

A. Oh my God, is he who I think he is? He was failing every class and almost didn't graduate.

B. Well he nixi-ed on us, and he’s now in charge of trillions of yuan.

Some people say that life isn’t a competition. That’s only because they are winning. At high school reunions you often realize that your old classmates make more money than you do, have better-looking spouses than you do, and are raising smarter kids than you are.

You feel defeated. You start to fantasize about appearing at the next reunion looking better than ever, successful enough to ‘one-up’ your former classmates and win back their respect.

Nixi is exactly such a scenario. It’s when you turn defeat into victory, pity into respect. You regain all the face you've lost – and then some. It’s when whoever doubted or looked down on you must concede that they were wrong. Nixi is the moment when the ugly duckling turns into a beautiful swan.

Nixi is, therefore, one of the sweetest feelings. It is little wonder that a whole genre of fiction has been dedicated to the phenomenon and its ability to make you feel vindicated. Disgruntled ex-employees love to fantasize about buying the company they used to work at and firing the boss. Ex-boyfriends love to read about coming back to – and then dumping – their ex-girlfriends.

Fantasy aside, the Internet is filled with advice on how to pull off a nixi – how to nixi your exes, your boss, your business rivals or even childhood friends. It usually involves having plastic surgery, doing Crossfit, taking over a company or winning the lottery. (Watching a lot of TED talks is somehow a good first step.)

Those who pull off nixi are worshipped, their legends spread far and wide. People love to talk about how Jack Ma nixi-ed on his school teachers who didn’t believe in him, or how Angelababy’s childhood friends thought that she wasn’t pretty enough to become a pop star.

In truth, most attempts to nixi will fail, and we will continue being pathetic the way we are. But it serves as a source of hope – a beacon in the dark sea of self-improvement. Remember: When all else fails, we will always have TED talks. 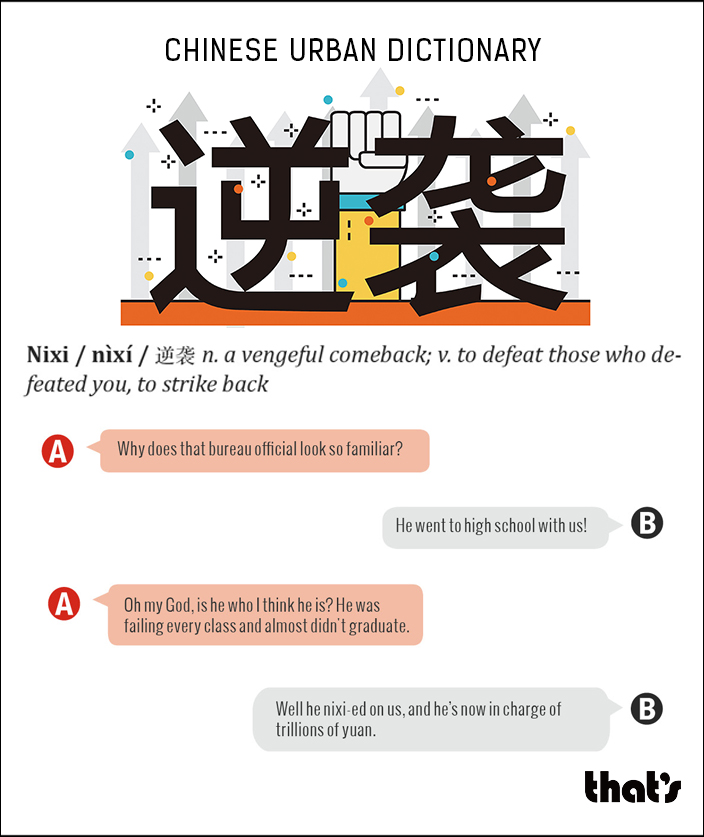