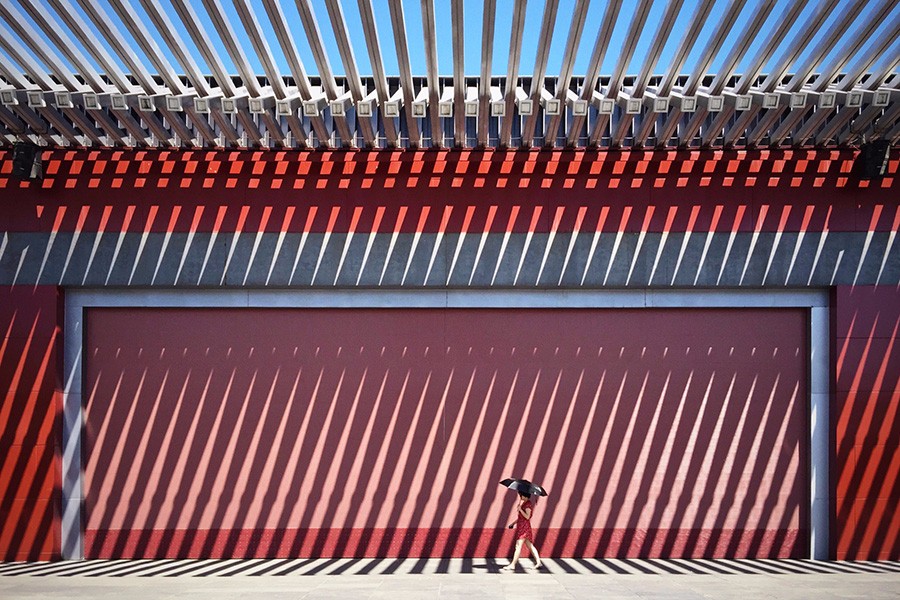 The rules are simple, and anyone with a smartphone (well, an Apple one, at least) can enter. But until now, the annual iPhone Photography Awards had never been won by someone from the world’s largest smartphone market.

That’s all just changed, thanks to photographer Siyuan Niu, who claimed this year’s grand prize for ‘Man and the Eagles’, a striking shot taken in the Tianshan region of Xinjiang.

“The jury members found that Siyuan Niu’s photo represented an emotional human connection, and was a perfect moment captured from the subject’s life,” the awards’ founder Kenan Aktulun tells That’s Beijing. “The image has more to it than the story between the man and the eagle.”

Given that Apple sold more iPhones in China than the US for first time early last year, it’s little surprise that Chinese entries did well across the board. Six of the 19 award categories – architecture, children, nature, people, still life and travel – were won by photographers from the Chinese Mainland.

“Participation from Chinese photographers has increased drastically over the years, especially this year,” says Aktulun, who started the competition back in 2008 – before the iPhone was even available for sale in the country.

Below, you will find our favorite Chinese entries from this year’s awards. While the photographers were able to use iOS apps to edit their work, desktop processing programs like Photoshop were prohibited. Each image was taken with either an iPhone, an iPad or an iPod touch (competitors from outside China might be relieved to hear that Samsung, Xioami and Huawei photos are ineligible).

To see all the winners visit www.ippawards.com “The photo was shot in Harbin in Heilongjiang. Two children were playing with a home-made sled on the frozen Songhua River.”

Grand Prize Winner, Photographer of the Year (by Siyuan Niu) “This 70-year-old man is rigid and solemn in front of family and friends, but when he is with his beloved eagle, the corner of his mouth curves up.” “An hour after a series of explosions at Tianjin port, when ashes of burned goods were still falling like black snow, I was in position at ground zero.” “This picture shows harmonious scenery of an old couple who started working early in the morning as the sun shone in Xiapu, Fujian.” “I was filming some empty lens reflex for my documentary on the riverbank of the Indian Ganges River, then happened to see this man who was bathing in the river and immediately used my mobile phone to take this moment.” “Fast urbanization has injured our living environment, and this tree of life represents the last sigh.” “The Namuda festival is spectacular, especially the horse racing. When the child won it felt just as real as becoming a king.” “The sun was going down and the sky was slowly fading into darkness. It was quite a unique landform.” “At dusk, swarms of yellow bristle geese march in Yangjiang, Guangdong. Quite a spectacular scene, especially with the dust and backlight.” “I was lucky to meet one of the most beautiful sunrises in my life with the splendid clouds and the fisherman in Xingping, Guilin.” “I was fascinated by the great visual effect which was created by the light and shade in Beijing Olympic Park.”