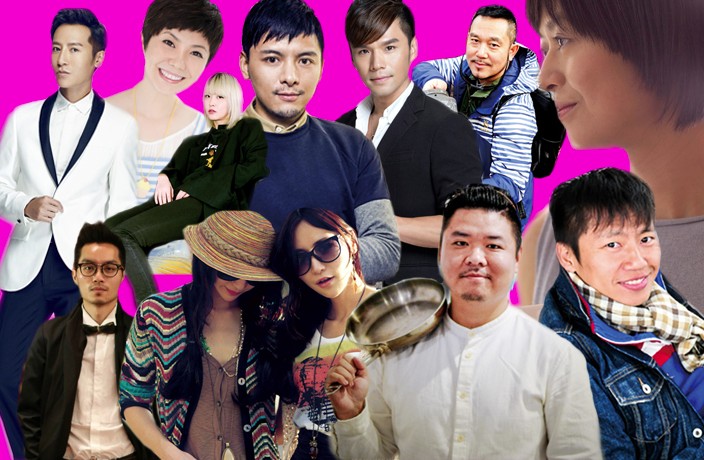 China’s blogosphere is as populated and far-reaching as China itself: The bloggers leading its charge boast tens of thousands – and sometimes millions – of fans.

These individuals are young, driven, big on Weibo and even bigger on WeChat. They are the reason you bought that bag recently, or why you’re checking out that new cafe. They’re behind your decision to order that particular dish, apply that cucumber-scented cream to your face and book that trip to that deserted Thai island.

They are, in short, the new shapers of public discourse. Here’s your guide to the best of them. 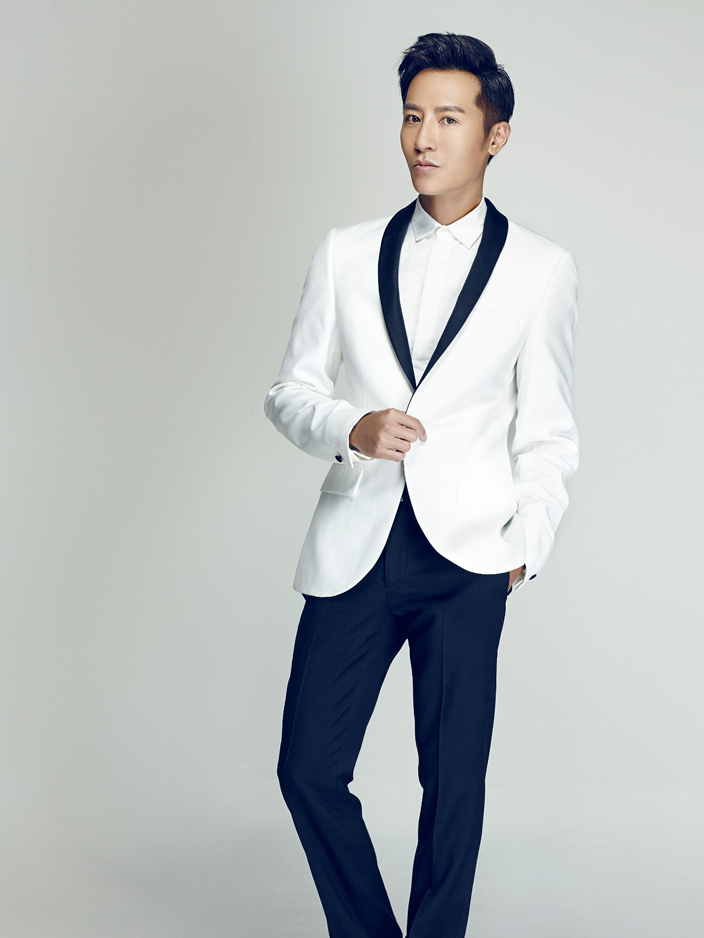 Weibo account: 小P老师 (Xiao P Laoshi)
Number of followers: 36 million
Who he is: The stylist of China’s celebrity world, as well as the mastermind behind the makeup at high-profile events like the Golden Bell Festival. Hailing from Taiwan, Liu Zhiping goes by the name of Master Xiao P, and he went viral on the Chinese mainland after he joined the TV hit Beauty Show in 2005. The audience was so impressed with his skills that he was given the nickname Almighty Magician. Ever the businessman, he recently launched his own brand of cosmetics. His Weibo account is all about practical makeup tips. 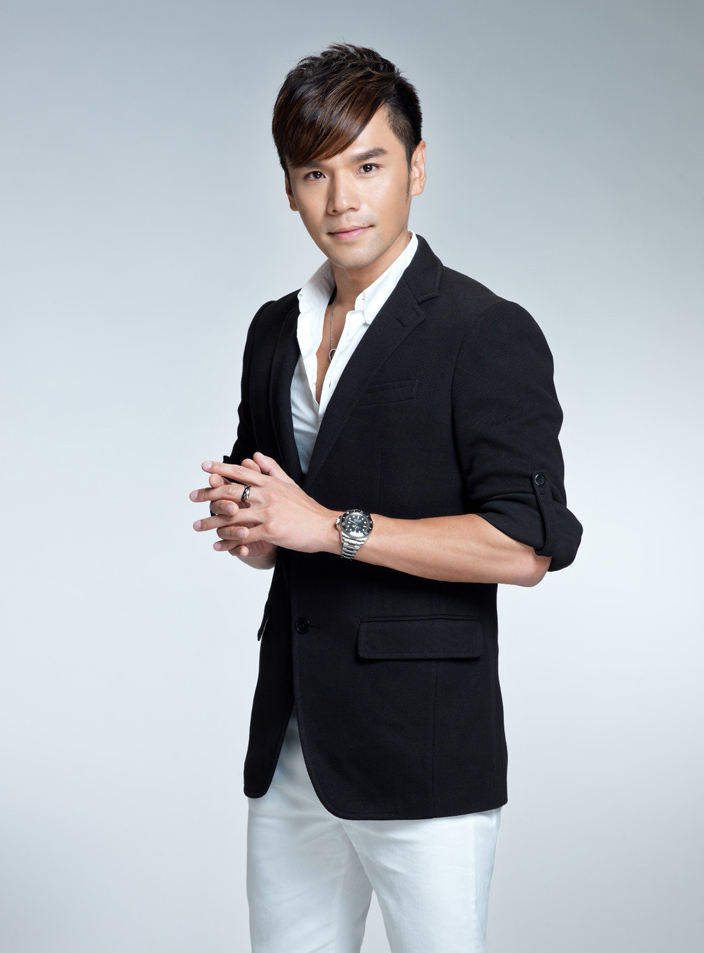 Weibo account: Kevin老师 (Kevin Laoshi)
Number of followers: 54.8 million
Who he is: Kevin Laoshi (Teacher Kevin) achieved nationwide fame through TV shows both in the mainland and his native Taiwan. Add to that a list of clients that includes Zhang Ziyi and Maggie Q, and it’s easy to see why he has over 50 million Weibo followers. His account gives plenty of beauty pointers, but it also deconstructs photos and common style mistakes. 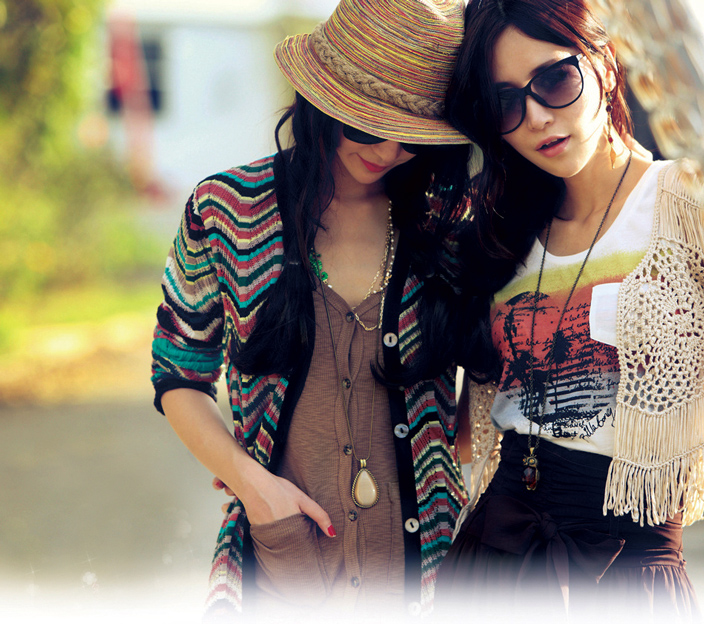 Weibo account: 呛口小辣椒 (Qiang Kou Xiao Lajiao)
Number of followers: 4.7 million
Who they are: Fashion twins (for real, they’re identical twins) and two of the Chinese blogosphere’s most consistently trending veterans. The Wei sisters made their online debut in 2008, and have since collaborated with the likes of Vogue and Dior. They are huge product endorsers, but also stylists, models and experts on all matters of high fashion – and their aesthetic, truth be told, is a bit ‘ladies who lunch.’ They also launched their own brand, Zow Zow (zowzow.taobao.com). Want to see what their lives (and their French bulldog) look like? Follow them on Instagram at @qkxljzz. Weibo account: gogoboi
Number of followers: 4.95 million
Who he is: Arguably China’s most influential style blogger. Prior to Ye’s current stardom on Weibo, he was a fashion editor at Grazia China, where he became known for his Simon Cowell-esque way of commenting on fashion. His online breakthrough came in 2010, when he ridiculed the well-known (and rather rotund) comedian Guo Degang for his love of wearing Givenchy — and it was picked up by mainstream entertainment media. Brands adore him, and pay him big, big bucks to publish their news and comment on celebrities dressed in their collections. 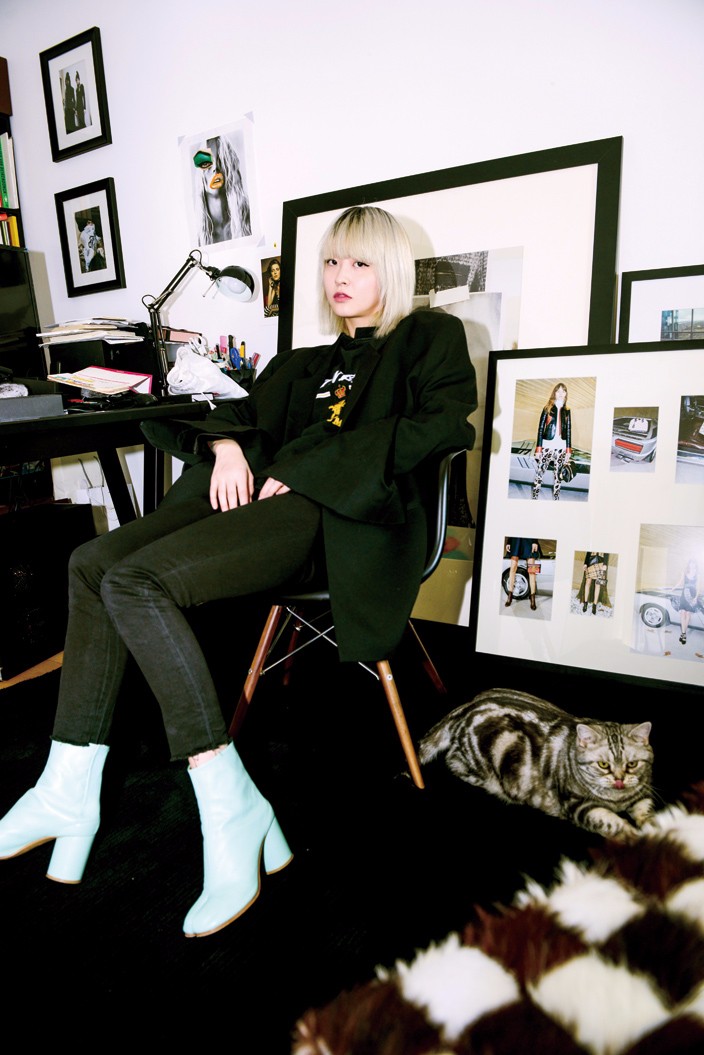 Weibo account: Fil小白 (Fil Xiao Bai)
Number of followers: 590,000
Who she is: A stylist, blogger and fashion consultant. Chengdu born-and-raised Yan Shisi’s ‘small’ number of followers makes her what industry insiders call a “micro-influencer”— but she definitely still has more followers than you. Yan came to prominence in 2011 after winning a national street-style photo competition. Edgy and badass, her rock‘n’roll fashion sense also earned her a role as chief stylist for the winner of China’s Next Top Model in 2013, further raising her profile among international and domestic brands. Her Weibo account is filled with her styling work, as well as fashion maxims, runway shows and perfectly on-point hipster shots. Photo by Holly Li. 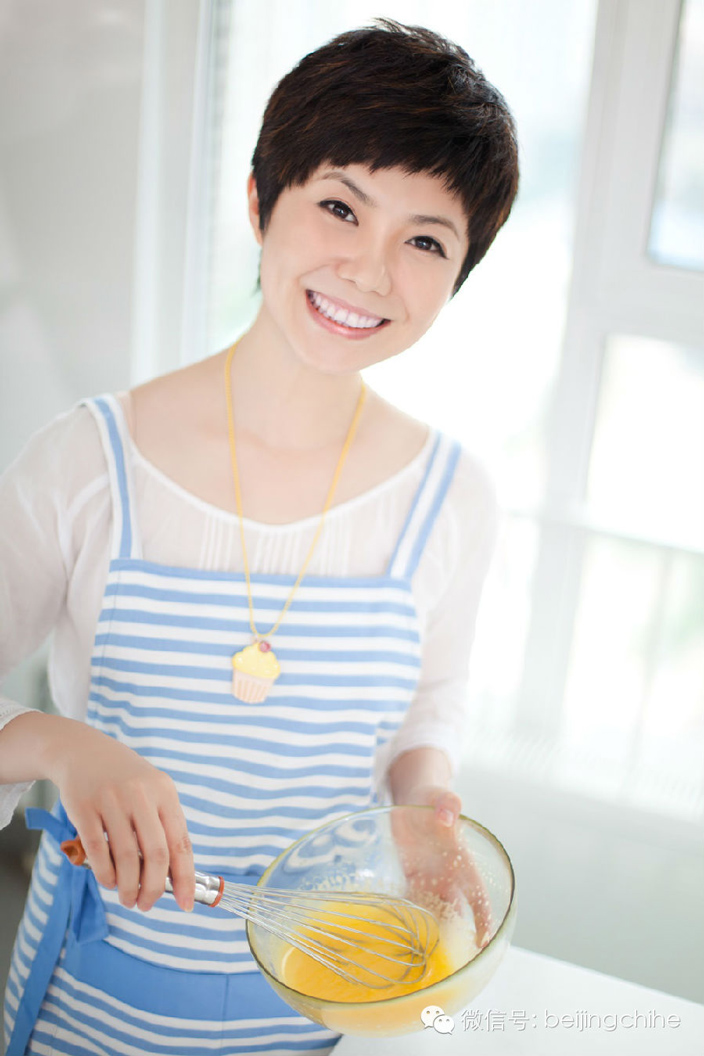 Weibo account: 文怡 (Wen Yi)
Number of followers: 4.6 million
Who she is: A former CCTV cooking show host. Wen Yi first started her Weibo-based food blog when she returned to China after a stint living in Paris. She's since gained a cult following, thanks in part to her popular recipe app. She specializes in homemade Chinese cooking, making mouth-watering renditions of hearty classics. 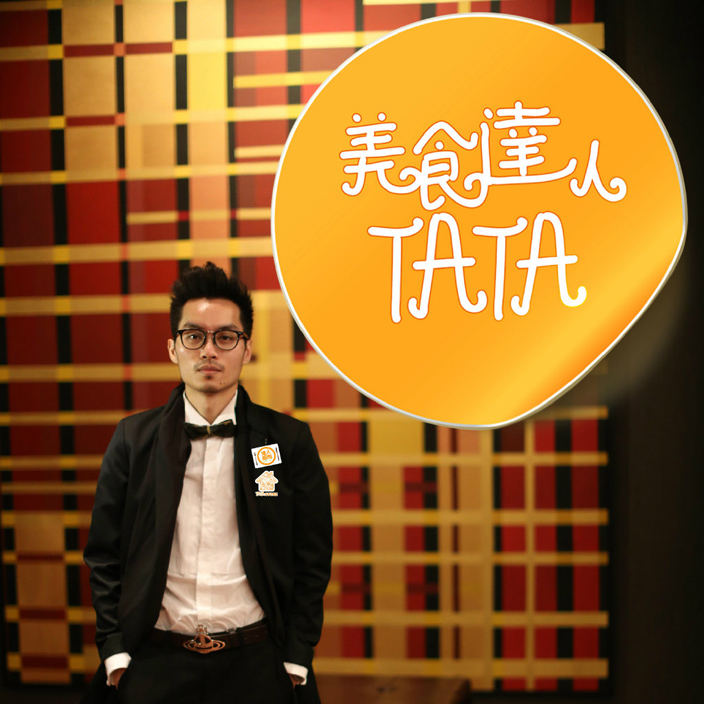 Weibo account: 美食达人TATA (Meishi Daren TATA)
Number of followers: 54.8 million
Who he is: A Guangdong-based blogger whose unbiased food reviews and photos have gone viral. TATA (not his real name) stumbled into the food-blogging business by accident five years ago, when one of his Weibo posts about a pizzeria got over 17,000 reposts overnight. His commentaries and reviews were so popular with large audiences that soon he was producing them on a full-time basis. TATA likes to pepper his reviews with fun Cantonese humor typical of his home in the Pearl River Delta. 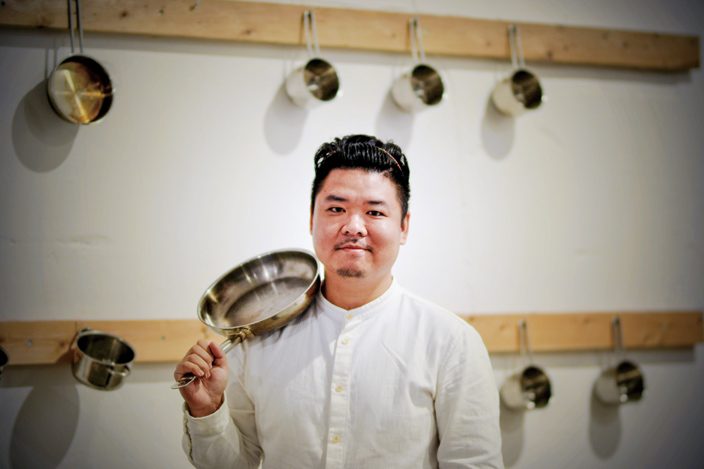 Weibo account: 喻小2 (Yu Xiao 2)
Number of followers: 180,000
Who he is: A Shanghai-based food blogger and vlogger. Yu Xiao courts China’s food obsession in the form of pictures, videos and WeChat posts. A natural love of cooking led Yu to pick up an apron as young as six, when he would spend afternoons whipping up recipes with his family in Nanchang. He went on to become a professional chef, and, after moving to Shanghai, began cooking at swanky private parties. His Weibo account recounts his culinary adventures in the kitchens of the rich and beautiful. Weibo account: 行走40 (Xing Zou 40)
Number of followers: 2.6 million
Who he is: The modern-day Xu Xiake (the famed Ming Dynasty travel documentarian) – or at least that’s what his fans say. Hei Jian started touring the world in 2000, one year after he was diagnosed with acute nephritis (a debilitating kidney disease). In 2007, he quit his job as a radio producer to become a full-time travel blogger. He sold everything – his car, his apartment and his belongings – to support his travel expenses. He has visited 72 countries since, always traveling on a budget and sometimes in adverse health conditions. 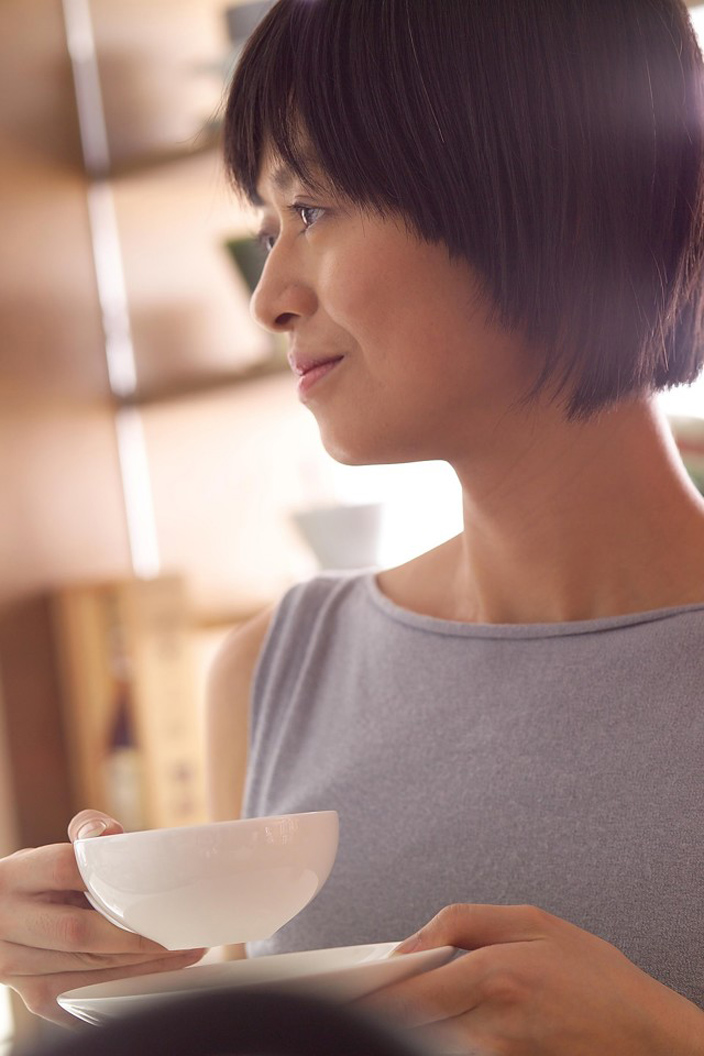 Weibo account: 叶怡兰 (Ye Yilan)
Number of followers: 612,000
Who she is: A freelance writer, roaming the world and sharing her experiences with fans. In addition to travel blogging, Ye runs her own lifestyle website and writes a food column for China Times Weekly. Her Weibo account is a record of her daily musings, trips and meals, and her travel photos are regularly spotlighted by major magazines like Vogue for their simple, yet beautiful aesthetic. Weibo account: 背包客小鹏 (Beibaoke Xiaopeng)
Number of followers: 936,000
Who he is: China’s most influential travel writer and the country’s first ‘professional’ backpacker. The 38-year-old is a celebrity in his own right among Chinese netizens for his die-hard commitment to world travel. Up until a few years ago, he worked eight part-time jobs simply to cover his travel costs. Zhang’s Weibo account portrays his life as a backpacker on a shoestring; although we’re guessing his budget has increased ever since the publication of his wildly popular travel memoir Ten Years of Backpacking. 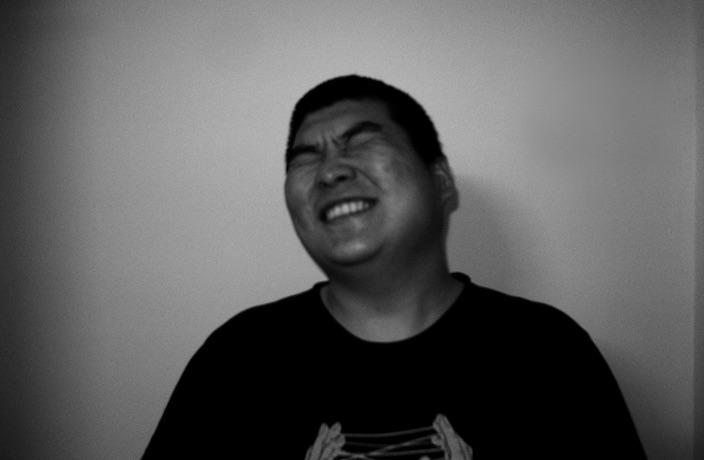 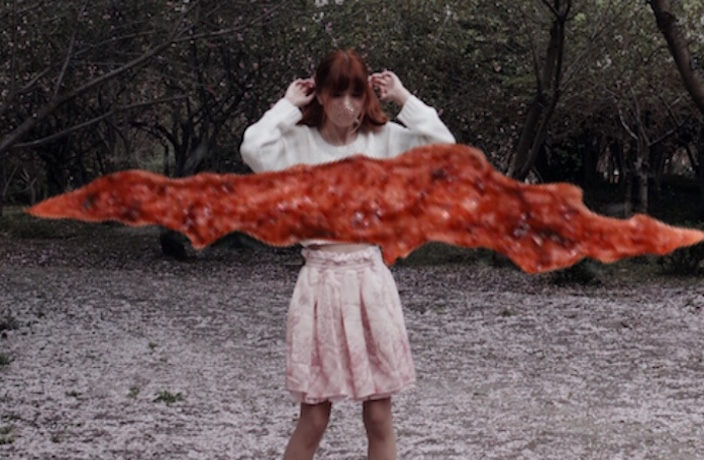 While elements of her music are recognizable, the finished product sounds unique, horrifying and intriguing all at once.