On December 22, 1968 Chairman Mao directed the People's Daily to publish a piece entitled We Too Have Two Hands, Let Us Not Laze About in the City, quoting Mao as saying “The intellectual youth must go to the country, and will be educated from living in rural poverty.” It marked the start of the ‘Up to the Mountains and Down to the Countryside Movement’ (上山下乡运动).

The late 1960s policy differed from what preceded it in its political context, however. The first rustication movements were instituted to redistribute the excess urban population following the Great Leap Forward and Great Chinese Famine (1958-61). Mao now used the policy to rusticate the Red Guards, who had risen up at his beck and call, throwing China into chaos. 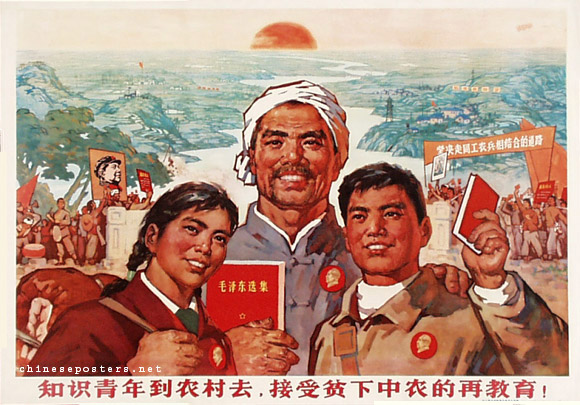 Millions of teenagers, who became known as the sent-down or rusticated youth, were forced out of the cities and exiled to remote areas of China. Commentators consider these people, many of whom missed out on the opportunity to attend university, China’s ‘Lost Generation.’