In this era of mass content consumption, add quarantine in the mix and people are undoubtedly hooked to their screens all day long. Media, and in particular video content, reigns supreme – even prior to the COVID-19 lockdowns. Back in 2018, a whopping 612 million internet users in China watched online videos.

So, what goes into making a good video and how can the medium be used to forward brand objectives? To answer these questions, we sat down with Nausheen I. Chen, a Shenzhen-based filmmaker who co-founded a full-service video production company with her husband, Zen & Zany. 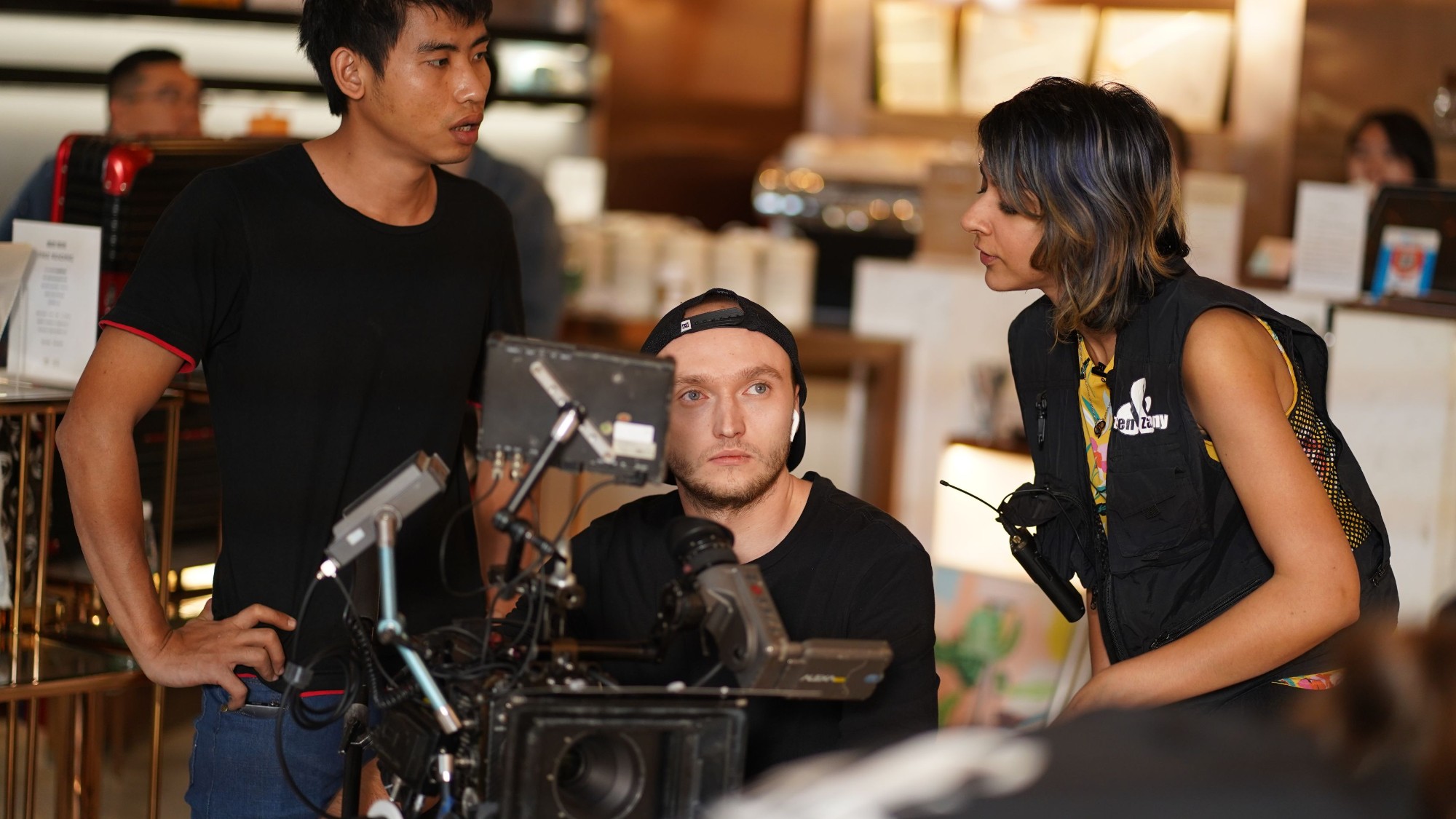 Describe the first image you captured with a camera that you were proud of?
Back in 2011, I was traveling almost like a gypsy from one place to another. I was going through a period of change, as I decided to take a break from corporate life; I was at P&G for five years. I created a short film with my friend about a road trip, which was half-documentary, half-scripted. That was one of the first videos I made that started to get me thinking about doing more videos. A year later, I went to New York and started a two-year master’s program in film.

What are some films that have inspired your creative identity today?
As a person, I have been heavily influenced by Richard Linklater – he is a mastermind. I love his approach to filmmaking, documenting conversations and daily life.

My roots are in documentaries: In New York, my final project was a documentary about my two homes at the time, New York and Karachi in Pakistan. I was documenting the lives of various people living in both places. My idea was an anthropological exercise, as that’s what Linklater does a lot, he is almost a sociologist. One of his films, Boyhood, was filmed in real time over the span of 12 years, it’s like blurring the lines between reality and fiction and that’s what really fascinates me.

Aside from him, another person who has inspired me and countless others is David Lynch, a fascinating filmmaker. Lynch’s stuff is surreal, fantastical and it brings life into everyday things but also makes them bizarre at the same time. That’s something we haven’t been able to incorporate much into our commercial stuff, but I would love to do more of that.

For film students, do you think it is more important for style or skills to come first?

From my personal standpoint, I think skills are definitely more important for students. Once you have the skills, you can create different styles. I personally like having the ability to create documentaries, short films, commercials or YouTube videos. I like thinking I can tackle all of them because I was taught some basic skills. In New York, they taught us skills, but they didn’t really teach us style. They inspired us, but the key idea was to know how to use the equipment and the basics of filmmaking. Skills are your tools, and once you have your tools you can make whatever piece of art you want.

How important is storyboarding?
Very, very important. We have to create the full video in our heads before we even touch a camera. The script is audiovisual, we use reference images and text to describe what’s going to happen in each scene, and then from the script we create the storyboard. Normally, if we have an artist on a project, we will sketch it ourselves, otherwise if I’m throwing it together as the director, I will use reference images. Every single shot is storyboarded, our process after that is to create a shot list from the storyboard. From there, we schedule how the day will be structured.

How do you inject creativity into B2B content?
Our B2B project was one of our most interesting projects because Global Sources wanted us to create a sub-brand with them that was more content-focused. First, we created stories that were part talk show and part entertainment. Each video had a playful intro, and to complement the content we did unboxing videos featuring specific products from Global Sources. At their trade show we created over 200 livestreams for them within five days. It was a multifaceted project where we got to produce different types of video content, the client then was able to repurpose the final footage into short product intros or teasers. We took the approach that B2B content doesn’t have to be boring.

In a Zen & Zany vlog you talk about creating brand stories, how a brand should essentially ‘show not tell.’ Do you ever receive push back from the client?
All the time, though it does depend on the client. A lot of clients are not well-versed in what the power behind a video is. A lot of them want to transfer a PowerPoint presentation into video format. That’s where we have to really work with them and see where they are willing to meet us and what value we can bring. It’s always a different way of storytelling with each brand.

Commercial for a smart robot cleaner

From your experience, which type of video platform allows for the most creativity?
For maximum creativity, any online platform provides a lot of freedom. You can play with different story lines, breaking up an overall brand storyline into shorter videos.

For me, YouTube is one of the platforms with the most potential, as it allows for long and short videos in your own style. On YouTube, people actually expect long videos, which is pretty surprising as film school taught us ‘if you can show something in two minutes don’t take 10 minutes to show it.’ But YouTube goes against that, so it’s fascinating for me as a media creator. It allows for people to be more human, show their personalities and allows for in-depth reviews or conversations surrounding a topic.

Another advantage of YouTube is the way it allows for the organization of playlists and customization, allowing for more loyalty and in-depth engagement.

In one vlog you touch upon ‘visual brand strategy.’ What is Zen & Zany’s visual brand?
Our company’s visual brand is very closely connected to our name and identity. We’re called Zen & Zany, for us each part is very significant. Zen is about peace, quiet and organization and zany is the opposite. It’s like our version of yin and yang. The ampersand symbol is significant because it visually combines two different opposing concepts. For us it’s all about creating visuals and content that strike a balance between opposing forces, for example, seemingly opposing world views or cultures.

To check out some of Zen & Zany’s work, visit zenandzany.co or contact Nausheen through WeChat (ID: nsheen).

[All images courtesy of Zen & Zany]