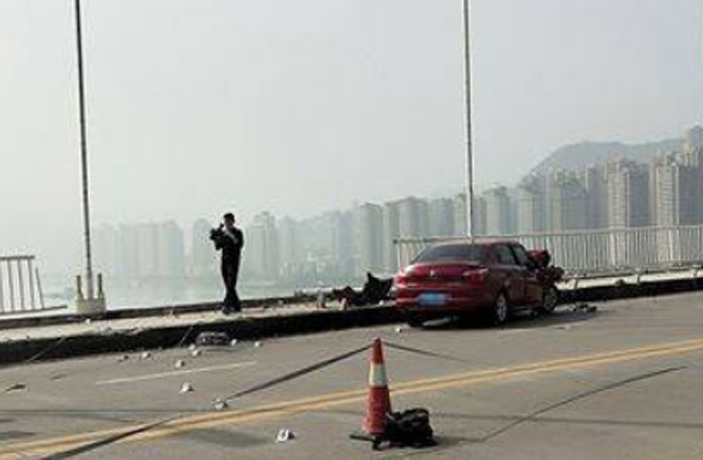 Tragedy struck in Chongqing on Sunday, October 28, after a bus crashed into oncoming traffic before falling into the Yangtze River.

The accident, involving a public bus and a red sedan, occurred around 10am on the Yangtze No. 2 Bridge. The preliminary investigation, released yesterday evening by Chongqing police, confirmed two passengers had perished. The investigation is still underway to determine how many passengers were on the bus, but the police estimated 10 or more people were inside the vehicle at the time of the accident (their bodies are still unaccounted for). The driver of the red car is said to be under police watch at a nearby hospital.

According to a police announcement, the accident happened when the bus suddenly drove across the road, crashing into the red car before breaking through the bridge guardrail and tumbling into the river.

Bystanders surveyed the grim scene, hopelessly looking on as the bus was quickly submerged in the river. According to People’s Daily, rescue workers were immediately dispatched after the accident took place. One of the rescue workers said the bridge stands 50 meters above the river and the bus sank to a depth of 68 meters, according to China Daily.

Click here to see footage of the accident, although we'd like to caution readers that the scene is disturbing. 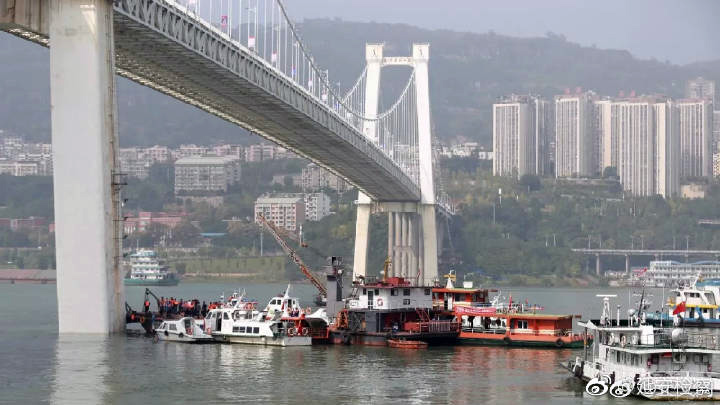 The initial report by Chongqing police, posted yesterday around noon, gave no indication of which vehicle was responsible for the accident. In light of this, rumors started to circulate that the driver of the red sedan had driven on the wrong side of the road, ultimately causing the crash. Netizens on Weibo spent most of Sunday afternoon lambasting the driver for the accident. It wasn’t until the preliminary investigation was completed Sunday evening that we learnt the bus had crossed two lanes of oncoming traffic before driving off the side of bridge.

After this clarification was given, one commenter wrote to her fellow Internet users, “Human life is beyond value, it doesn’t matter who is right and who is wrong.” Another person is hoping the webcam footage on the bus can be salvaged so as to truly understand what transpired and how many people were on the bus.

Not everyone is buying into the monster story, though.