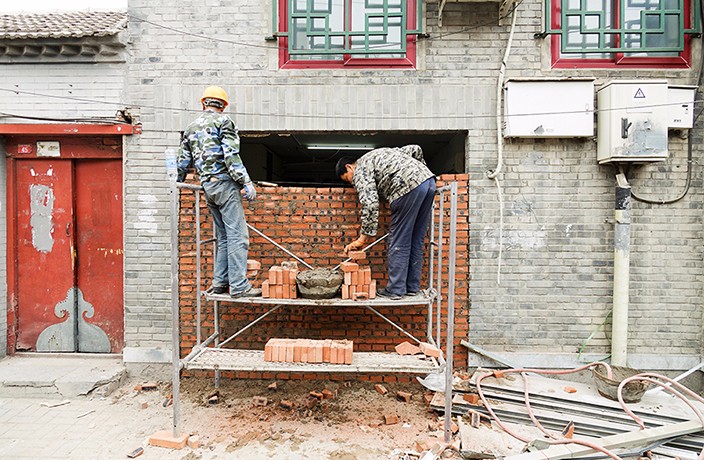 We are in the midst of a huge, citywide gentrification drive (or as it’s known to many, the Great Bricking of 2017), and we considered it our duty to explore the public renovations in more depth. Not only is this a local issue that many of us feel passionately about – it's also one that is profoundly important to the future of our city. Like so many things in Beijing, the matter is more complex than it first seems. In addition to our series of interviews with everyday Beijingers (below) you can read our full report by clicking here.

To get a better idea of how the renovations are impacting everyday Beijingers, we conduct a series of interviews with those most affected. 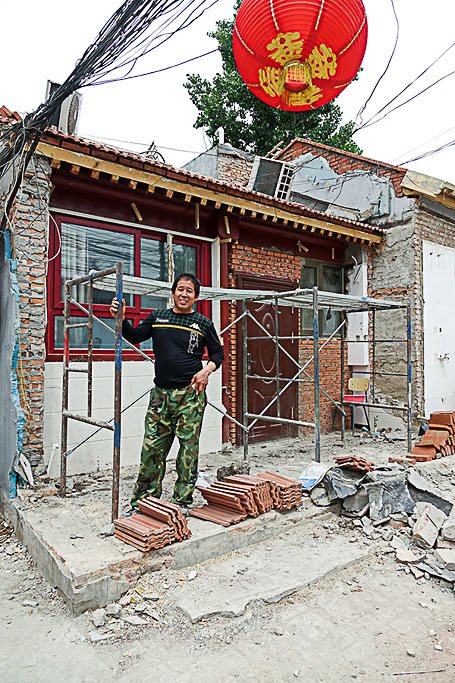 We meet Li Ming as he’s taking a smoke break near the construction site he works on. He and his team are renovating several hutong homes.

This is how it’s going to be [he points toward the house he’s working on]; we’ve torn down a big part of the wall, so now we’re just going to paint the remaining walls. They’re going to do this in every hutong in Beijing. We’re doing the same thing everywhere.

I’m just a worker; I don’t have an opinion on all the renovations. I just do whatever work pays me. I don’t even live in the city; I live in Hebei. But I can’t complain! If there were no renovations, I wouldn’t have all these major projects to work on. As long as we have work, we have money to feed our families. 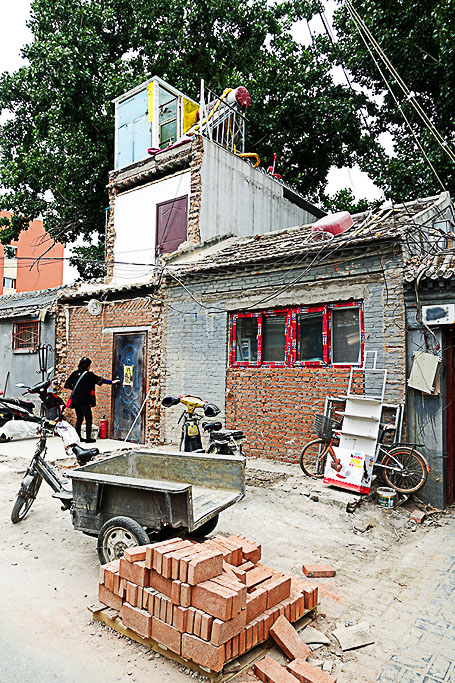 We meet a woman who’s been living in her (now partially destroyed) hutong house since the 50s.

We built this second floor ourselves, and now the local government is tearing it down. My son and grandson are still living up there, so they’re going to move out first, and then the city will tear it down. We talked to the authorities and were able to arrange it so that we wouldn’t have to move out until we found a new place.

It’s Beijing’s policy – Beijing wants to turn the hutongs back to what they were originally like. My [second floor] is breaking the law, so there’s nothing I can say. I have kids and grandkids, so we built the second floor because we needed more room.

The ground level is still OK, so I’ll stay there – my son and grandson will find somewhere else. I've lived here since 1956, ever since I was a kid. I’m 72 now.

Over the years, people from outside Beijing have come to the hutongs to set up businesses, making holes in the walls for doors. So now the local government is restoring those buildings. This area [waves her hand around her] is all migrants. Since the migrants came, it’s become a lot messier. A lot of shops have opened up. So I’m pretty happy now that the streets are getting wider and things are getting cleaner. I think the policy is about making migrants leave, and giving the hutongs back to the laobeijings.

My grandfather was the mayor of Tianjin. My family is pretty involved in the Party, so I’m not in a position to comment. I’ve lived through the Cultural Revolution. I’ve been through some rough times. I don’t want to give you my name. Just say I’m a resident. 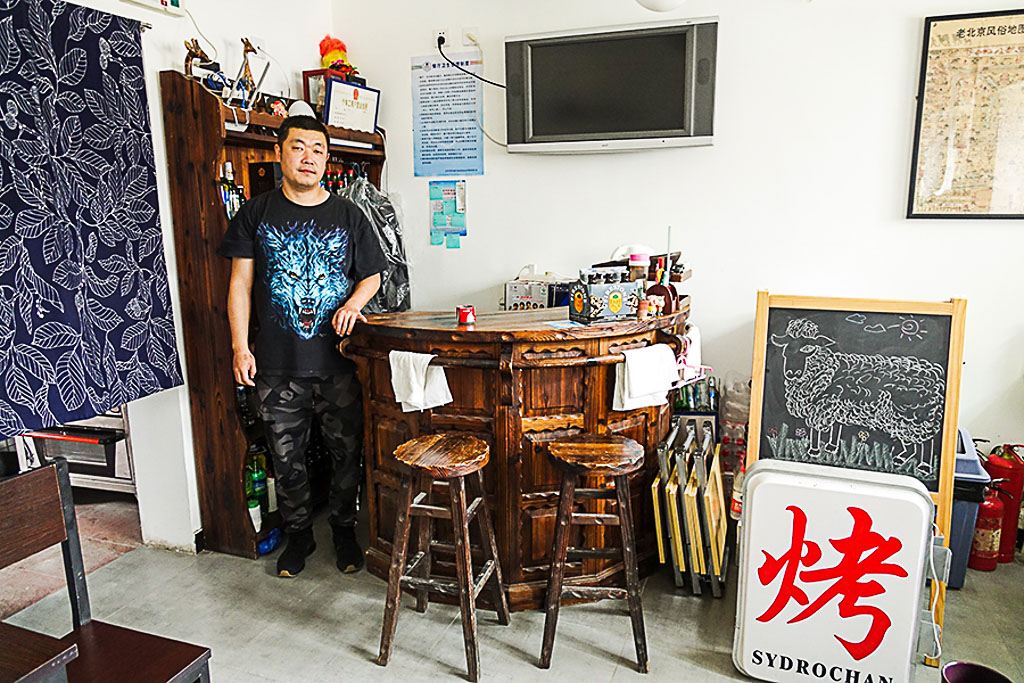 We meet Jing Ming in his restaurant, which has had its front doors bricked over and paved with concrete.

We were given three days’ notice. We had just renovated this place in January.

The local government says they want to unify the appearance of Beijing. As a laobeijng, I support the hutong renovations. Illegal construction should be stopped, but then there are people like us – we changed the structure legally. Now we are forced to make changes, too, and we were only given three days to oblige.

There’s a fruit and vegetable vendor next door. They don’t have legal documents, and they have illegal construction. They should be put out of business. There is no law protecting them from getting shut down.

This has impacted our business, but we are still open. I hang out in the hutongs with my friends. I don’t want to go to high-end places – they’re not as interesting as the hutongs. So many great Beijing snacks were born in the hutongs, did you know that?

I was born on Beixinqiao Santiao. I’m 40 years old. Usually people younger than me don’t live in hutongs. They live near their work.

Before all these hutongs became so commercial, there was an era of xiagangdaiye [re-employment of laid-off workers]. Lots of major factories in Beijing went out of business, and so laid-off workers were encouraged to open small shops and restaurants then. All these so-called ‘illegally opened holes in walls’ [holes the authorities are currently bricking up] were done during that time.

That was promoted by the authorities. Now, they’re contradicting themselves. We have no way to stand against it. Every change we made in this building got official approval. Now they are going to overturn it.

If they are going to put all these shops out of business, to be honest, it’s not humane. Why did they support them starting businesses in the first place?

There will be no more hutong culture for future generations. 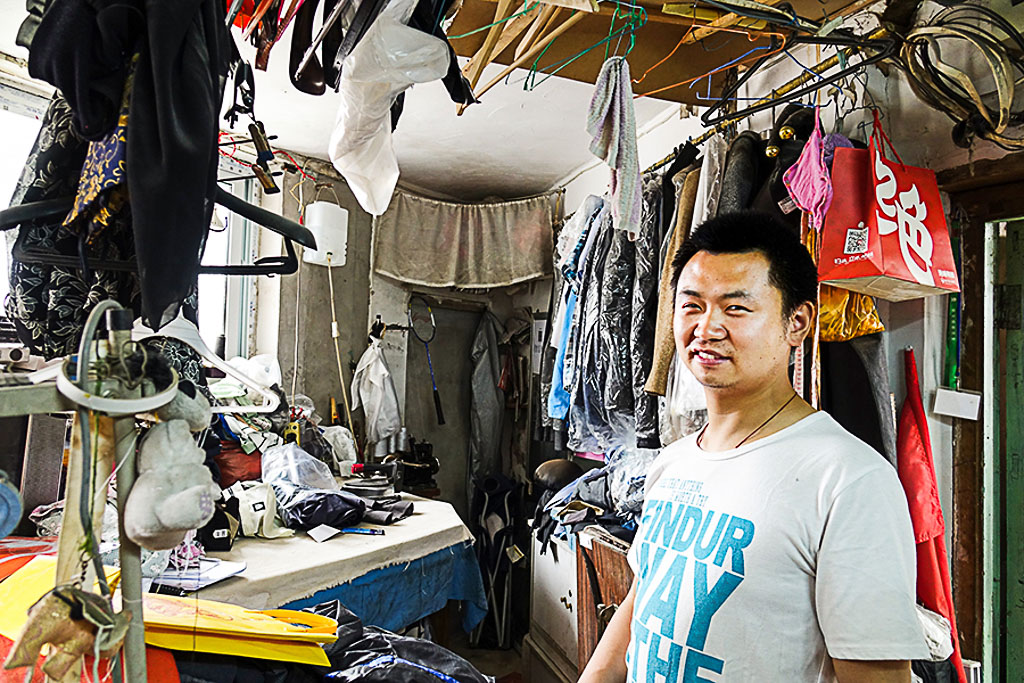 We meet Xu Xiaoxian, a tailor whose small shop has been bricked over. We enter via a side alley. He says he will have to move home.

Last month, my door was taken down. I was given one week’s notice. Seven days! No compensation. It’s impacted my business; there are fewer customers and less income. About 60 to 70 percent of my customers are migrants, people from outside Beijing. But now a lot of them have left. A migrant friend of mine went out of business because of the renovations. He’s left Beijing already.

Maybe in a month or two I’ll leave this place as well, because they’re not going to let me keep my license. I’ll go back to Jiangsu. I’ve been in Beijing for over 10 years, but that’s just how it has to be, because if I have no income, I can’t make a living. I’m not happy [with this]; I’m doing a righteous business [he shows us his business license, mounted on the wall], and it’s not right to shut me down in such a rushed timeline. But they said the license isn’t good anymore. So we’re just banned from here. 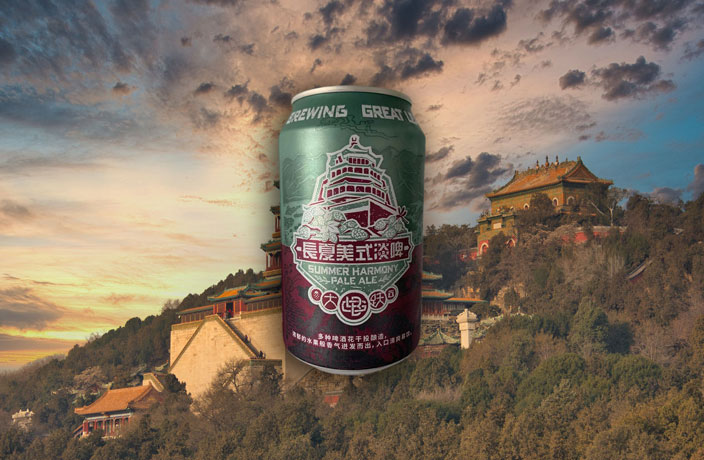