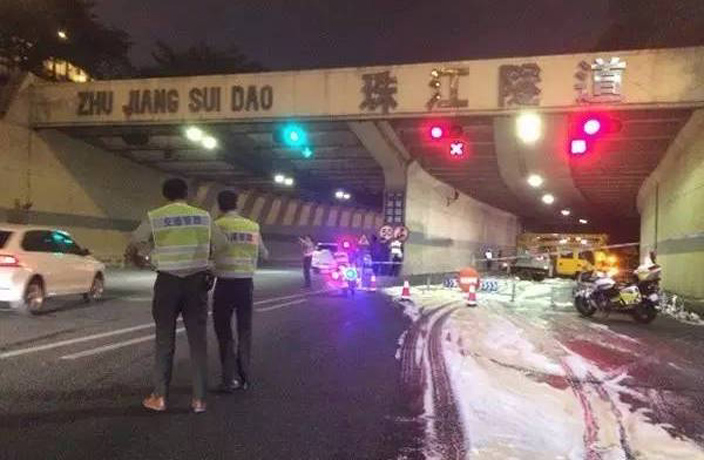 Around 7.20pm on February 1, a tanker truck carrying a load of coal ash entered Pearl River tunnel on Huangsha Dadao in Liwan District, Guangzhou. A short while later, the sound of an explosion startled people nearby. Hurrying to the scene, pedestrians were alarmed to see clouds of thick smoke emerging from the entrance of the tunnel. 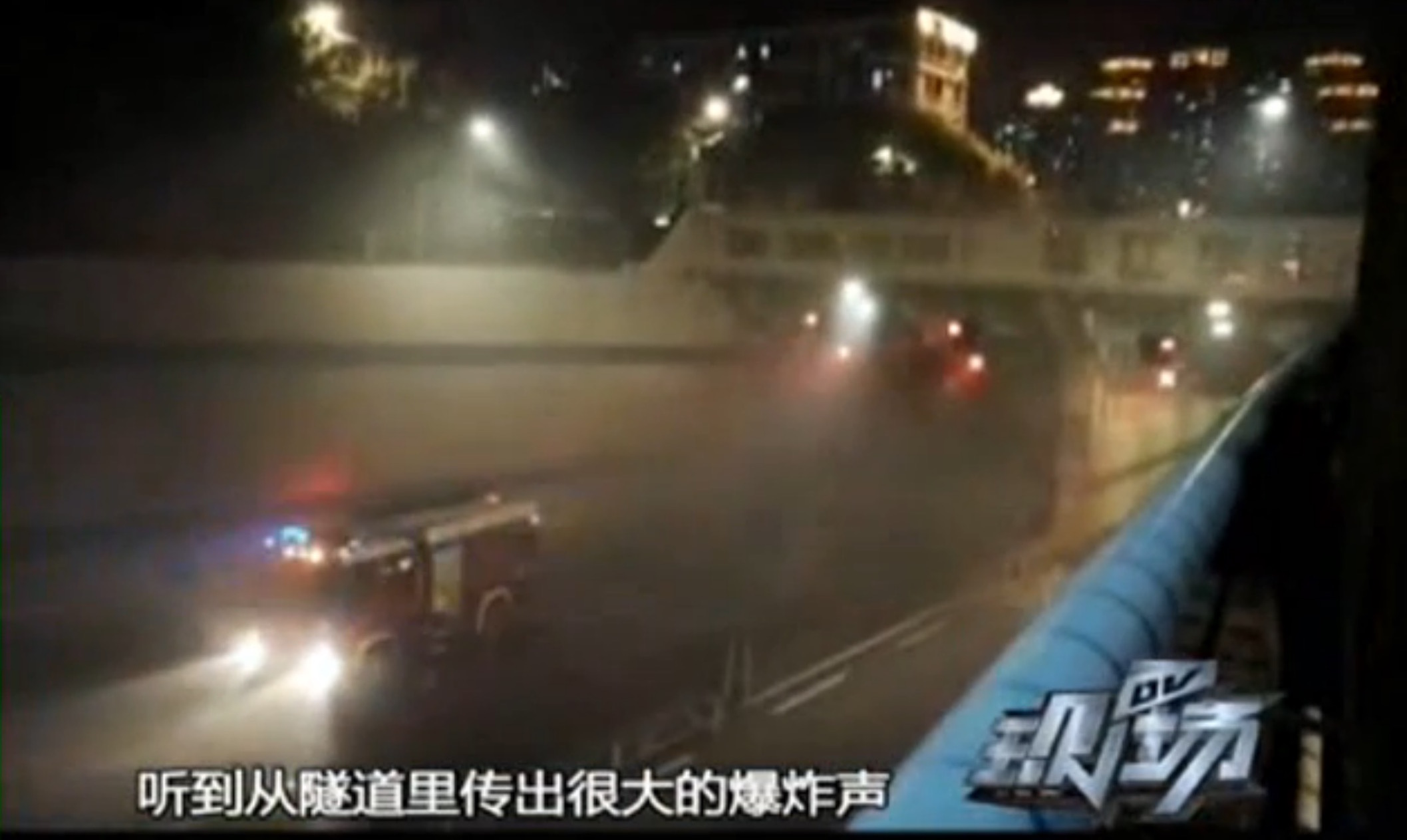 Police in the district received a call at 7.22pm, reporting that what appeared to be a cement truck had caught fire inside the tunnel. Multiple fire engines were dispatched to handle the flames and by 7.43pm the fire had been successfully extinguished.

Police confirmed that no one was injured or trapped during the brief catastrophe. According to them, the fire most likely started when the coal ash in the truck reignited. 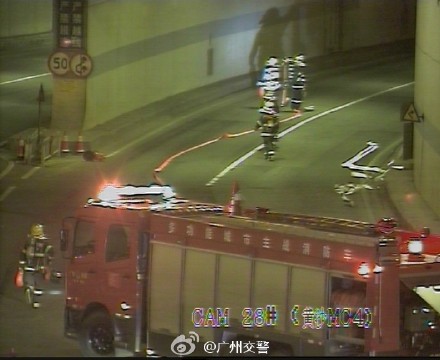 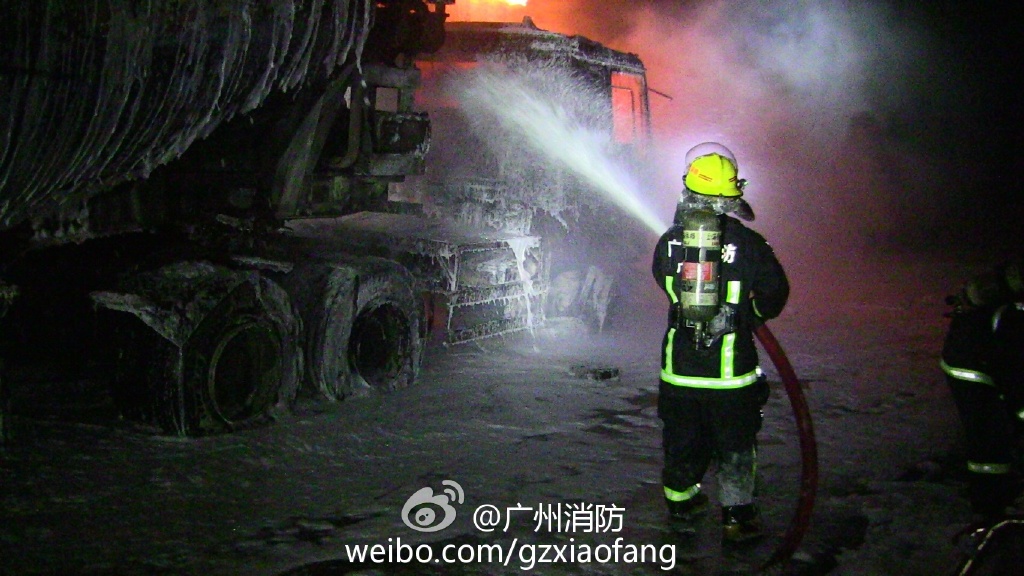 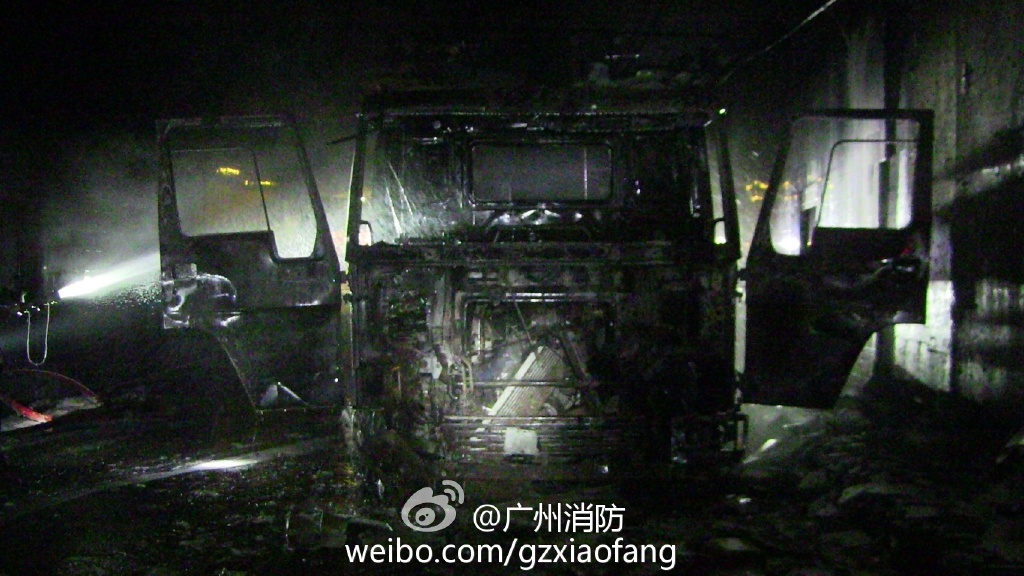 According to Guangzhou Daily, a man who lives near the entrance of the Pearl River tunnel reported feeling a tremor while at home on the evening of February 1. Afterwards, he heard the sound of an explosion coming from the direction of the tunnel.

Although the fire was put out fairly quickly, netizens on Weibo and other social media platforms were able to snap photos of the scene.

Traffic going through the Pearl River tunnel was put on hold while firefighters fought the blaze, causing congestion on nearby roads. By 8.35pm, however, traffic flow had been restored in the tunnel while workers continued to clean up in the aftermath of the fire.