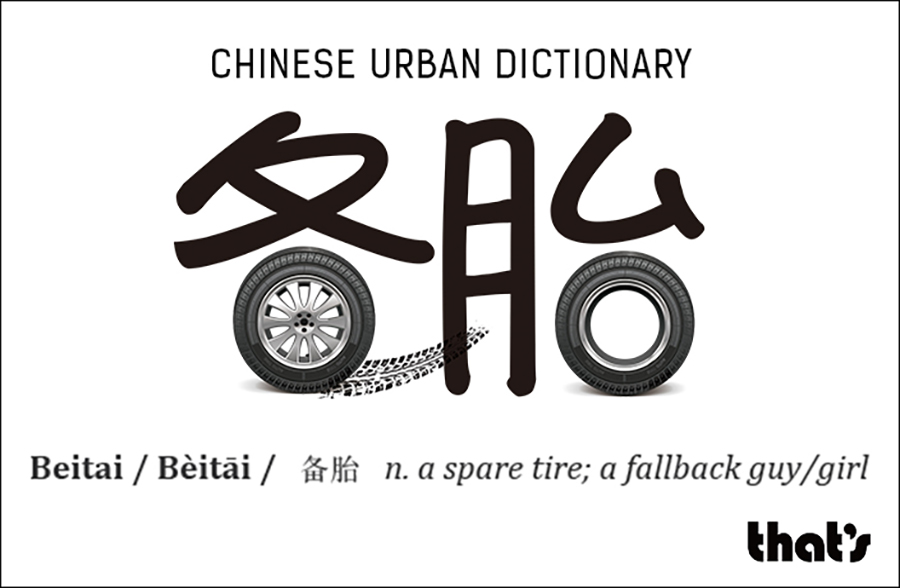 A. Jia Jia asked me out again! Our last date was two months ago.

B. Two months? What has he been up to this whole time?

A. He said he was out of town.

B. Which town has no phones? You are such a beitai.

One of the first lessons you hear when learning to drive is always have a spare tire. And just like road conditions, love is an unpredictable and fickle affair. You can’t put all your eggs in one basket. Despite your best efforts, love can blow up in front of your eyes – which is exactly when you need that spare tire (beitai) to step in.

A beitai meets all of your standards but doesn’t exceed them, so you decide to string them along because… well what if you can’t find anyone better? You see them once every few weeks. You WeChat them once in a while when you have some downtime, just to keep them on the hook. You see them when they show signs of slipping away.

Just like a spare tire, the beitai barely needs any maintenance. In the meantime, you are at the wheel hunting for – or working on – something better.

It is unclear how many beitai one can reasonably maintain at any given moment. Some are known to keep dozens simultaneously. (It’s uncertain whether that would make you a really responsible driver or a really bad one.) Some even see the number of beitai as a status symbol; testament to one’s allure. And competitive beitai stacking is not unheard of.

But how to know when you’re the beitai? Chinese social media is filled with anxiety-inducing headlines such as ‘11 signs that you’re the beitai’ and ‘How to elevate your beitai status into the real deal.’  The short answer is: If he or she is willing to go out with you but only does so occasionally, or goes MIA for ages but still checks in once in a while, chances are that you are the beitai.

(Also note: a ‘lifting jack’ is someone who helps the beitai step in and a ‘nail gun’ is someone who gets rid of the tire. As car ownership grows rapidly in China, expect more metaphors!)

As for how to progress from beitai to the real tire? Well, it can’t be done. Because once the owner buys a new tire, the beitai goes right back in the truck. 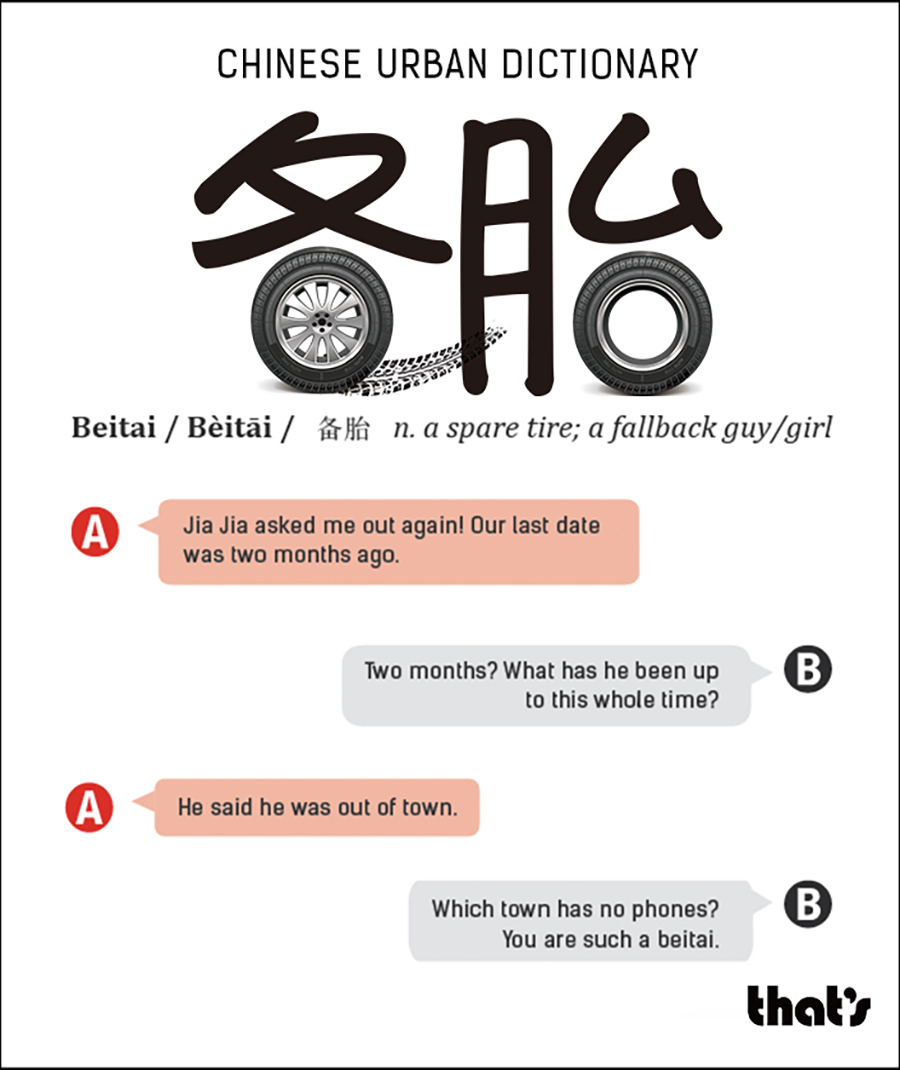 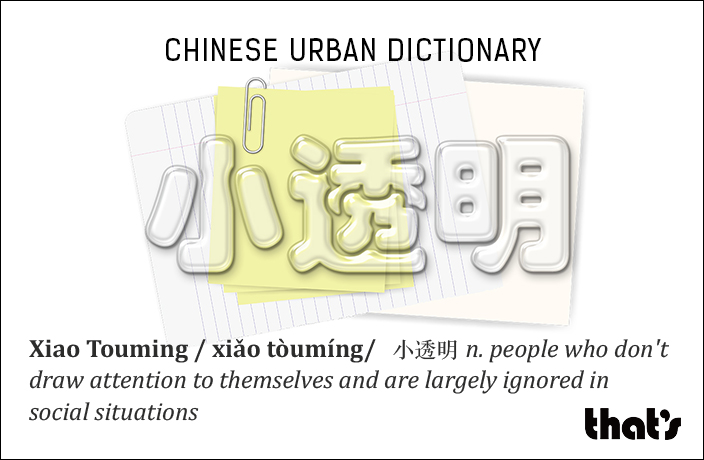 Xiao Touming are the poor souls who don't draw attention to themselves and are largely ignored in social situations. 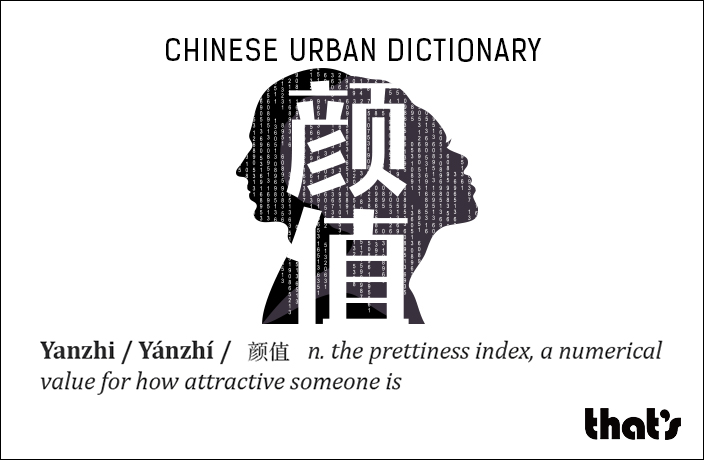 Literally meaning 'face number,' yanzhi is a mark on the scale of how pleasing a face looks. 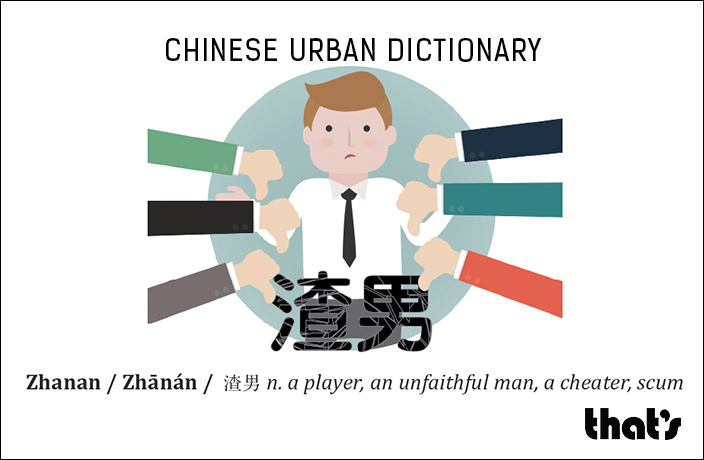 In the Chinese language, 'zha' is probably the lowest appraisal you can give to anything.