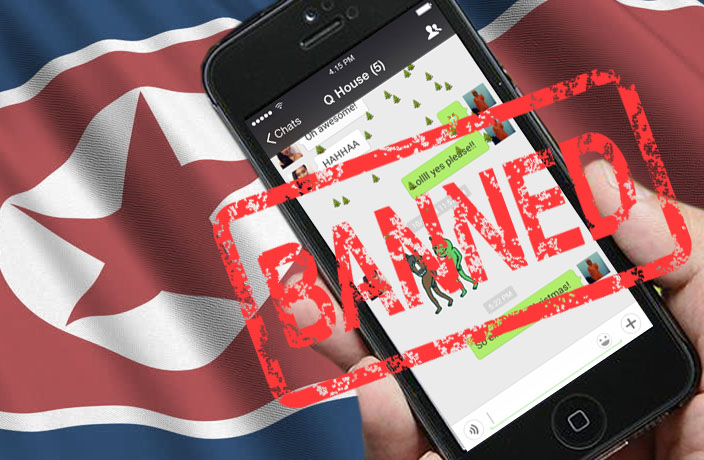 Authorities have utilized signal detectors to track anyone who makes an international call and can pinpoint their location. North Koreans who are found giving or receiving foreign information will be labeled as a traitor, and punishment is not light.

Espionage offenders will be sent to a political prison camp, and clemency will reportedly not be offered regardless of the circumstance. Sounds like a rough punishment just for having an app to text people.

There has been increased surveillance and crackdown on foreign messaging apps specifically, since they have the ability to bypass the authorities’ detectors used to track the locations of ‘traitors’. Authorities are increasingly aware of this and have become extremely vigilant of activity on South Korean apps Kakao and Line and China's extremely popular WeChat platform.

“The authorities decided to define such activity as espionage and handed down an order to strictly punish offenders,” said an anonymous source from Ryanggang province.