At 10.50pm on Wednesday night, 12 fire crews were dispatched to a chemical warehouse owned by the Ruihai International Logistics Company in Tianjin’s Binhai New Area after reports of a container fire. About 40 minutes later, an explosion the equivalent of detonating 3 tons of TNT occurred. Seconds later, an even bigger blast, this one equivalent to 21 tons of TNT, rocked the city, with residents several kilometers away feeling shockwaves. 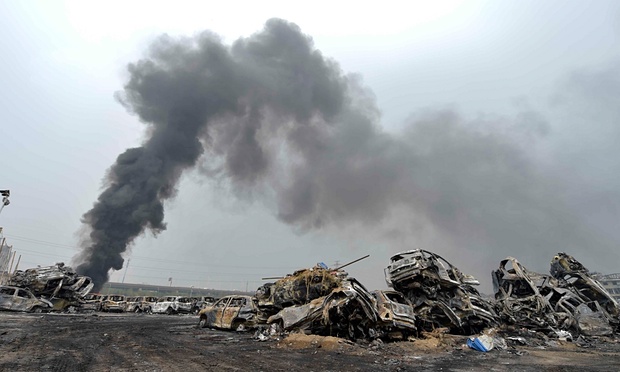 Five days since the explosions shook the city of 15 million, and concerns about chemical contamination are only growing. Over the weekend, more blasts were reported at the scene and several cars exploded, reigniting fires. Residents within a 3km (1.9 miles) radius of the site were ordered to evacuate after a change in wind direction prompted fears of toxic particles spreading inland. 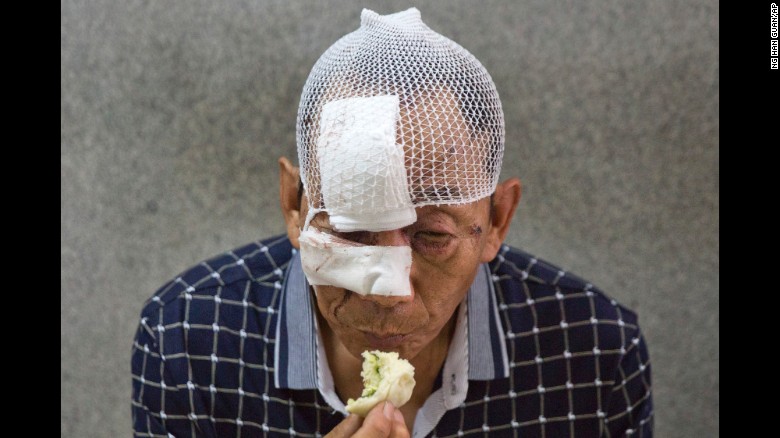 How many people have been affected?

As of Monday, the number of confirmed deaths currently stands at 112. Experts are still carrying out DNA tests to identify the bodies.

At least 95 people remain missing – including 72 firefighters – and rescuers, who are dressed in protective hazmat suits, say the chances of finding people alive are growing slimmer.

At least 721 people were admitted to hospital following the blasts, with dozens still in intensive care or critical condition.

Some 6,000 people who live in the vicinity of the blast site have been evacuated or left homeless.

One of the biggest unanswered questions is why a warehouse containing lethal chemicals could be located so close to residential buildings. Three major apartment complexes are within 1km of the warehouse, a violation of Chinese safety laws. 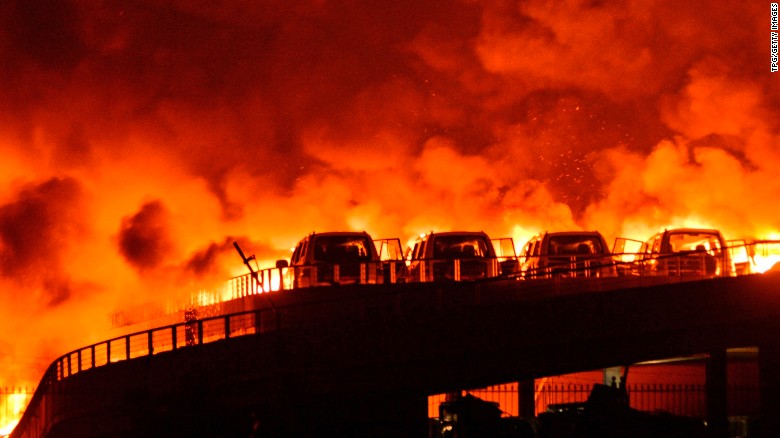 How were the explosions caused?

No official cause has been given yet but chemical experts say a mixture of hazardous chemicals may have detonated when firefighters used water to quell a fire in the warehouse, which stored ammonium nitrate and calcium carbide, among other substances. Water reacts with calcium carbide to create acetylene, a highly explosive gas, which could have detonated the ammonium nitrate. 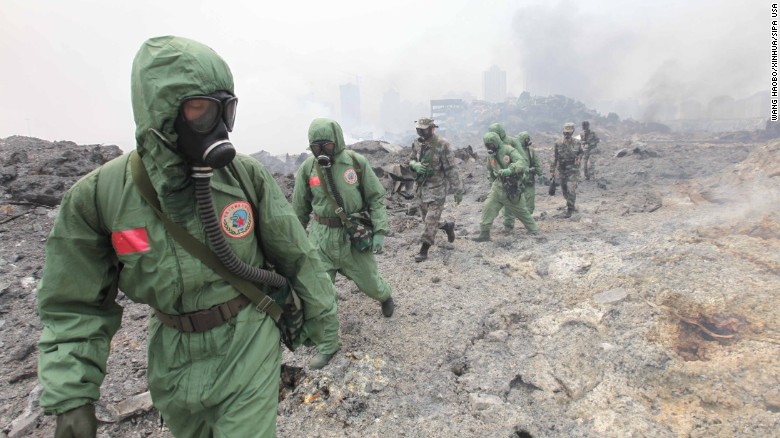 What chemicals were inside the warehouse?

There are also concerns that the calcium carbide might create a toxic gas if it rains. 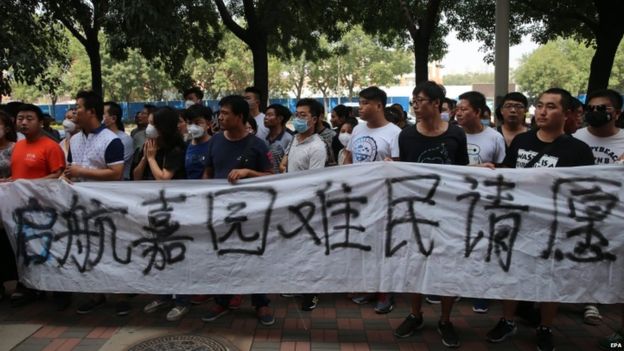 What has the official response been?

Local authorities have held a press conference every day since the disaster but their evasive answers and lack of information have led to growing anger from Chinese media and the public. On Saturday, tearful relatives of missing firefighters tried to gain entrance to a press conference, demanding more information. Residents of the Qihang Jiayuan apartment complex (above), located less than 800 meters from the blast zone, also staged a protest outside the conference venue.

Executives from Ruihai Logistics have been detained and the government has vowed to punish those responsible following an investigation into “possible illegal acts, such as abuse of power or dereliction of duty.”

On Sunday China’s Internet watchdog announced a crackdown on “online rumors” about the incident and punished 50 websites for “creating panic by publishing unverified information or letting users spread groundless rumors,” according to Xinhua. Tianjin authorities use animals to test for toxicity