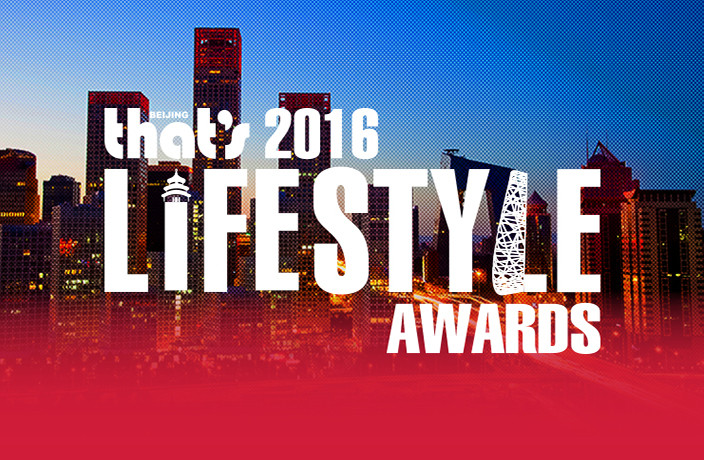 Beijing is an international cosmopolitan city that offers an incredible variety of experiences and lifestyle choices to residents and visitors alike. Now in it’s second year, the That’s Beijing Lifestyle Awards aim to showcase the very best of what the city has to offer, by celebrating and giving recognition to those who have made their mark on the capital.

With categories spanning health, beauty, fitness, life & style, nightlife, bars and clubs we want to hear which establishments and individuals have been shaping your life here in Beijing.

This year’s nominees have been carefully selected and our voting site is now live! Now it's up to you to decide who will come out on top and be crowned lifestyle kings and queens.

Voting closes at 11:59pm on June 24 and the winners will be announced at our exclusive awards ceremony on Thursday, June 30. Until then, we'll be introducing the categories and rounding up the nominees each week. Today we look at Beijing's thriving nightlife, bar and club scene. Nightlife Promoter of the Year

Who is responsible for throwing the best parties in town? Live Music Venue of the Year

Where do you go when you want to rock out? Nightclub of the Year

Which one is your go-to spot to dance like a maniac?

- The Bar at Migas Sports Bar of the Year

When you have a big sporting event to watch, which sports bar do you choose? What's your top pick for a place to drink outside?

- The Bar at Migas Hotel Bar of the Year

There are many to choose from, but which is your favorite?

- Mesh – The Opposite House Cocktails of the Year

In your opinion, who mixes up the best cocktails in the city? Craft Beer Pub of the Year

It seems like there are new craft beer joints popping up every day. What's your top pick? Hutong Bar of the Year The numbers are vast, but which is your top pick? Bar of the Year

And the winner is?

Extract or scan the QR code below and log in to have your say. Voting closes at 11:59pm on June 24 and winners will be announced at our exclusive awards ceremony on Thursday, June 30. From June 6 – 24 we’ll be doing daily weekday WeChat votes for all 28 categories. Message "LIFESTYLEAWARDS" to our account and we'll send you a full list of when we will release each poll.

You will only have 24 hours to vote for each category – so act fast!

Add Thats_Beijing on WeChat by extracting or scanning the QR code below: