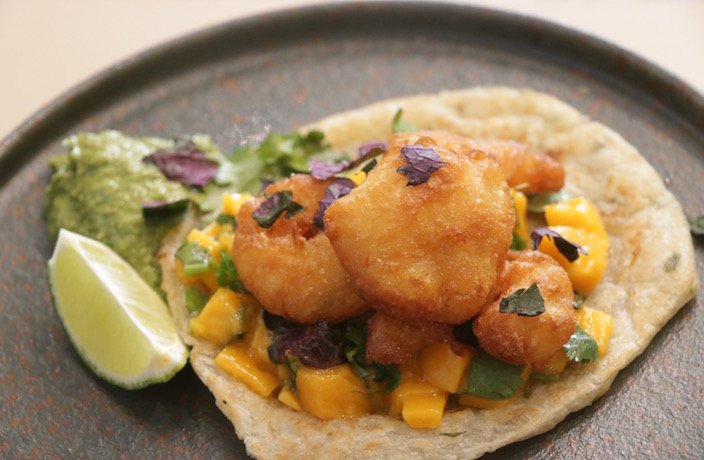 On certain days, Upperhills Shopping Mall can seem like a ghost town. While trendy shops and F&B outlets have already opened at the relatively new development near Lianhua Bei Metro Station, a large portion of the outlets have yet to see the light of day.

One of the recently opened venues, tap house and restaurant Goon Goon by Young Master, sits in the shadow of WeWork’s new Upperhills loft, near Lianhuashan pedestrian bridge, and is the perfect location for a nice cold brew after a weekend stroll. 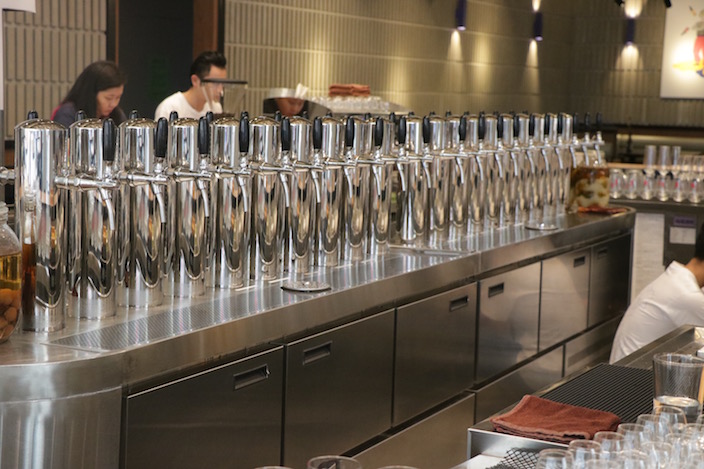 Excited and anxious to try their Hong Kong-style food and beers, we quickly snagged a menu and found a seat. The food is organized by size (and sweetness), with meals designated as tiny, smaller, bigger or sweeter (for desserts). One aspect of the menu we found helpful is that it informs visitors of whether a meal is savory, spicy or sweet, among a range of other flavor profiles. 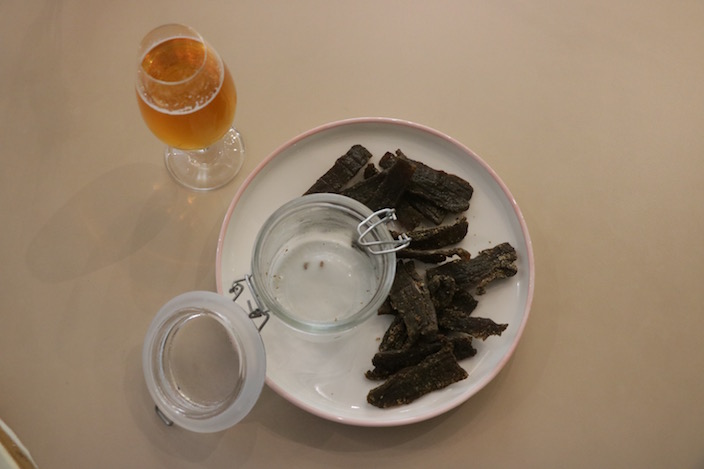 We ordered their jerky (spicy, RMB58) to start, along with a ‘beer novice’ platter (RMB90), a cheerfully convenient introduction to their best-known brews, coming with six 100-mililiter glasses of everything from a pale ale to an imperial IPA. While the jerky was somewhat hard and difficult on the teeth, it’s, thankfully, not your typical sweet Chinese variety. The meaty flavor goes down well with our personal favorite beer, the 1842 Island Imperial IPA, which is sweet, aromatic and tastes a bit like caramel. 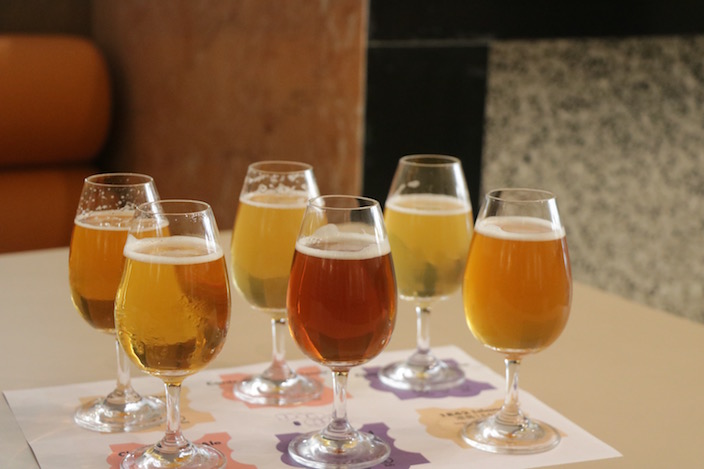 We complemented our beer and jerky with the softer shrimp taco (RMB58), an East Asian twist on the traditional Mexican dish. Fried shrimp, mango and leek paste all co-mingle on a Malaysian roti bed, making for a fluffy, fruity and light dish. Moving on, and buoyed by the delightfully bitter and creamy taste of their classic pale ale, we dove into a plate of their Hell’s Chicken (RMB88). With boneless and irascibly spicy pieces of breaded chicken sitting on a pair of toasted slices of bread, this dish is classic bar fare, but also surprisingly crunchy and sweet. 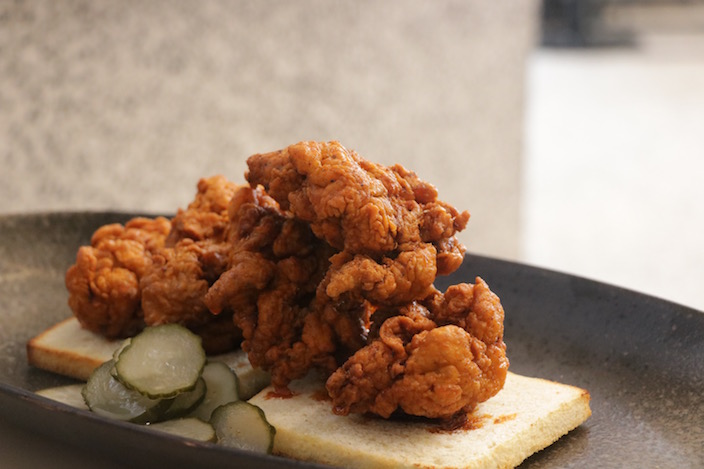 Goon Goon by Young Master proves to be a spacious craft brew Mecca. While crowds in the area are still quite sparse, considering the mall’s half-open, half-closed status, we expect that this may soon become one of Futian’s favorite places to drink the working week away.