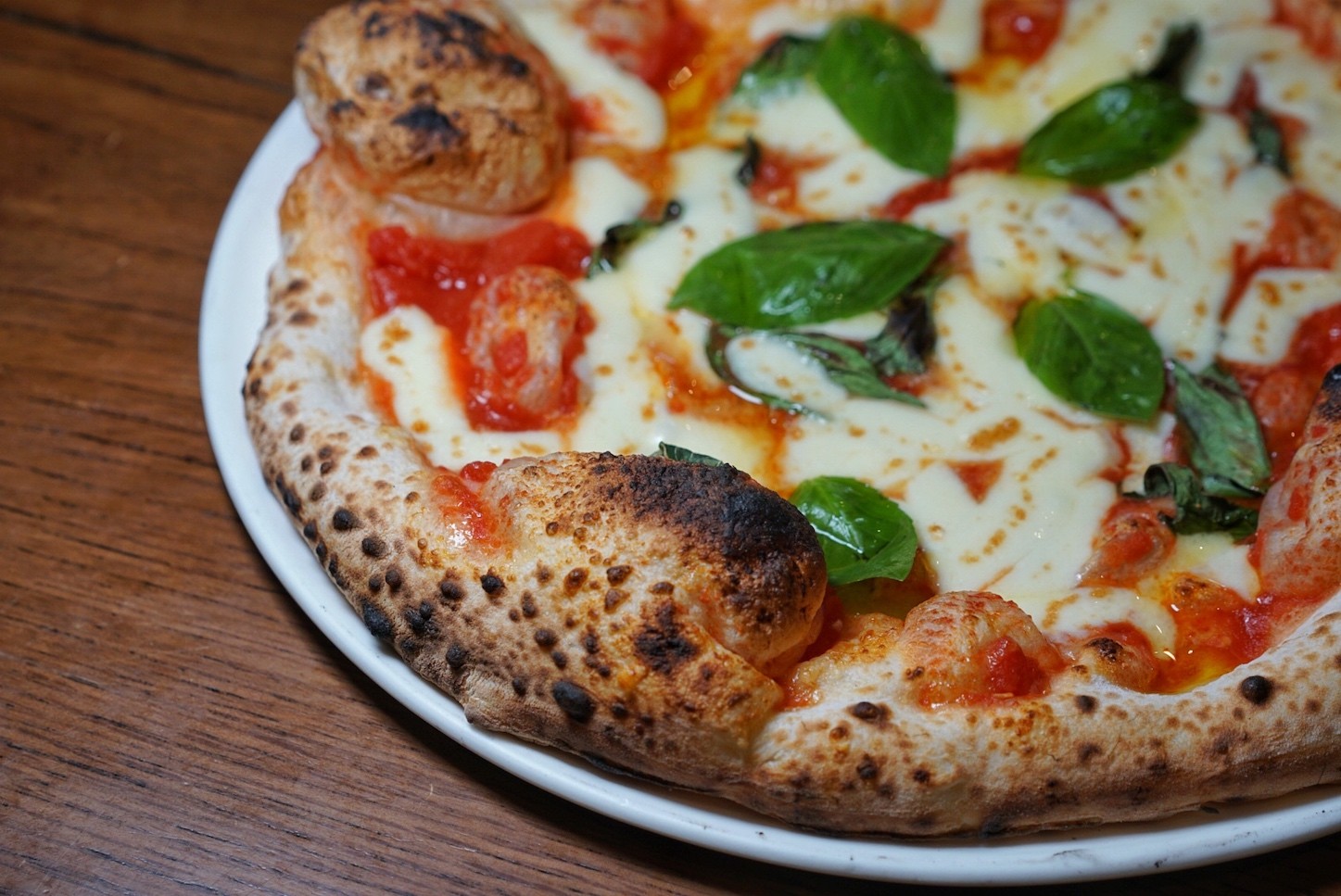 A Napoli native, Francesco is the head pizza chef of Shanghai’s Mammamia, and comes from a long line of bakers. One so long, in fact, that it dates all the way back to the first pizza every made in the royal palace of Capodimonte – a pizza whose crust was baked using the flour supplied by Francesco’s great-great grandfather. Francesco lives and breathes pizza, and fulfills that passion daily by serving up globally-certified traditional Napoli pizza – a highly regulated professional qualification that includes a controlled list of ingredients, licensed cooking equipment and an accredited chef.

One of the only places you can get it on this side of the world is at Mammamia, right here in Shanghai. 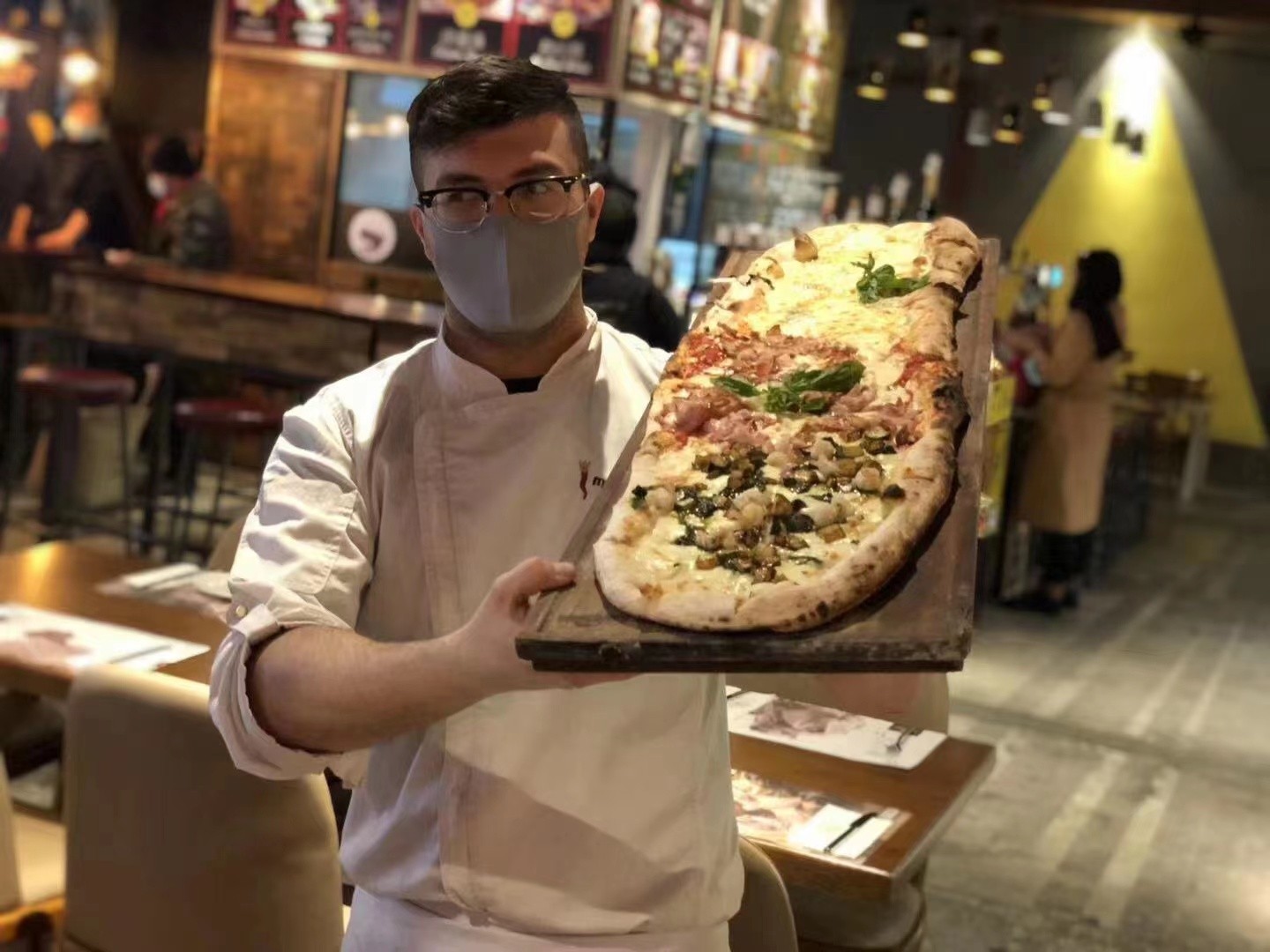 We sat down with this pizza legend to learn more about his backstory, his struggles entering the China market and his never-ending love for pizza. 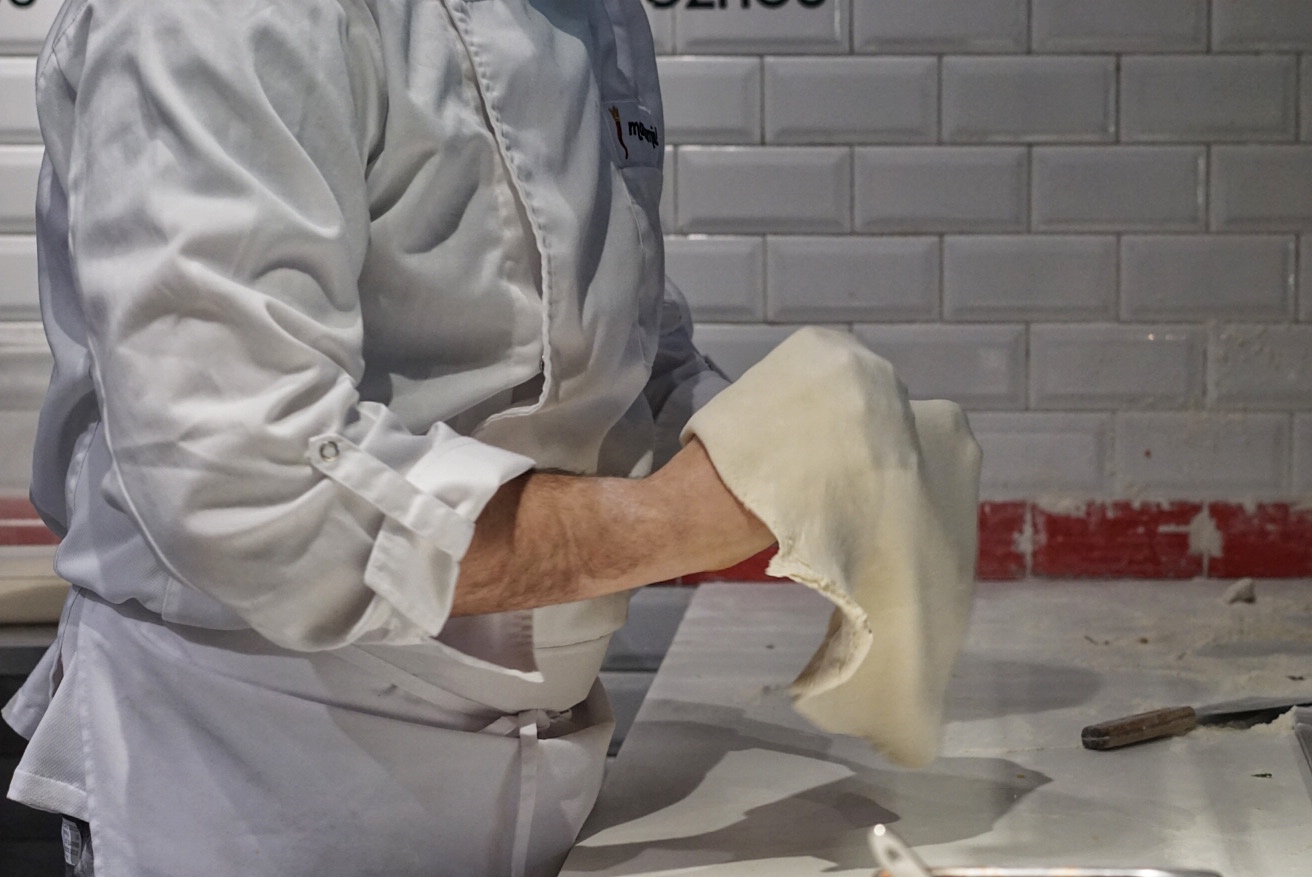 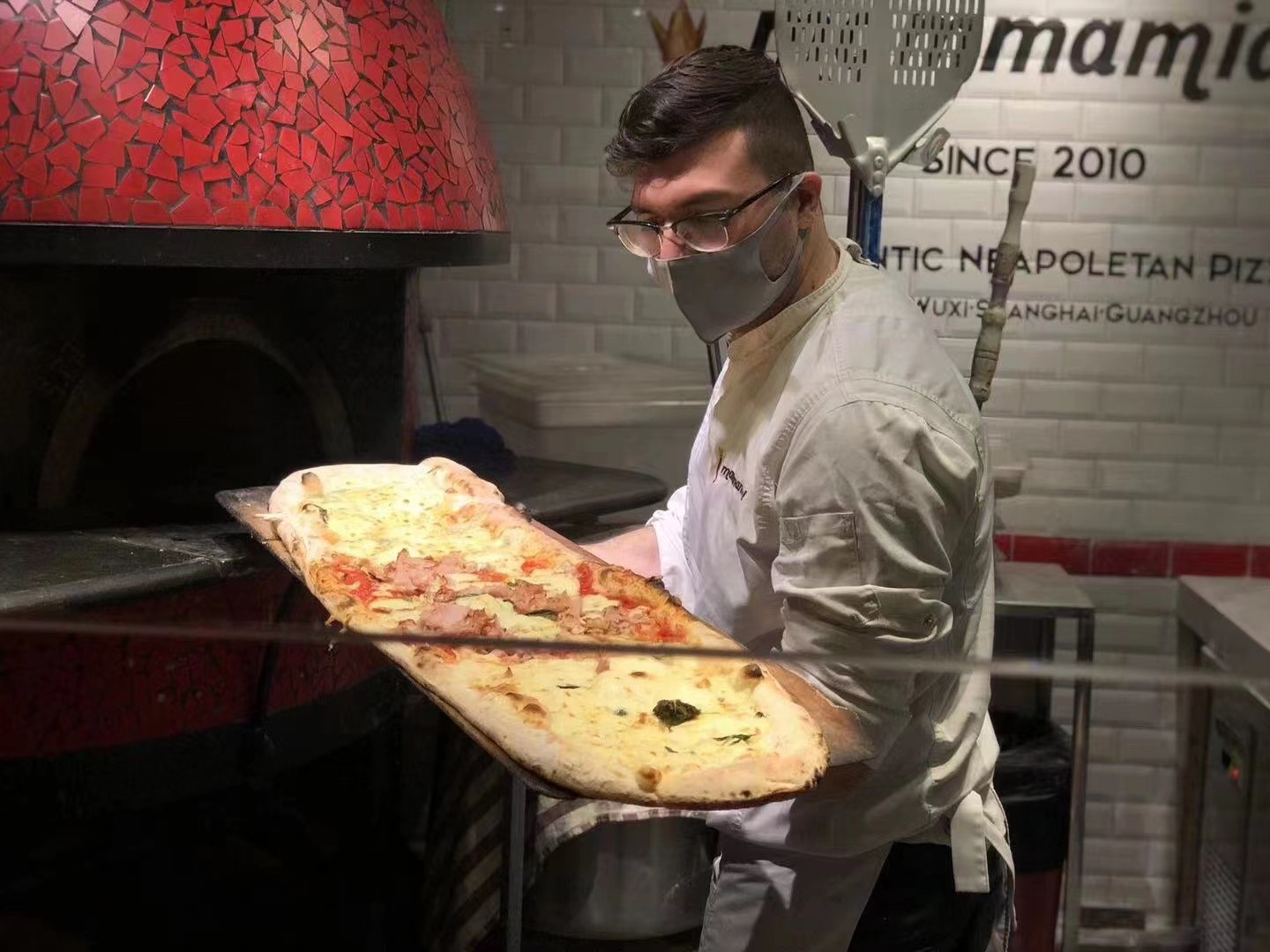 What is your background, and how did you become a chef?
I come from a long line of bakers. My family’s bakery in Napoli stretches back five generations to 1874.

It was started by great-great grandfather. I began working in the shop when I was 12 years old, and didn’t leave until I reached the age of 17.

The business dictates that the work hours are really tough. You have to work very late into the night and open early in the morning. I was a student at the time, and it became impossible to keep up with that kind of schedule, so I left the bakery.

I worked quite a few different jobs after I stopped working at the bakery shop; I delivered milk, I sold potato chips, I washed dishes.

However, making pizzas remained one of my passions. It is a known fact that pizza originated from Napoli.

To be exact, pizza was born in the kitchen of the royal palace of Capodimonte, which is located only 100 meters away from my family’s home.

My great-great grandfather was the flour supplier for the royal family. It is highly likely that the first margherita pizza ever made was made from the flour he supplied.

At the age of 18, I was not sure what to do next with my life. I tried to join the army. Unfortunately, I was not able to pass the vision test. Seeing that I was disappointed, an army officer – in trying to cheer me up – said to me, “Why not learn to make pizzas and travel the world?” The next day, I asked my friend – who was working at a famous pizza restaurant at the time – to get me a job there. I worked for two years for free just to get started on the journey of mastering the skills of making authentic Neapolitan pizzas.

In Italian, we have a word “gavetta,” meaning that skills can only truly be mastered through hard work.

I fell in love with making pizzas day one on the job so much that, in addition to practicing and learning in the kitchen, I read books on how to come up with the perfect flour mix; I spoke to other pizza chefs to pick their brains about recipes; I competed in pizza contests in Italy, UK and Australia to fine tune my skills and won! 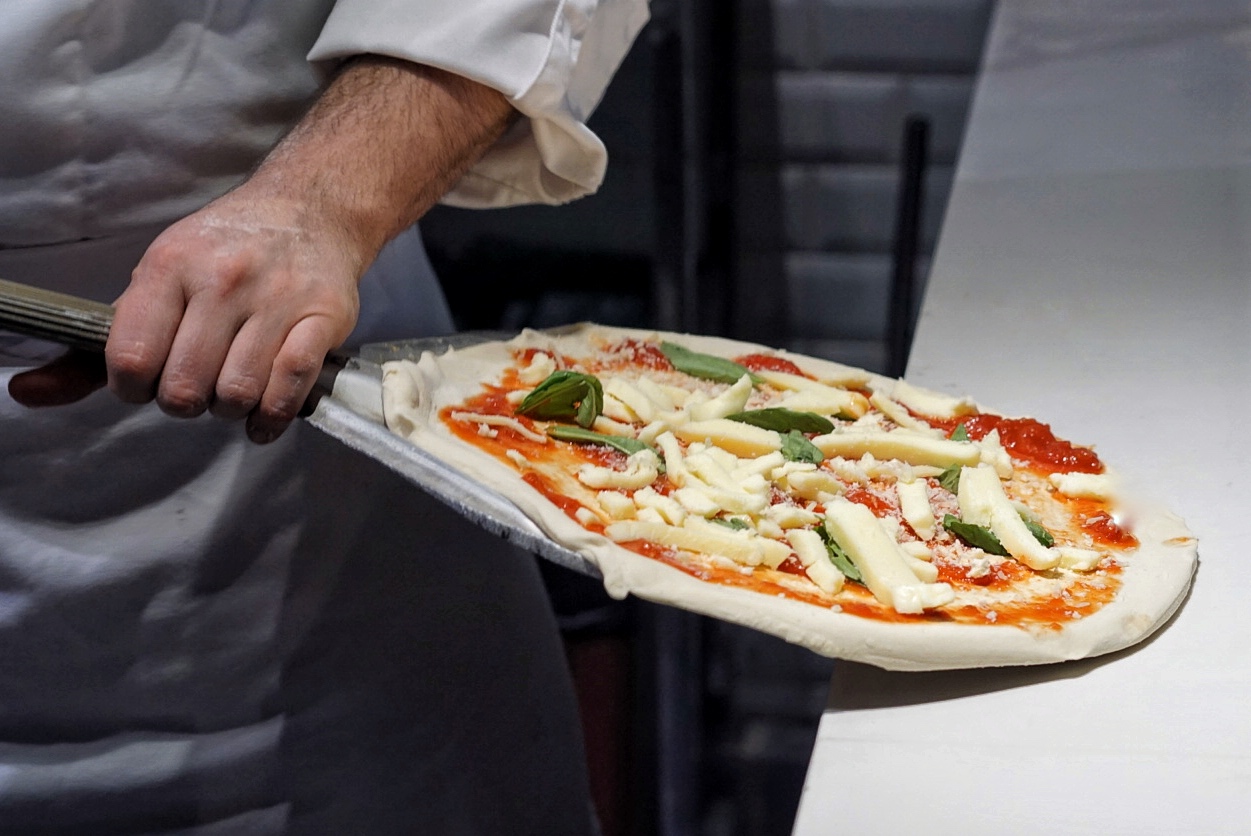 In order to be considered truly Napoli style pizza, there is a very rigorous certification process. Can you explain how this it effects your cooking style?
Neapolitan pizzas are more than food – they represent a lifestyle and a tradition, as is evidenced by the fact that they are recognized as one of the nine foods on UNESCO’s Intangible Cultural Heritage List. 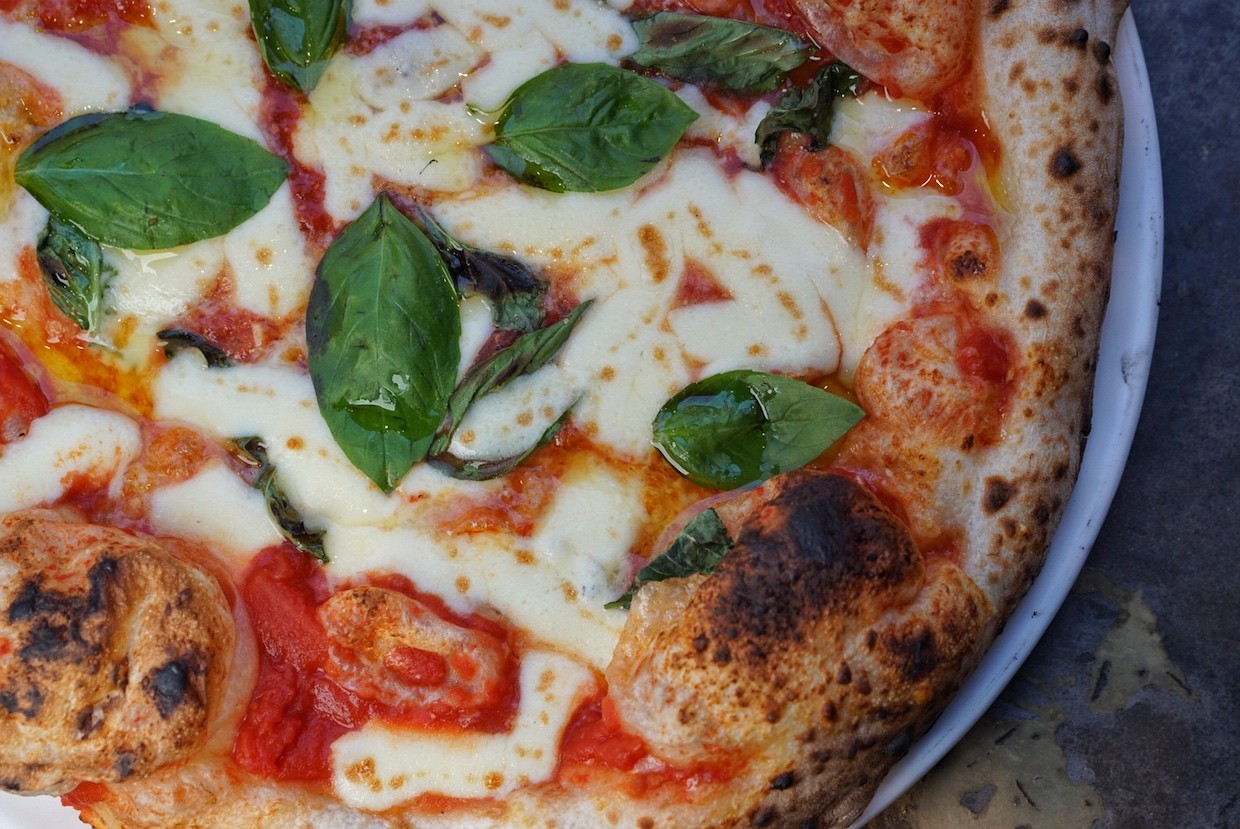 Neapolitan pizzas are one of the cornerstones of the culture and tradition of Napoli. Regulated by Associazione Verace Pizza Napoletana, there are less than 500 restaurants in the world that are certified to make true Napoli pizza, most of which are in Italy.

I am the only Napoli certified pizza maker in Shanghai making an authentic Neapolitan pizza.

Contrary to many other kinds of pizzas, Neapolitan pizzas are quite healthy because all the ingredients used are so fresh that when people take a bite, they can taste the scrumptiousness brought to them by the hardworking farmers.

They are simple – no-fuss – yet delicious. 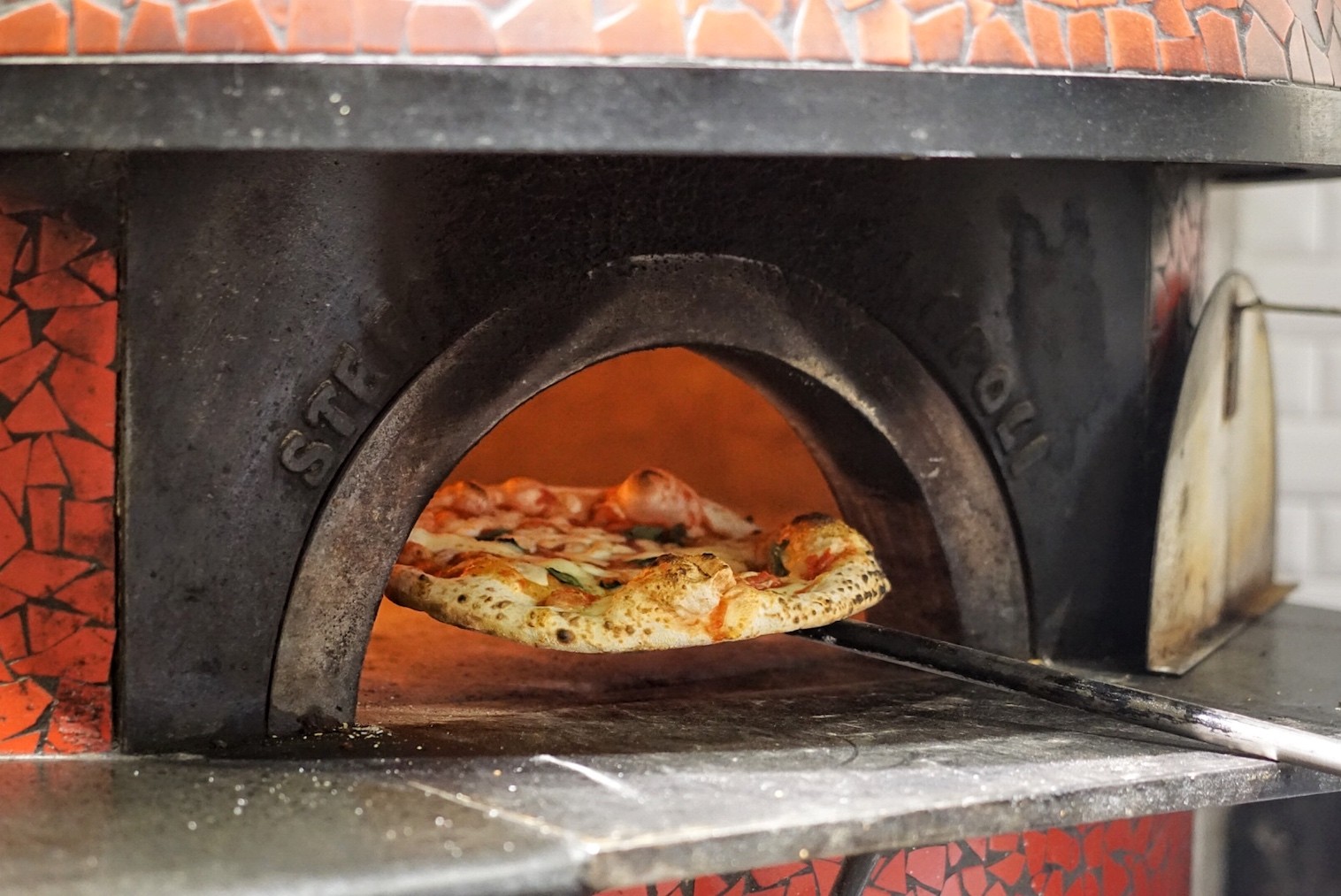 Everything from the imported Neapolitan wood fire pizza oven made with volcanic stones, to the high-quality ingredients, to the 24-hour rising regimen of the pizza dough, to the recipes that have been used in Napoli for centuries – I strictly follow, and honor the method and process behind the proud, long-standing history of Neapolitan pizzas. What makes Mammamia pizza different than other kinds of pizza?
Thanks to the vision of Stefano, founder and owner of Mammamia, we stand by the tradition without giving into pressure of topping our pizzas with ingredients like pineapple, eggs or anything that is not traditionally Neapolitan. Which – believe me – is quite an accomplishment.

This is how Mammamia differs from all the other pizza restaurants in town.

The army officer from my past was right. As a Neapolitan pizza chef, I can find a job anywhere in the world. I was working in Sydney when I received a call from my dear friend and former colleague Carmine D’Arienzo, who is the executive chef of Mammamia. He asked me to help out at the Mammamia Shanghai restaurant.

And the rest is history. 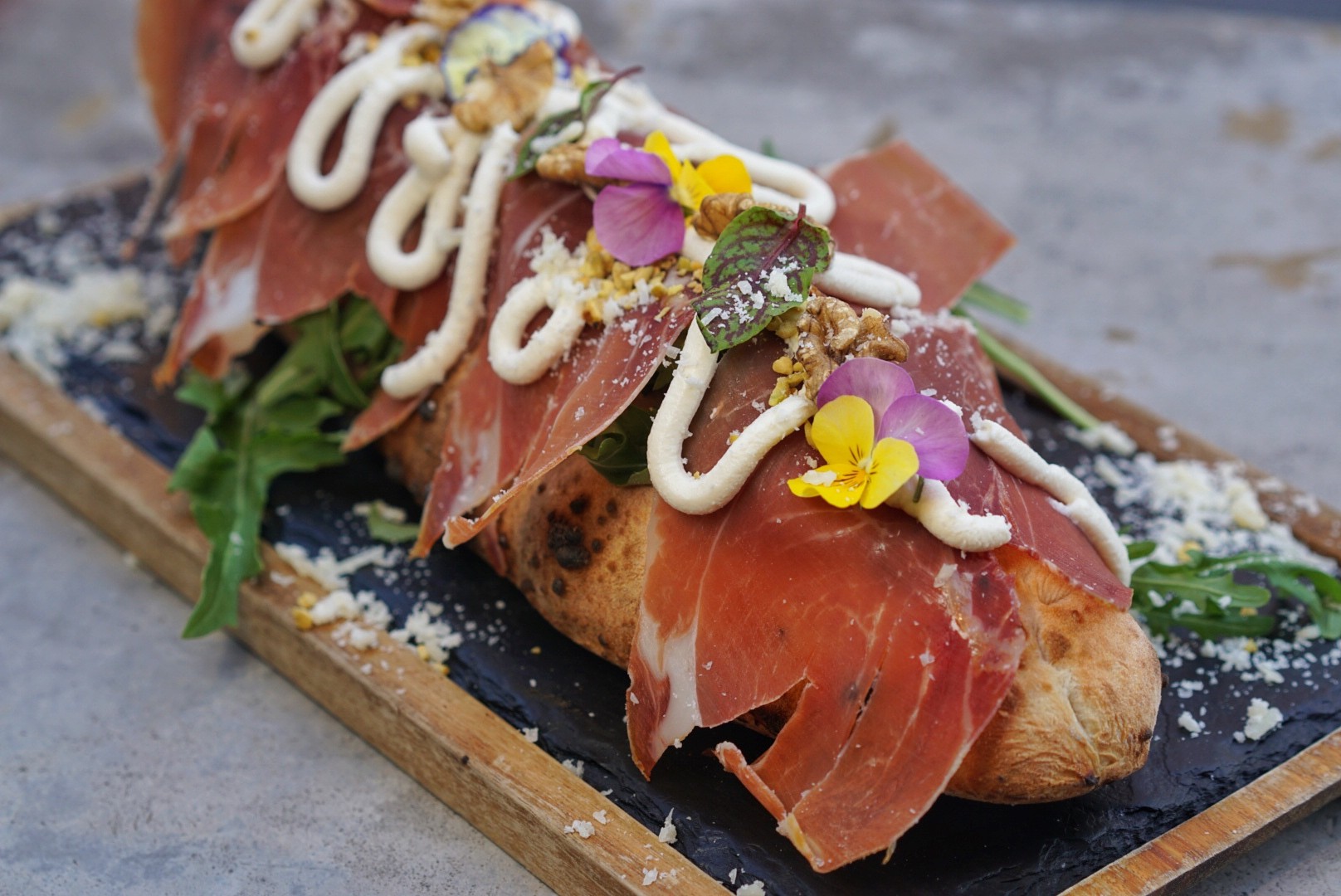 I arrived in China one month after I hung up the phone with Carmine D’Arienzo. I gave my word to him that I would find a way to introduce Neapolitan pizzas to Chinese customers.

Indeed I did, and my Chinese customers ultimately love my pizzas. I couldn’t have hoped for a better legacy to leave behind after my China days are over. What challenges did you faced in opening a Napoli-style restaurant in Shanghai?
It is not surprising that one of the biggest challenges in my early China days was the language barrier. I couldn’t speak any Chinese and my staff didn’t understand English, and obviously no Italian.

It was no breeze trying to teach them how to make pizzas without verbal communication. 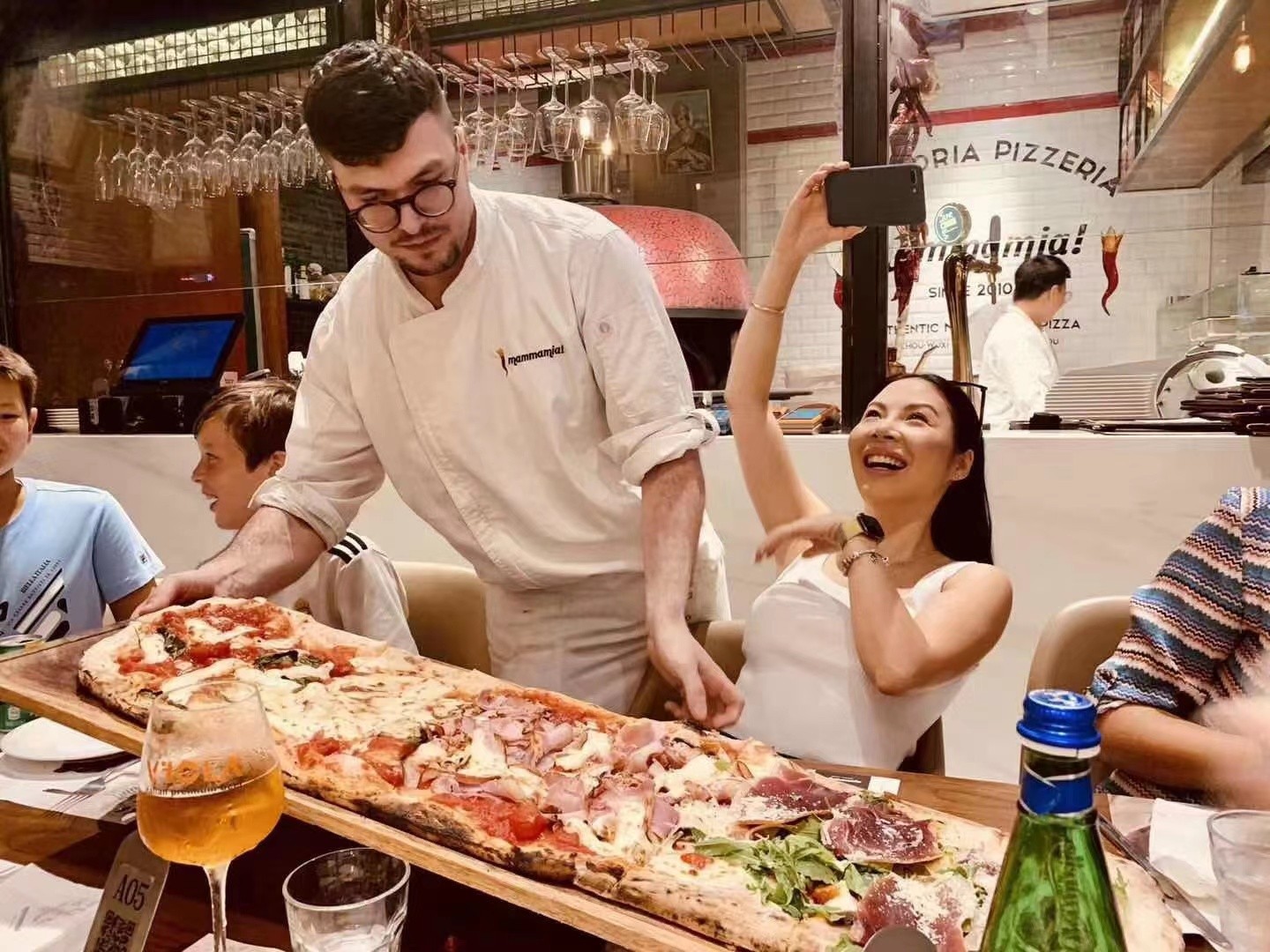 Another challenge was to educate Chinese customers about Neapolitan pizzas, because they look and taste so different from what they are used to; I had to print out flyers to help people understand the characteristics of Neapolitan pizzas.

It only took a few months though before Chinese customers took a liking to my pizzas. Many of them, having visited Napoli, were overjoyed to find the same taste in Shanghai.

One of my customers told me that my pizza reminded him of his favorite Neapolitan pizza shop in Sydney. When he showed me the picture of that shop, it was me in the photograph making the pizza. Besides pizza, how would you describe the kind of food served at your restaurant?
I like cooking rustic dishes from Napoli.

Mammamia is more like a trattoria than a restaurant, in that it features home-style cooking that mirrors everyday cooking back in Napoli; the plates are not fancy, the portions are hearty and the price does not make you cringe.

Most importantly, it is a taste that reminds you of the good times enjoyed with family and friends.

I come from a culture that is open, welcoming and sharing, not dissimilar to the culture in China. My food is affordable because I want everyone to be able to enjoy what Napoli can offer. 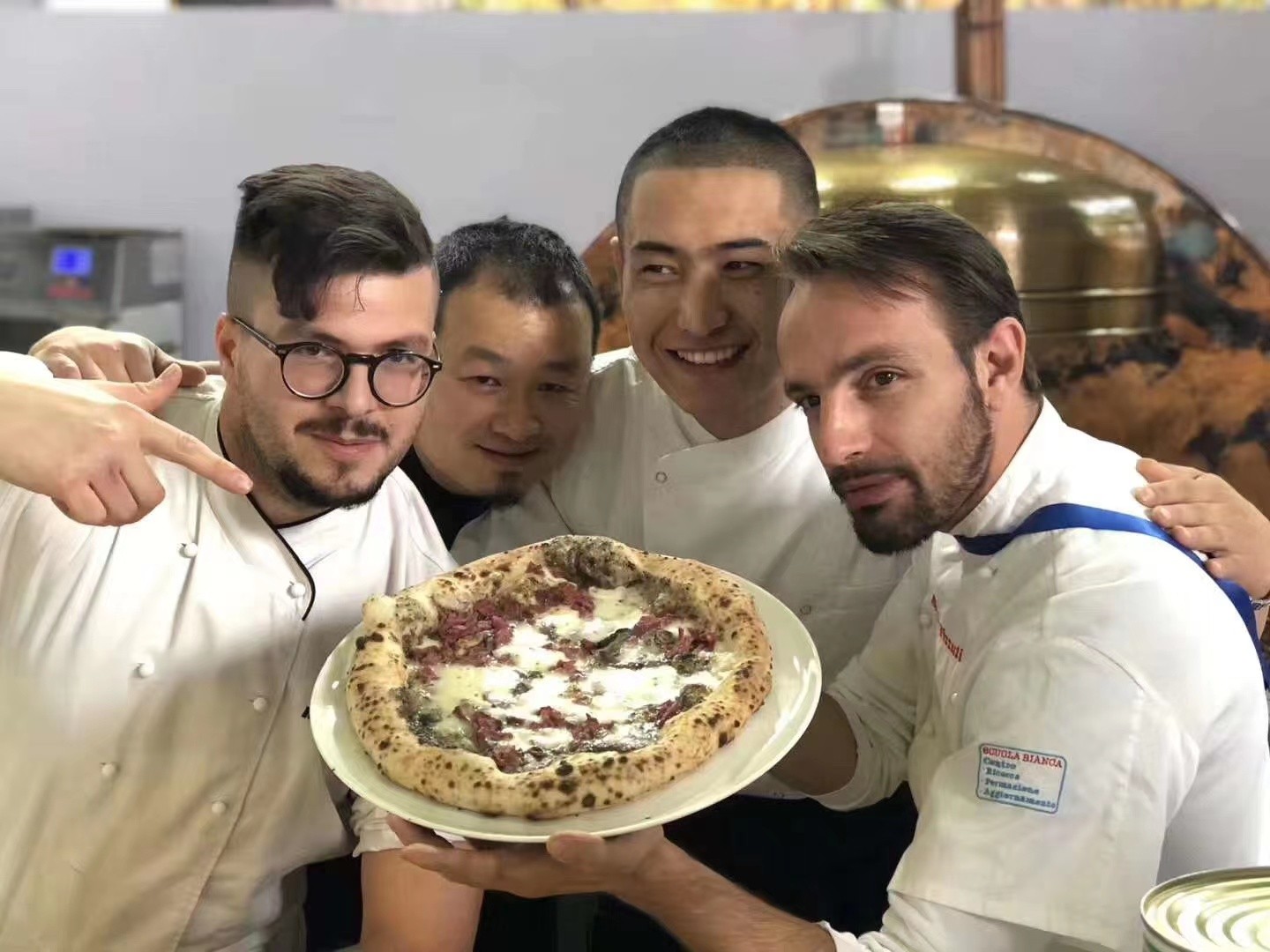 If you could give one piece of advice to any new chefs in Shanghai, what would it be?
The China restaurant business is tough. Believe in yourself, and be true to yourself. Follow your heart, and keep it simple. Talk to your customers whenever possible; it’s crucial to get feedback from your customers.

Last but not least, don’t get discouraged easily. See a listing for Mammamia. 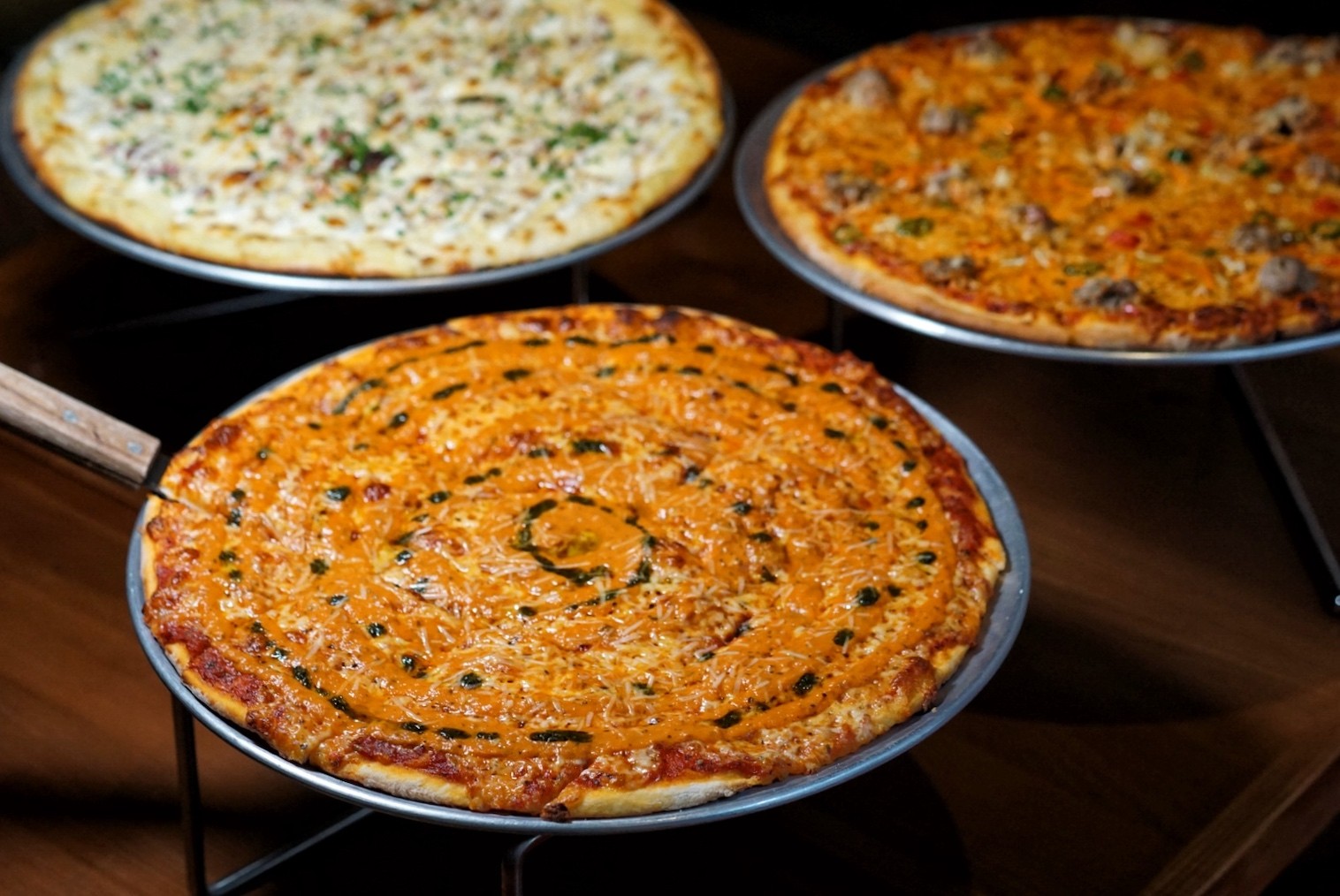