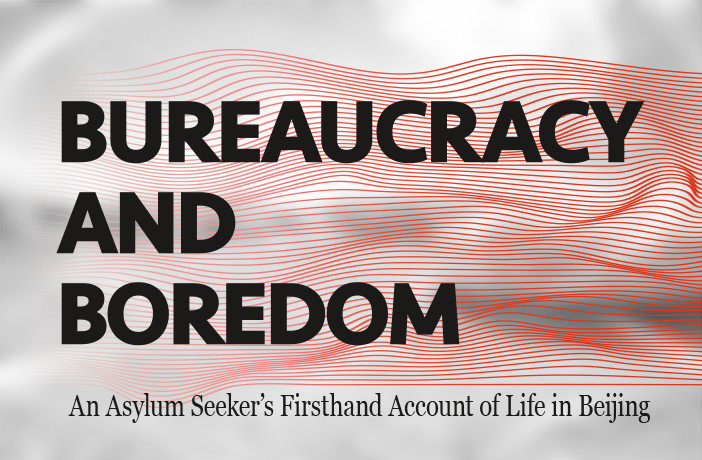 As China's role on the international stage grows, so does its importance to the global refugee crisis. For this month's cover story we examine China's stance towards refugees, delve into facts and figures of the global refugee crisis in relation to China and feature a first-hand account of seeking asylum in Beijing. In Part III of this three-part series, a person seeking asylum in Beijing shares his account.

The following is a first-hand account of seeking asylum in Beijing. The writer asked not to be identified due to the sensitive nature of his situation.

It’s a cold and windy day in Beijing as I navigate my way to Liangmaqiao. That’s where the China office for the UN High Commissioner for Refugees (UNHCR) is located.

I make my way out of the subway and continue down the road of government embassies. By the gate I produce my passport to a serious-looking but friendly guard. He allows me in, and l walk to a very small building within the UN compound where the asylum-seeker office is found.

Inside this small office, a row of chairs are lined against the wall, while a small reception area sits directly opposite the door, making it almost impossible to fully open. On the wall, printed A4 papers display basic information about the UNHCR and the type of people it serves. One page in particular catches my attention: It talks about how this is a safe place for all kinds of people. It goes on to show images of different modern family dynamics – images depicting straight, gay and lesbian couples and families.

“I would like to apply for asylum,” I say to the man behind the reception desk. The desk is so high that l have to look down to see him. He hands me a paper to read through and offers me a seat. There’s already a handful of people waiting. They look bored and agitated. I go through the document, which provides information about the asylum system in China – provisions, requirements and regulations. There’s a small section about how we are not permitted to study or work.

After a while of awkward silences and stares among strangers, they call me in. There’s a tall glass window dividing the consultant and me.

“Good morning,” I greet her, smiling. She responds with a smile and asks for my passport and the one-page document l received at reception. She also asks for my temporary residence permit, which I don’t have. “The temporary residence permit is very important. Make sure you have one when you come for your interview.” I nod in agreement and smile once again, attempting to ask questions about the UNHCR process in China. “Will I be allowed to travel, work or study? And how will I sustain myself if I’m not allowed to work?” She doesn’t have the answers, and advises me to speak to another consultant at another time. 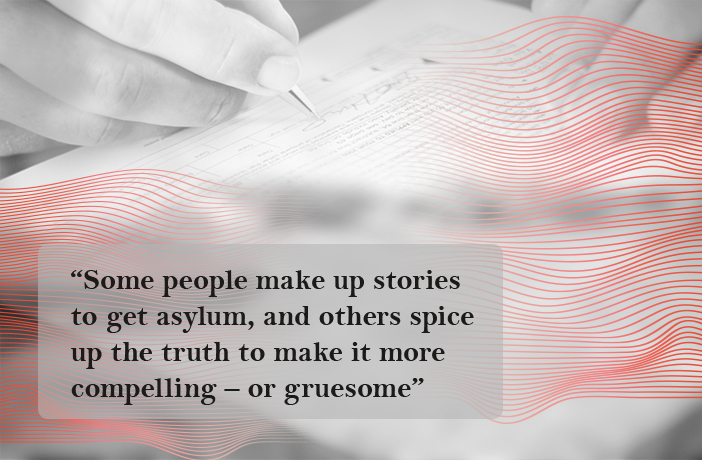 Getting my temporary residence permit is a struggle. The first time I go to my local police station, I’m turned away because I don’t have a landlord or agent with me. The second time, my agent makes me wait for hours and I’m still denied. I have to communicate all this to the UNHCR, but my correspondence with them is slow. I send emails and then follow-up with a phone call. Then I’m told to wait until I get a response to my email. It takes days for that response to come. On the day of my interview, I go without the permit, a considerable amount of fear and uncertainty building in my chest.

“You have to come back after a month,” I’m told. “But when you do, you must have your temporary residence permit.”

To get the permit I need to have a lease contract in my name, but my lease isn’t. The agency insisted that only my Chinese flatmate sign the contract.

My flatmate contacts the agency several times over the course of weeks, but they don’t seem interested in helping. We decide to get in touch with the landlord. We both send him messages on different occasions but he doesn’t respond. After numerous attempts to reach our landlord we finally give up. That’s until my friend suggests that I add my signature to the lease agreement without the agency’s knowledge. It’s a crazy idea, but it’s also my only option at this point. Without thinking much about it, I add my signature next to his.

A few days later, I decide to try my luck once again at the police station. The security guard, who probably knows me by now, directs me to the queue. I don’t have to say much, really – a foreigner at a police station usually means: temporary residence permit. I hand over my documents: passport, asylum certificate and lease. And without any real interaction the officer starts processing the permit for me. It's a simple procedure and within minutes I’m done. I laugh silently in disbelief.

Four weeks pass and l make my way back to the UNHCR offices. It’s early morning, and the office is still closed. A few feet away from me, two men chat while smoking. I can barely make sense of anything they’re saying, despite their considerably loud voices and laughter. My mind is elsewhere.

Once in the office, I recognize some faces from last time. I settle on one of the seats and pretend to be busy on my phone. I’m nervous and agitated, but I wear a brave face. It’s mostly men here today, a mixture of different ethnicities. From their accents they might be from West and North Africa and Central Asia.

China is an unlikely place to seek refuge. Europe and America are certainly more common destinations. First, the refugee system here is still under development. I’ve heard stories about how asylum seekers are granted permission to temporarily reside in China while their case is being investigated, but eventually sent to third countries as the long-term solution. 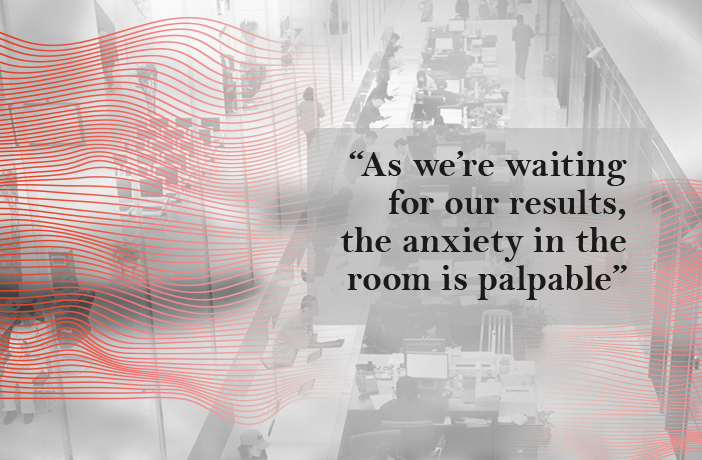 Yet the process itself is not as complex as many would think. It’s a series of interviews and investigations into the interviewee’s claims. Some people make up stories to get asylum, and others spice up the truth to make their stories more compelling – or gruesome – in an attempt to garner sympathy.

After a short while queuing, I’m called in for my interview. This time it’s a young male officer on the other side of the glass wall. He looks a little inexperienced. Another male, an older-looking chubby man, stands beside him, darting in and out throughout the interview. The younger man checks my credentials and hands me a form – a booklet with all sorts of questions about my past and a timeline of my life, education and work. It’s brief, but detailed. Every year from primary school to my professional life has to be accounted for: dates, qualifications and certificates, as well as bits about my family, their ages, what they do and where they are currently based. He emphasizes the importance of including every single detail.

The booklet requires story-like answers. Question 1 reads: “Why did you leave your home country?” I take my time, carefully reading and answering the questions. Whatever I write will be filed and put on record. I’m called back into the interview room, but I’m granted more time because I haven’t finished answering the questions. It’s just before noon and I’m told to come back after lunch.

Later, back inside, one of the men in the office warns me to keep my dates and timeline simple. “They follow-up on every single little detail later,” he continues. I respond with a faint smile and nod. In my head I’m thinking, Well, I have nothing to hide, and there’s nothing I’d forget because I’m being truthful.

“Why are you seeking asylum?” He looks me straight in the eye, his face unmoving except when he has to sneeze or cough. Throughout the interview he maintains a stern expression. He asks me repeated questions, such as my reasons for coming to China and seeking asylum. After going through this – and countless other queries – he writes five more questions on a separate piece of paper.

“Answer these and come back inside here when you finish,” he says politely. It takes me a few minutes to answer the additional questions and I finally submit my form.

Now I’m back in the waiting area with the same group of people that have been here since the morning. Two of them I had met earlier, during the lunch break. They talked and laughed – all while looking nervous and shaky. We are all set to be issued with a six-month asylum certificate today – if they grant it to us, that is. Now we are all waiting for our results, and the anxiety in the room is palpable. Two of the people go in and out of the interview room before it’s my turn. I stand up and head towards the door.

The interviewer is sitting on the other side of the glass window just like the first time, and without saying anything, he glances at me before perusing a pile of documents. He stops at the sight of one large paper and separates it from the pile. He explains how every six months I should renew the document.

I’m bursting with joy, but I try to maintain my excitement. Out of happiness, I offer the officer some medicine for his cold. “I’ll have to bring it some other time, though, because I don’t have it here,” I tell him. He smiles and apologizes for interviewing me while sick. I smile back. “It’s OK,” I say, as I stand up to leave.

Read 'Part I: China's Growing Role in the Global Refugee Crisis' of our three-part series on China's stance towards refugees and 'Part II: What is a Refugee, Anyway?' 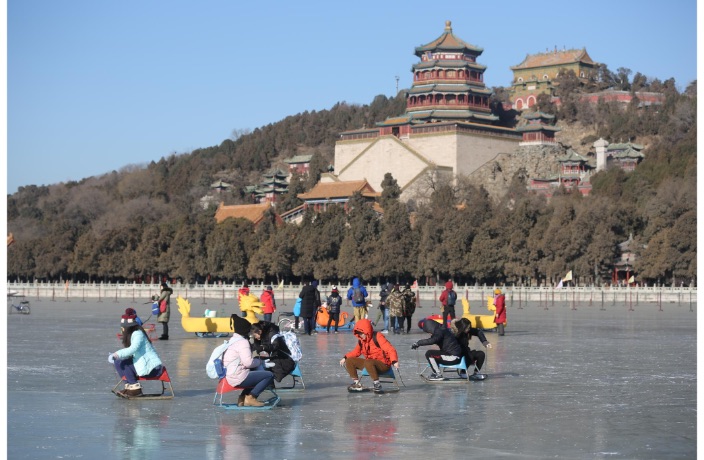 Paul French weaves together the stories of those Jewish refugees who moved on from wartime Shanghai to seek a possible route to freedom via the Portuguese colony.