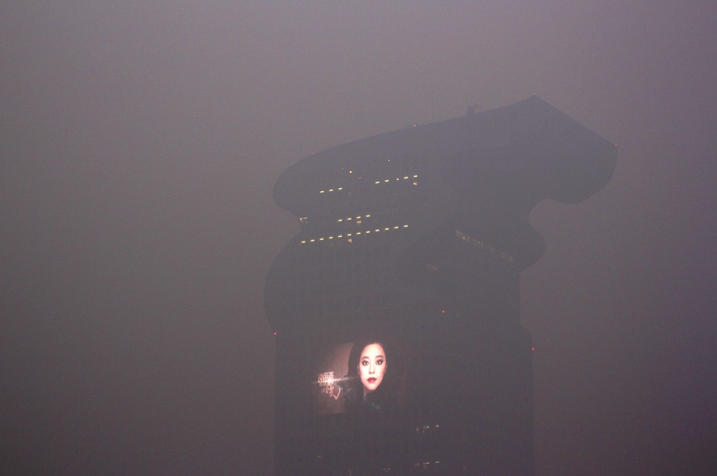 The study of 1,600 cities found that air pollution has worsened since a similar survery in 2011, particularly in poorer nations. An estimated seven million people were killed by air pollution in 2012, making it the world's single biggest environmental health risk.

Thirteen of the dirtiest 20 cities were Indian, with New Delhi, Patna, Gwalior and Raipur the top four. Delhi had an annual average PM2.5 reading of 153.

Beijing, though notorious worldwide for its terrible smog, came in at a comparatively respectable (but still deadly) 77th place, with a PM2.5 reading of 56, just over a third of Delhi's pollution level. However, as Reuters points out (emphasis added):

WHO experts said the Chinese data was from 2010, the most recent year made available to them by China. But Beijing's city government began publishing hourly PM2.5 data in January 2012.

A year after it started publishing data, Beijing's air quality hit the "worst on record" according to Greenpeace, with a PM2.5 reading as high as 900 on one occasion.

Beijing's government said last month that PM2.5 concentrations stood at a daily average of 89.5 micrograms per cubic metre in 2013, 156 per cent higher than national standards. Such a reading would put Beijing 17th in the WHO database. The WHO says there is no safe level for PM2.5 pollution.