If you have an even rudimentary knowledge of Italian, you might see the name Malabocca and immediately think of Italian wine bar Buona Bocca, a Sanlitun staple. And it’s intentional. They’re situated directly next to one another and seem to have the same owners. (Unless Malabocca proves to be a prolific napkin-stealer!) And while the name is cute, don’t be fooled – the new restaurant is not so innocent when it comes to spice. In fact, the name is a play on words since Malabocca is a malatang joint.

We visit the establishment during peak holiday season, for which they’ve gone all-in: Stickers in the windows, lights all around and none of it is too much. The simple design of the restaurant, clean, white and tiled, serves itself well to decorations. Though, the overall space is quite small, which makes it less desirable for large groups, and the seats so petite you might not be able to squeeze into them. 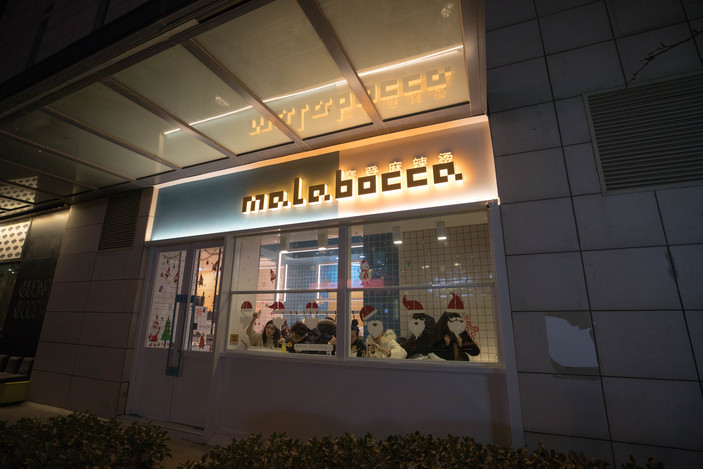 But we’re here for the food, after all. The focus is classic malatang, just like the ones you can find in any given shopping mall in the city, but with attempts to refine the formula a bit. The ingredients you’d expect are all there, with helpful English placards that provide a bit of humor – we’ve seen youtiao translated as Chinese crullers, Chinese churros and  Chinese doughnuts, but we’ve never heard “Beijing baguettes” before and we don’t think we’ll ever let that go. All of the options are supremely fresh, and the chicken even comes pre-marinated and spiced (perhaps a bit too over-the-top).

After you choose your ingredients, it’s on to the bases. There are three to choose from: traditional mala, Italian (surprise, surprise) chicken stock and mushroom soup (this one will cost you an additional RMB5). The price is based on weight, but don’t let this stop you – even after we fill our bowls to near capacity the price doesn’t even break RMB50. The chicken stock comes to your table topped with freshly grated parmesan and some salt and pepper, and there are various sauces and toppings for your dipping pleasure at the ready.

They offer one type of beer and red wine as well as a few other soft beverages, but Jenny Lou’s is right across the street if you want to test their BYOB policy. When it comes down to it, Malabocca is a fresh take on an old favorite.

[Images via Andrew Braun for That's] 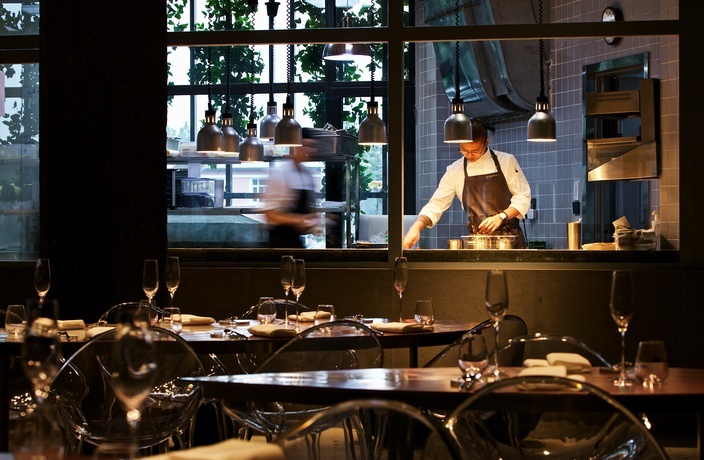