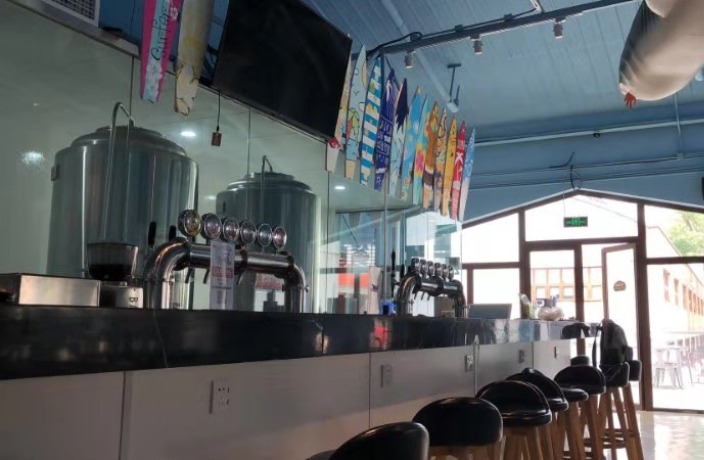 Craft beer purveyor Crafters, after garnering local recognition by rotating its home-brewed beers on the taps of various local bars, recently moved into its first permanent home in the wilds of east Beijing. Perched above WavorHouse, an indoor surfing center, Crafters’ own brewery is styled after a beach bar, with surfboards and a shark hanging from the ceiling.

We are able to simultaneously gaze upon the menu and brave souls attempting to surf next door, thanks to a window. We play with the idea of briefly joining in, but decide we don’t have enough liquid courage just yet. The brews are solid (RMB35-45), but we already know that, so we experiment with the food menu.

We order the tasty chicken burger (RMB45), with grilled mushrooms, jalapenos and cheddar cheese, and the Tiny Gangster burger (RMB65), featuring a twangy sauce made from their Tiny Gangster Pale Ale. Crafters also has you covered for poutine, with offerings like the Junkie Poutine (RMB55), slathered with mushrooms and onions. Wash it down with their signature brews like the TransAtlantic IPA (RMB45) and enjoy the show down below. 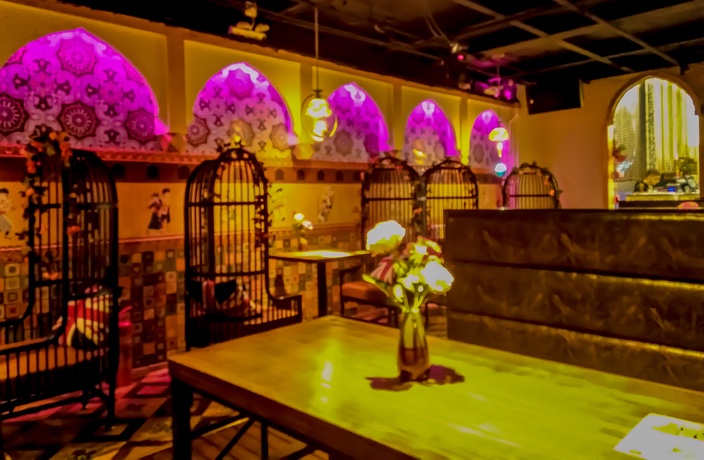 There is no pork anywhere on the premises, but the menu provides just about everything else. 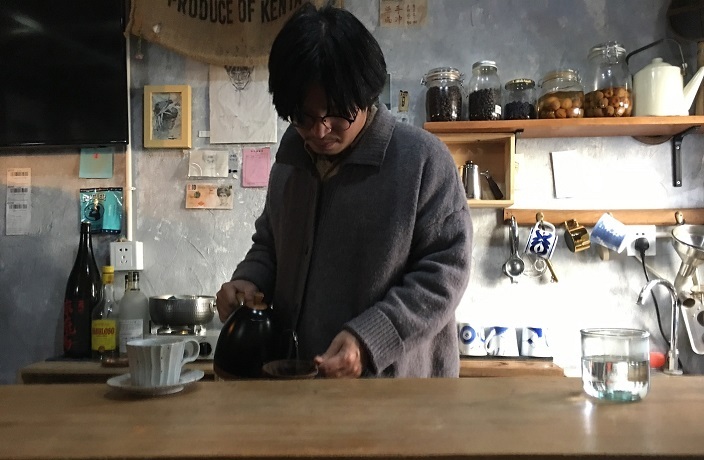 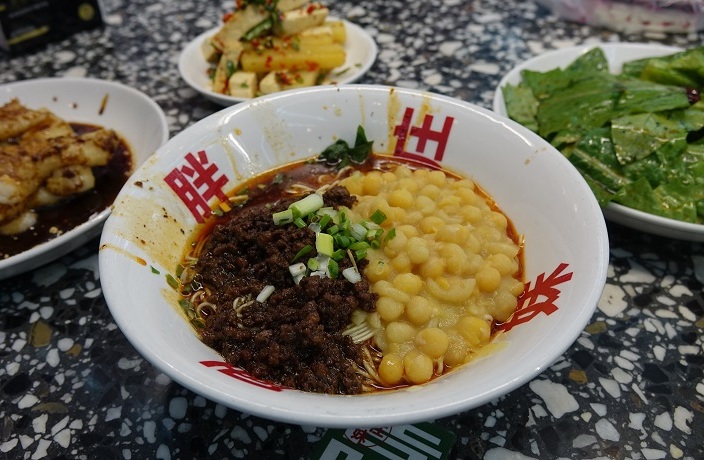 After a hiatus post-brickings, hutong favorite noodle joint Pang Mei popped back up in their previous location.

Mifan or Mafan: The Sweet Spot+

Whipped up by chefs from China World Hotel, The Sweet Spot+ presents a fuss-free experience of balanced meals in a cheery atmosphere.

Mifan or Mafan: That One Place

That One Place (not to be confused with The Other Place) is keeping it casual, but the drinks are stiff.

The point here is this: It’s all about the starchy root vegetable.

Moscow Restaurant has opened an ice bar where you can sip on vodka and taste some caviar in freezing temperatures.