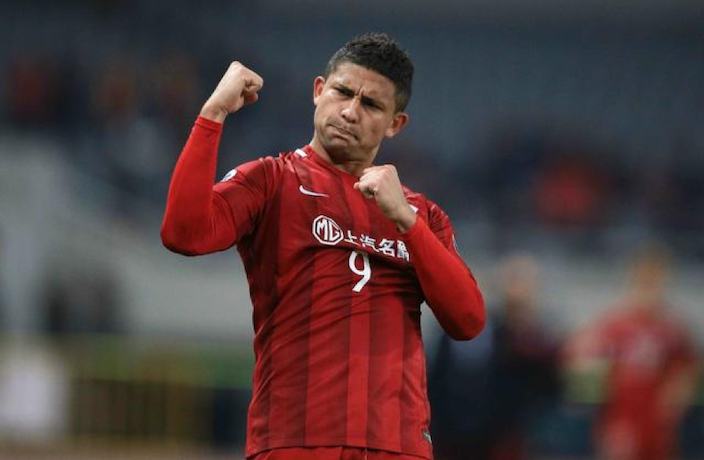 According to reports, Brazilian-born forward Elkeson has been included in China’s provisional 50-man squad submitted to FIFA, ahead of Team Dragon’s clash with the Maldives in the 2022 World Cup Qualifiers.

Alongside the ex-Shanghai SIPG striker is Nico Yennaris, or Li Ke, after the London-born midfielder made his debut for China on June 7. Yennaris qualifies due to his Chinese mother.

Elkeson de Oliveira Cardoso meanwhile, born in Maranhão Brazil, qualifies due to living in the country for five years consecutively. Elkeson first joined Evergrande from Brazlian club Botafogo at the end of 2012.

The 30-year-old would become the first of a new generation of naturalized talent, with the fellow Brazilians Ricardo Goulart, Alan and Fernandinho all expected to follow suit and change their allegiances soon.

The burly forward had been called up by Brazil for the 2011 Superclásico de las Américas, however he didn’t play in the fierce derby with Argentina. That being said, given the match was only a friendly, FIFA ruling would still allow the player to switch allegiances as it was not a competitive fixture.

According to Titan Sports Plus, 38-year-old midfielder Zheng Zhi has been named in the provisional squad, whilst Shanghai Shenhua center-back Zhu Chenjie, some 20 years his junior, has also been called up. Remarkably, over 10 Guangzhou Evergrande players have made the squad, as Fabio Cannavaro’s de facto national team feature heavily in the official Chinese side.