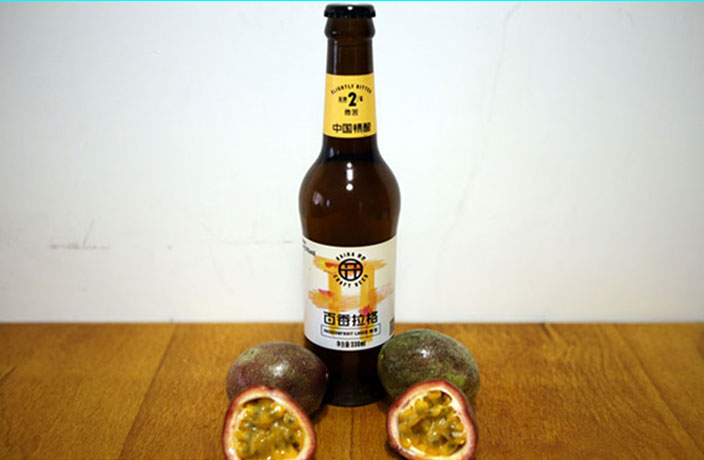 ‘Beer of the Month’ is a regular series where our editors sample a unique craft beer. This month, our Guangzhou editorial team sampled Kaiba’s Passionfruit Lager!

Kaiba’s Passionfruit Lager is one of four premium tastes from the Shanghai-based craft beer brand. In 2017, Kaiba was bought out by AB INBEV’s ZX Ventures, the craft beer division that also purchased Boxing Cat Brewery. 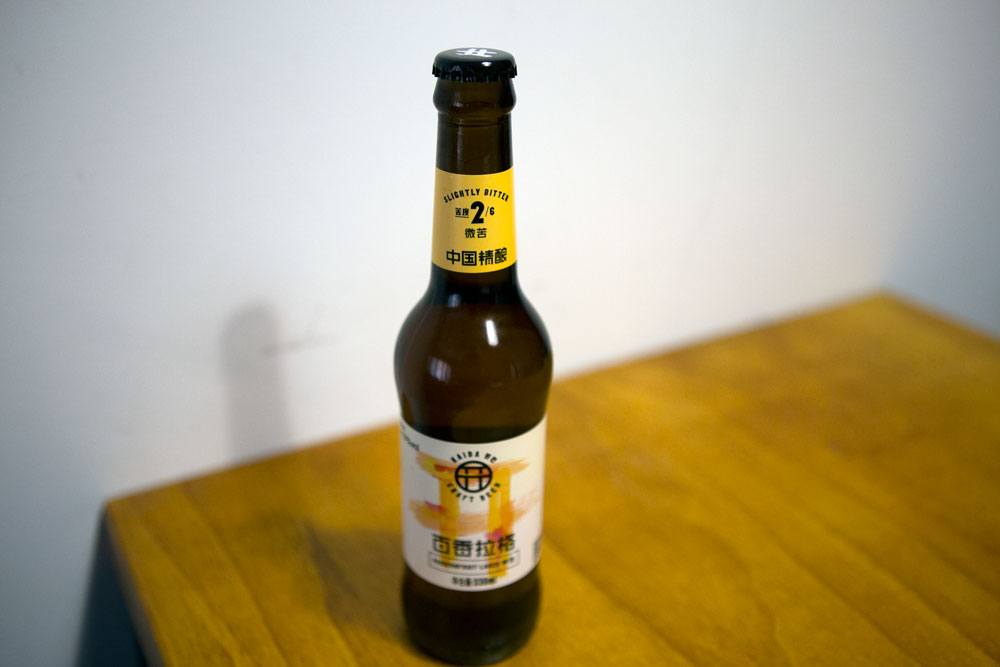 This fruit-focused lager comes in a well designed bottle with the character kai (开, meaning ‘open’) written in calligraphy form with shades of yellow, green and blue. The intriguing design certainly helps to distinguish Kaiba’s fruity brew from other refrigerator inmates, but once you crack open a cold one, your experience is likely to take a downward turn.

This craft beer has a very light and yellowish gold color, and exudes a pleasant aroma from inside the bottle. While the passion fruit flavor is not nearly as strong as we’d like, the lager packs just enough flavor to indicate its fruity origin.

Once the suds hit the glass, however, the beer quickly ditches all pretense towards tasting of passion fruit, as well as most other flavors for that matter. Although it’s classified as a ‘slightly bitter’ beer, with a two out of six on the brewery’s bitterness ranking, the aftertaste, or lack thereof, exacerbates that bitter feeling on your tongue.

Kaiba Passionfruit Lager can be purchased at your local 1919 shop or via 1919’s app.