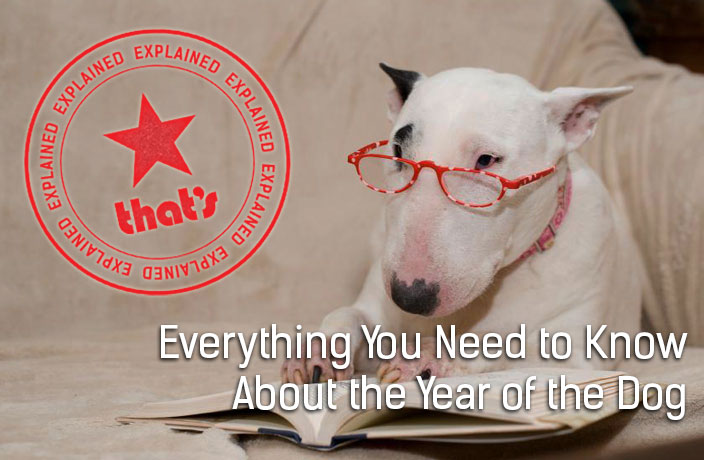 There are many legends as to how the 12 animals of the Chinese zodiac came be to chosen. Most go something like this. 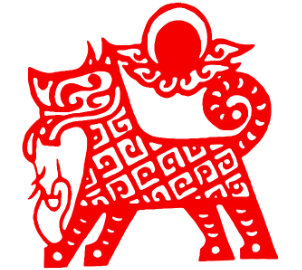 Some used cunning and trickery to secure passage (like the Rat who hitched a ride aboard the Ox, or the Snake who hid inside the Horse’s hoof) while others relied on their natural abilities (like the Rabbit who hopped from stone to stone, or the Dragon who simply flew).

One by one, each animal made its way across. But where was the Dog? She was known to be energetic and determined, and was presumed by most to be the strongest swimmer.

But the Dog had a playful nature, too. She simply couldn’t resist taking a couple wandering laps for good measure and stopping to frolic in the river currents.

Finally, after all but two of the years had been assigned, the Dog came climbing up onto the bank, without a care in the world, and shook herself off. She was assigned the 11th year in the zodiac cycle.

Some ethnic minorities in central and southwest China have another legend about the Dog. Their story says that in ancient times, when food was scarce, a magical dog helped to steal grain from Heaven for the people to plant (the Dog is nothing, if not loyal). That’s why, to this day, when people in these places celebrate their harvest festival, the village dogs are always first to eat.

For all the positive qualities associated with the Dog, its role in Chinese idioms is not always the most positive one. Here are some examples:

兔死狗烹, tu si gou peng: "To boil the hound after it's caught the rabbit." Meaning: Getting rid of somebody after they've served their purpose

狗尾续貂, gouwei xu diao: "Using a dog's tail as a substitue for sable fur." Meaning: To ruin a good thing with a sloppy finnish, to follow up a masterpiece with a worthless sequel.

狗血淋头, gouxue lin tou: "A shower of dog's blood to the head." Meaning: A torrent of abuse. A cascade of insults.