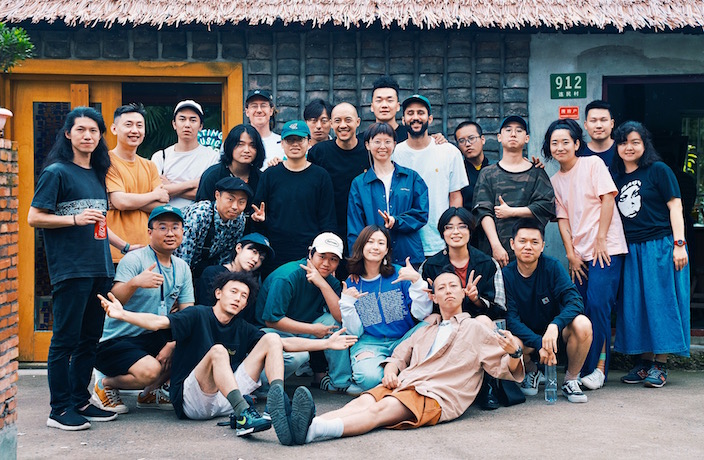 In late August or early September of this year, you might have run the risk of stumbling across a group of young producers sporting kendamas, the classic Japanese ball and string game, in Shanghai. An ominous sight for sure, a bit like a scene from Walter Hill’s film, The Warriors, with baggy pants and T-shirts as far as the eye could see.

The kendama, which is known as the antithesis to mind-numbing video games, is a simple, wooden toy that challenges you to land a ball on a cupped hammer or crosspiece. It turned out to be a fitting representation of 2019’s Eating Music Camp, as the crew of attendees eschewed the chaos of modern central Shanghai for a instensive two-week sojourn to the countryside. 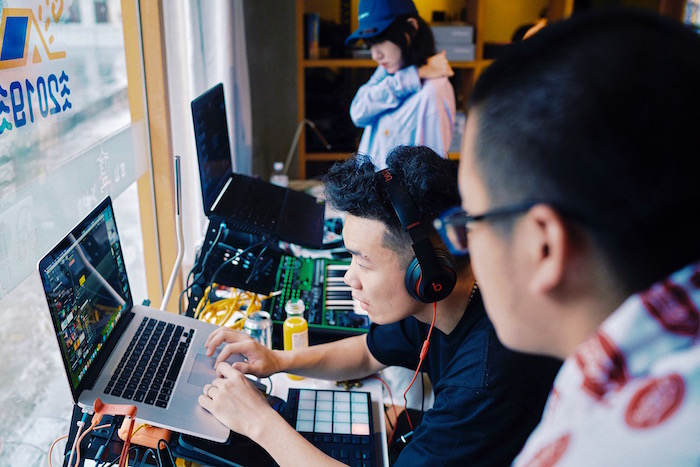 In deepest Pudong, nine students linked up with friends and mentors from Eating Music over the course of two weeks to experiment, form personal connections and learn about music from one another. The camp is a novel idea, and one that the label uses to find and bond with new, talented artists. As Eating Music founder Cookie Zhang puts it, “Lots of people don’t really understand why we do this. For me, it’s a good way to meet new artists, but the most important part is to be with musicians together, so we can get to know each other very quickly. After that we can talk about more cooperation with my label. I think that’s a very good way to start.”

Watch below to see a video recap of Eating Music Camp 2019 (VPN off):

The second annual Eating Music Camp resulted in at least one new artist signing for the label (Sdewdent), as well as a few upcoming releases from the producers who were in attendance. Another by-product of the two weeks in the countryside is the label’s new Campilation Vol. 2 release. The album is a platform, essentially, for the young artists to dabble with different sounds, collaborate with new people and to release their music into the world. These are all principles that are very important to Zhang, when dealing with young artists.

“Our artists are still growing, they’re not superstars. They’re still experimenting with their music, so I want to give them space to grow in that way,” she tell us about her approach to the label’s signees. “I don’t want to attract too much attention to our releases because that will cause more stress. I don’t want to release music by people very fast, so that they will have many fans very quickly and earn lots of money in one day.” 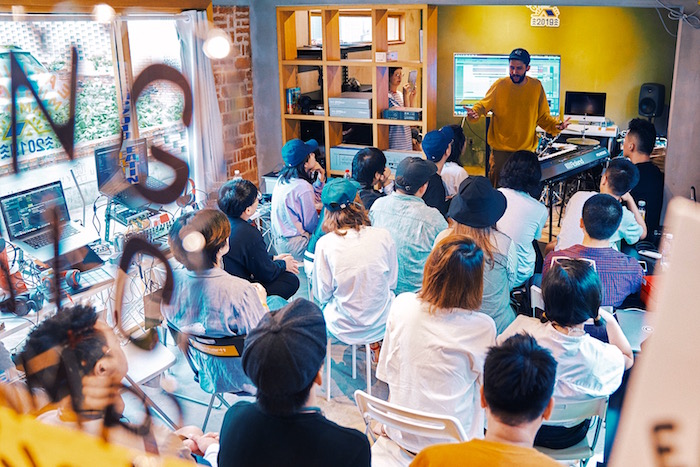 Zhang’s musical pedigree is well known in Shanghai. She started Daily Vinyl with her business partner Endy Chen five years ago, before the vinyl boom took off in China. That platform allowed the pair of music-obsessed record collectors to sell vinyl, while also expanding into hosting events, distributing and pressing vinyl for other artists. It also informed Zhang of the need to create a label that really solidified the Daily Vinyl sound.

“After some time I realized that more and more new stores were opening that were similar to ours. For us, we still thought that Daily Vinyl was special and we knew it was based on our own taste, but to other people it’s just a store,” she says, describing the thought process which led to the founding of Eating Music. “Once I realized that, I began to think that we needed to have some change. I wanted to build something of our own creation, based on what we want to show to people, something that would express our musical taste. So, I thought, starting a label is a good choice.” 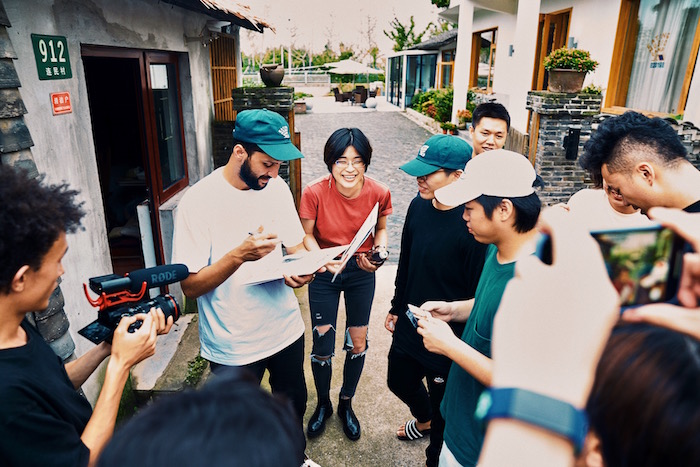 The label, which specializes in a mixture of funk, instrumental hip hop, lo-fi hip hop, boombap, jazz and everything in between, took off in 2018, with a flurry of records by the likes of Taiwan producer Kool Klone, jazz crew Little Happiness Group and prolific Shanghai-based American beatmaker Cruel Buddhist.

“I think building a label is harder than building a record store. With a record store, you can learn from what people purchase, and learn what people like by talking to your customers, but a label can’t learn from anyone else,” Zhang says, adding, “You need to create your own style. You can’t think about whether people will like your music before you make a release.”

It was in the aftermath of Eating Music’s first camp, however, that the label scored its biggest releases, with Jiafeng, StrawberryPapa and Knopha all contributing records to the crew’s growing discography. 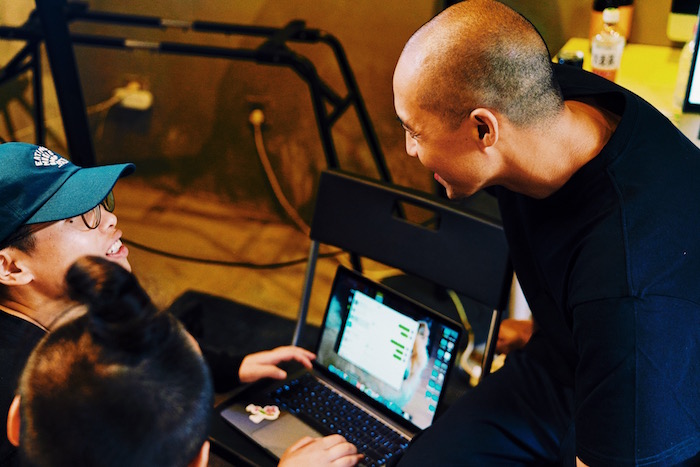 The latter of those three, Nothing Nil by Xiamen producer, Knopha, was a notable hit. “For the Knopha release, I imagined that that release would be successful, because I just thought that many people would like it. It’s not just for Chinese people, it can connect with people worldwide,” Zhang says. “We started with 300 copies for that, and we sold out pretty quickly for that release. After a month, we did a reissue and made another 200 copies and that also sold out.”

The release represents, the interesting approach taken by Cookie Zhang to releases. While, on the one hand, albums by the likes of Knopha and Jiafeng have helped the label grow fast within China music circles, Zhang is adamant about not rushing the label’s young producers to be world-beaters, preferring instead to allow them to grow at their own pace. Her relationship with more established artists helps give Eating Music’s younger producers room to breath and to grow. 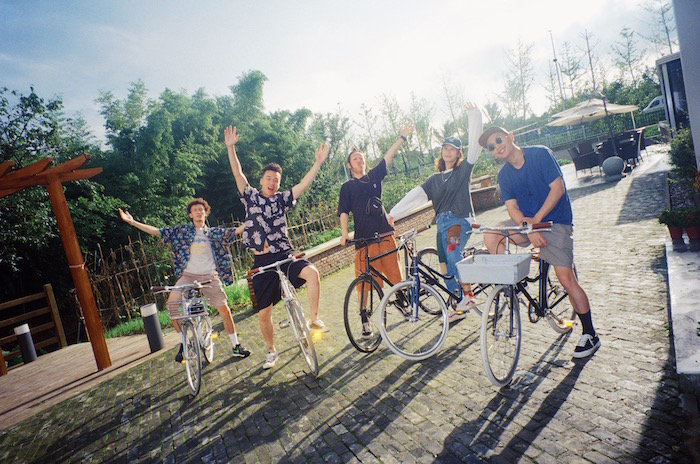 Her eye is set on the long game, rather than short term success, “The first step is to really know each other and to trust each other, so these musicians can learn the way I think and why I do certain things. Then, maybe they will decide to join with me for a long time. That relationship lasts longer than a business relationship.”