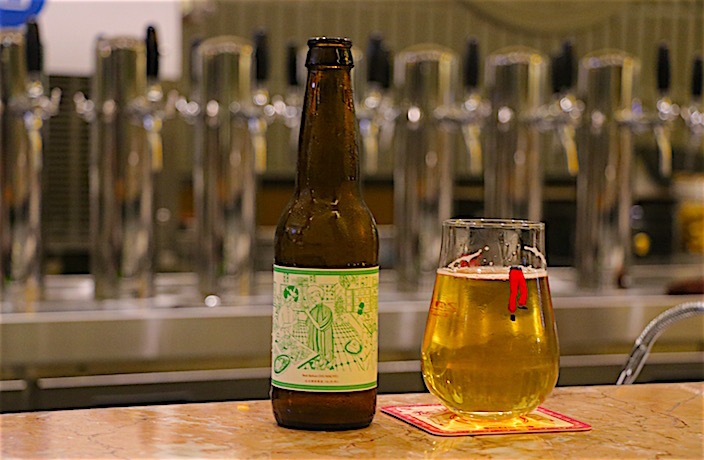 ‘Beer of the Month’ is a regular series where our editors sample a unique craft beer. This month, our Shenzhen editorial team sampled Young Master’s Cha Chaan Teng Gose!

A cha chaan teng, or cha canting (茶餐厅), is a tea restaurant regularly found in Guangdong, as well as Hong Kong and Macau. In these affordable hole-in-the-wall cafes, you’ll regularly find a salted lime drink that is popular across the Greater Bay Area. Taking these citrusy drinks as the inspiration for their Cha Chaan Teng Gose, Young Master Brewery combine the tartness of lime with the salty, mid-range alcohol level of a gose, creating a refreshing, delicious brew that tastes something like a cider.

According to Conde Nast Traveler, Young Master can be credited as the catalyst that kick-started the Hong Kong craft brewing revolution back in 2013. Their Cha Chaan Teng Gose was initially conceived as a seasonal sud, but because of the familiarity of the flavor, this drink immediately struck a chord with drinkers and has since become one of the brewery’s most iconic beers. 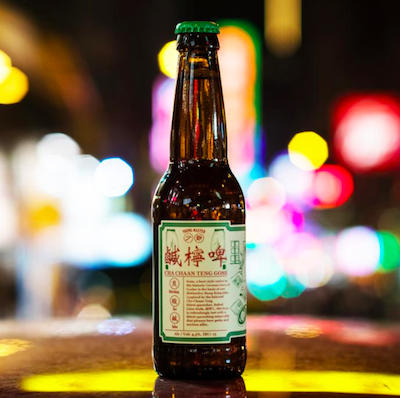 The Hong Kong brewery recently opened their very first China-based outlet, in Shenzhen’s Upper Hills development. Their brews are easily accessible, and customers based in Shenzhen can actually request canned drafts from the store, as they are set up with their own canning machine. Young Master has also been active in placing their drinks in a number of bars throughout Shenzhen, Guangzhou, Beijing and Shanghai. According to staff at Young Master, our Northern friends may be familiar with the brewery’s Island 1842 Imperial IPA, which comes in at a hot 8 percent ABV and 80 IBU.

On the other hand, Cha Chaan Teng Gose is a pleasing 4.5 percent ABV and 15 IBU. The popularity of this particular brew in South China can be attributed to the difference in weather conditions between the North and South regions of China. The guys at Goon Goon by Young Master in Shenzhen also keep a large jar of fermenting salted limes behind the bar, which allows visitors to catch a glimpse of the process these fruits go through before the flavor can be added to the gose proper.