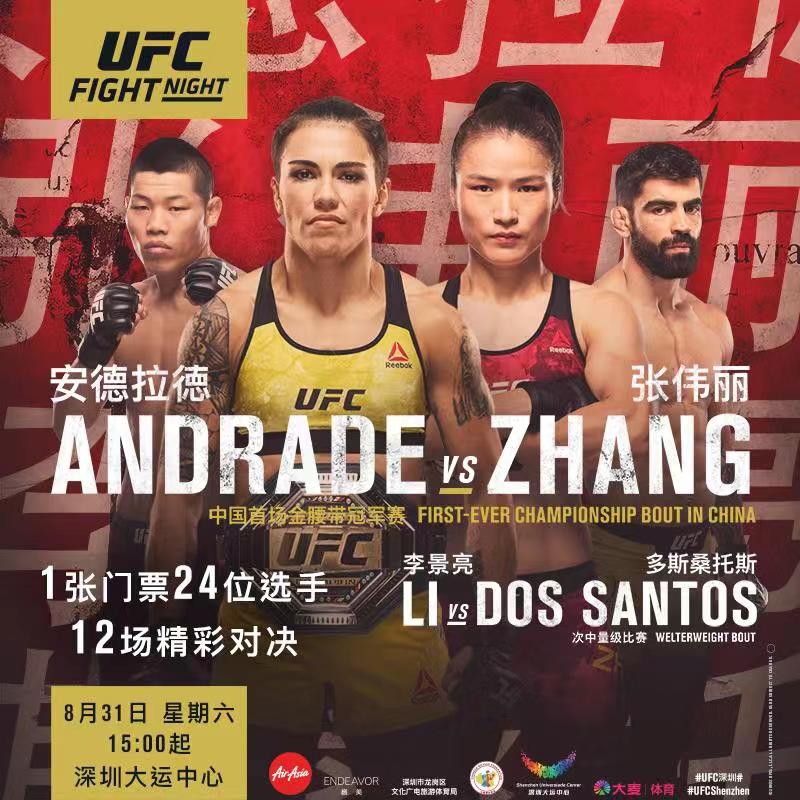 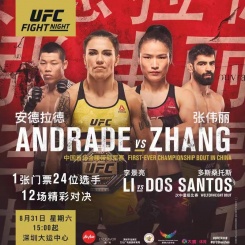 UFC will make its debut in Shenzhen, which is the organization's third live event in Mainland China in three years. It will feature the first-ever UFC championship fight held in China, as well as the first-ever Chinese athlete Zhang Weili to compete for a UFC title.

Zhang Weili (19-1, fighting out of Beijing, China) is the highest-ranked Chinese UFC athlete in history and has had 16 of 19 wins via finish, including nine by KO and seven by submission, with ten first-round finishes.

Jessica Andrade (20-6, fighting out of Rio de Janeiro, Brazil) is the No.15 ranked pound-for-pound fighter in the world and is on a mission to buid her legacy as the new champion by stopping Zhang's 19-fight win streak.